July 1, 2020 by Dimithri Wijesinghe No Comments

Actors, performers, and well-known public figures in the Sri Lankan entertainment circuit, Saranga Disasekara and Dinakshie Priyasad have recently been brought to the centre of attention for their back-to-back stories on the general goings-ons in their lives in the name of creating celebrity intrigue amongst the general masses.

One such story is the more recent and positive news of their engagement, which they adorably announced on their social media with the obligatory “she said yes” courtesy of Saranga, and “I said yes” by Dinakshie; the news was met with much positivity and some adoration from their fans. 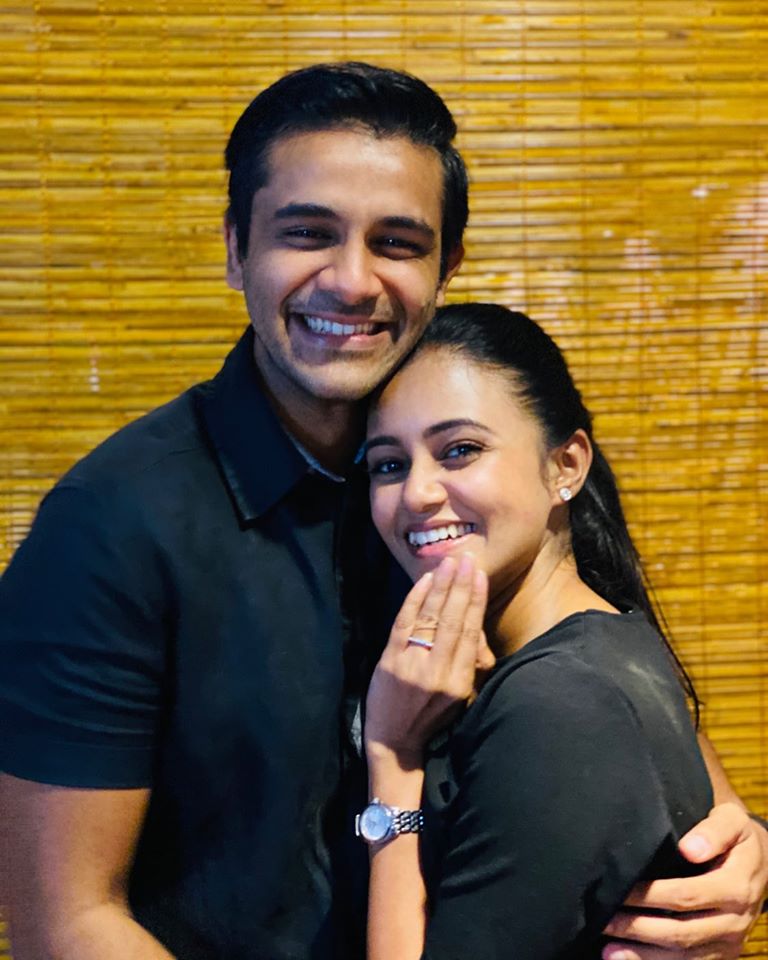 The Morning Brunch spoke to the happy couple about the intricacies of maintaining a public image and the added difficulties involved in cultivating a romantic relationship in the eyes of the public, to which they spoke so very candidly and openly in a way that was truly surprising, particularly considering how both Dinakshie and Saranga come from families that have always been parts of the industry. One could assume that they would be weary of speaking about their lives. Yet, they were gracious and so we extend our gratitude for their candidness.

The first of many controversies, the one which they were most cautious in addressing, was the so-called “blackface” debacle. To give some brief background information, this was when Saranga played a character in the television show Lansupathiniyo named “kehel susa”, a villainous character who sports a darker skin tone than the actor’s natural tone with the aid of makeup. The character, which was well received on local television, was brought under the spotlight at an unfortunate time when the Black Lives Matter movement was at its peak in America.

Saranga addressed this controversy sharing that it was essentially a non-issue. While he shared that they wish not to reignite something that was triggering to some, explaining that the backlash was by persons online looking at it out of context and fired back at the actor and the director along with whoever made casting choices, Saranga said that this is quite absurd as in Sri Lanka, racism against the African Americans is not a thing of prevalence. He said that we as Sri Lankans were not a part of the oppression that has taken place in America and that we are far removed from that scenario.

While we can empathise, we are a different culture – a culture where skin tone is a spectrum. In our entertainment history, we have many examples of portraying characters with darker skin played by locals who were aided by the help of show makeup, which is its purpose in the first place, Saranga shared. To the above, Dinakshie added that while on her part she believes she should not have fuelled the fires by replying to those critics online, she felt that she must say something at the time. However, regardless of what happened, she hopes the incident is past them now and they wish to move on.

It would appear that the backlash received online was what incited their most recent video which has garnered quite a bit attention on their joint YouTube channel “Saranga-Dinakshie Online”. A video titled “did you see the link”, which is a PSA-style video, encourages those online to think twice or more before they choose to post something negative online under the protection of the internet’s anonymity.

Dinakshie shared that the event that truly inspired the video was a recent incident where a young girl named Adithya was subject to harsh online bullying having performed for a show on television. Dinakshie shared that for herself, she has reached a state in her life where she has developed a thick skin when it comes to unwarranted harsh bullying courtesy of the internet. However, seeing what the young girl who is still only a child had to go through, she felt she had a responsibility to speak up. “I knew how that felt; she is still a child and she does not yet understand how cruel the real world can be,” she said.

She went on to state that while they cannot expect everyone to share the same wavelength and everyone is entitled to their own opinion, she hopes people take into consideration the feelings of others – whether they are public figures or not and whether the words would affect another negatively or positively – and at the very least think about oneself; to think about how these hateful words would only fill one with negative energy.

Saranga-Dinakshie Online is a platform that the duo utilises to keep in touch with their fans and to showcase the numerous content they create in order to get closer to those who enjoy their work. About the channel itself, Saranga shared that it was originally his own and that he would share trailers and upcoming work with his audience. However, as Covid-19 happened and most traditional media platforms were somewhat brought to a halt, they had decided to take up the opportunity to maintain their link with their fans and also continue to create content via their online platform, exercising their creative muscles in the meantime.

Considering how the channel has amassed wide popularity averaging on thousands of views, especially after their viral hit titled “yannada epada”, we asked the duo about the eventual pressures to churn out content and the social responsibility they as public figures have in order to maintain a certain image while also keeping things fresh and entertaining. They both said they have decided to only publish content which they feel strongly about and not to give into the mad rush of content production. They wish to create clean, family-friendly content that is entertaining, and if you choose to look a little deeper, you can even walk away with a message.

About creating content on a platform such as YouTube, we also asked them about the nature of audiences and how nowadays there really cannot be a distinction between content for a “local” audience versus an “international” audience, and they too acknowledged this. However, they added that from those who consume their content, there is a clear divide between those who are aware of the global nature of entertainment in the present day and those who remain in a very closed mindset of likely misguided ideals and cultural dogmas. 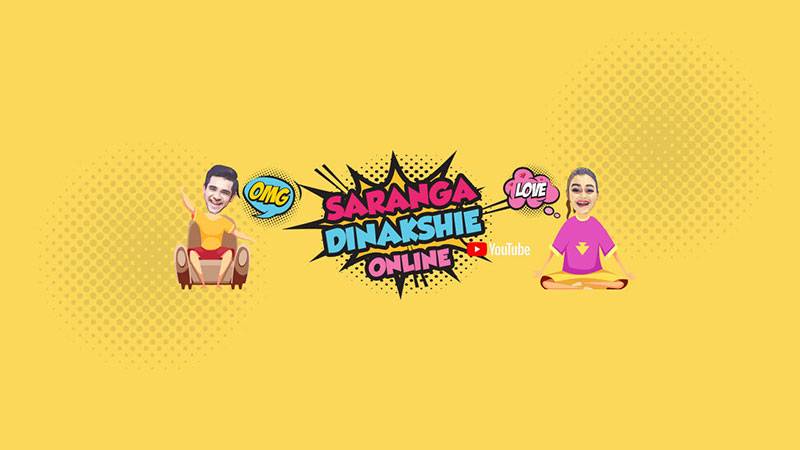 Saranga shared that they often face issues when they put together content – issues as simple as occasionally using the English language and how they receive numerous comments from people who would accuse them of betraying their mother tongue for the use of a foreign language, and then those who are overtly critical and self-conscious of the use of foreign languages where they project their fears of not speaking perfectly even though you are not expected to as it is in fact not your language. But these roadblocks are natural, he said, when you publish content online and he believes that it is their responsibility to open up a space where people from both sides of the divide can come to be entertained while also helping those who may remain stuck on one side to move forward.

Finally, to end on a positive note, we asked the couple about their wedding plans (not to pry too much but we were curious) and how they hope to proceed with the upcoming nuptials. Dinakshie shared that if the pandemic situation eases up and turns out to be more predictable, they are most definitely going to have their wedding in 2020.

Our pain is greatest because it’s ours

December 14, 2020 byNethmi Liyanapathirana No Comments
This month sees the release of Funny Boy, the film based on the 1994 novel of the same name by Sri Lankan author Shyam Selvadurai.

Do you know your rights?: Things you should know when purchasing an apartment

May 23, 2021 byNews Admin No Comments
With the prices of land rising and people wanting to live closer to cities, the concept of owning and living in an apartment has become a reality to most persons living in Sri Lanka. If you look at Co