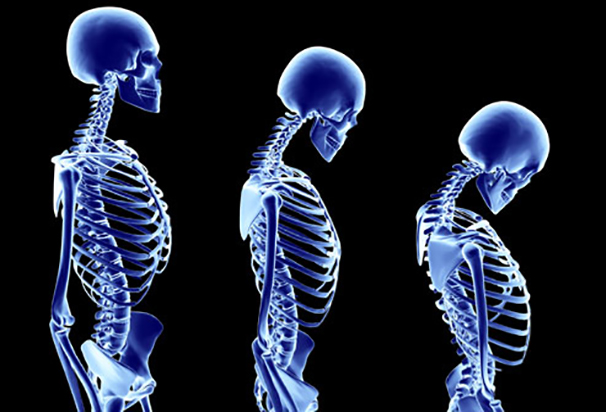 Sometimes, our bones hurt. This happens to most of us and we know how much pain we endure until we either get a good massage or keep stretching the area till it feels better. It’s very difficult to feel comfortable when bones hurt and sometimes, it is even impossible to get through the day.

That being said, one can only imagine how torturous it must be to go through this pain every single day.

Indeed, most of us are not unaware of individuals, especially the elderly, often complaining of aches in their bones, who are sometimes even unable to complete simple tasks such as picking something up or getting from one place to another.

One disease that causes such pain is osteoporosis. Osteoporosis is a bone disease which cannot be transmitted from one person to another, but occurs naturally in many people. It is known famously as a disease in which the bones are weakened, thereby causing people great pain when they have to make movements. But there’s more to it than that.

Dr. Viani Dias, who has worked with many people with orthopaedic problems for her forensic research, enlightened us with the knowledge that just like skin, bones too degenerate. She said that old bone cells die off and new ones are formed as a result of the constant mitosis occurring in the cells that make up our organism.

According to her, what occurs when one from suffers osteoporosis is that this turnover of new bone from old bone is less and hence less of this new bone is formed. The unfortunate thing about having more old bone than new bone is that bones, when ageing, begin to become more and more porous.

Dr. Dias explained this by comparing the bone to a sieve with many small holes in it. Consequently, it reduces the ability of the person to make use of that bone the way he or she used to, simply because it is not as intact as it was before. This is what makes the bones so brittle and deprives it of its ability to function.

Dr. Dias also used the example of old people who are extremely hunched to explain this phenomenon. The spinal column of these people, which is made up of 33 small bones known as vertebral bones, has degenerated so much that it cannot hold the skeleton upright anymore. Hence, the person is hunched and appears to be shorter than he or she actually is.

How does one know if one has it?

The greatest issue when it comes to osteoporosis is that it shows no symptoms. Pains and aches are simply not enough to warrant that label with a diagnosis and therefore, a whole body check-up is required in order to identify the disease. There are instances when a specific type of pain or similar symptoms can result in a diagnosis of osteoporosis, but, as Dr. Dias said, that is only the case when the disease is extremely severe.

However, there are several risk factors a person can be mindful of when considering whether or not a check-up is necessary. Dr. Dias said that women ought to be more vigilant and mindful of it as overall, they are more at risk of developing the disease than males.

This is also connected to the risk factor of having a smaller frame and body mass, thereby not having enough nutrients which ultimately reduces the amount of new bone turnover and hence, results in osteoporosis. Along with this, old age is also a great risk factor. Dr. Dias said that after about 30 years, bones and also the rest of the body start to work at a less optimal level, which leads to such diseases. This is why males, no matter how large their body mass may be, are still at risk.

However, the risk facing women is greater, especially once they enter the stages of menopause, warned Dr. Dias. Upon reaching menopause, the female body stops producing the hormone oestrogen, which is instrumental in the production of calcium in the body. Through common knowledge, we are quite aware that calcium is a mineral vital in maintaining bone strength. Therefore, it becomes clear that when its production is prevented, the bones are left with more space to become brittle.

Another hormone, Dr. Dias said, involved with osteoporosis is the thyroid hormone. She shared that when more of this hormone is produced, its effects are linked to the reduction of calcium in the body, resulting in the agonising outcome.

Besides this, a little bit of genetics too play a role in the occurrence of this disease. Dr. Dias mentioned that those of White and Asian races are more at risk than others, making it alarmingly applicable to us Sri Lankans.

Consequences of the disease

As we established, osteoporosis makes bones weak. According to Dr. Dias, the greatest danger of having this disease is that it makes a person very easily susceptible to fractures.

Which parts of the body are mostly affected?

Dr. Dias made it clear that absolutely any bone in the body can be affected by osteoporosis. However, she also mentioned that the most common bones that are most often affected are the 33 vertebral bones and the hips.

While another familiar complaint heard from elderly people is about problems in their legs, especially the knees, this is usually a somewhat similar disease known as osteoarthritis and must not be confused with osteoporosis.

Nevertheless, we must not forget that any bone can be affected by osteoporosis.

When it comes to osteoporosis, the cure unfortunately is not one that can be looked at easily. The replacement of the bone or the usage of stem cells – cells which still have the ability to undergo mitosis and specialise in their functions – must be considered. For the damaged bone itself, however, there is no going back.

Prevention, on the other hand, is very possible and is very well encouraged. These measures are those we have heard before – good exercise and a good diet aimed at preventing osteoporosis. Dr. Dias said the consumption of adequate amounts of vitamin D and calcium is a place to start.

This simply goes to show how important living healthily in one’s younger years is.

Who is behind the sheen ?

October 3, 2019 byThe Sunday Morning No Comments
Last week, we brought to you the tears, smiles, hopes, and dreams of those who shed their sweat and blood in the cold dark mines to bring lustre to the Emerald Island.

August 5, 2020 byJennifer Anandanayagam No Comments
“Deviyan Wahanse” is the new short film by Zeeshan Akram Jabeer. It’s a story about Anton, our protagonist; his life, his livelihood, and if you are to look a little bit deeper, about faith.