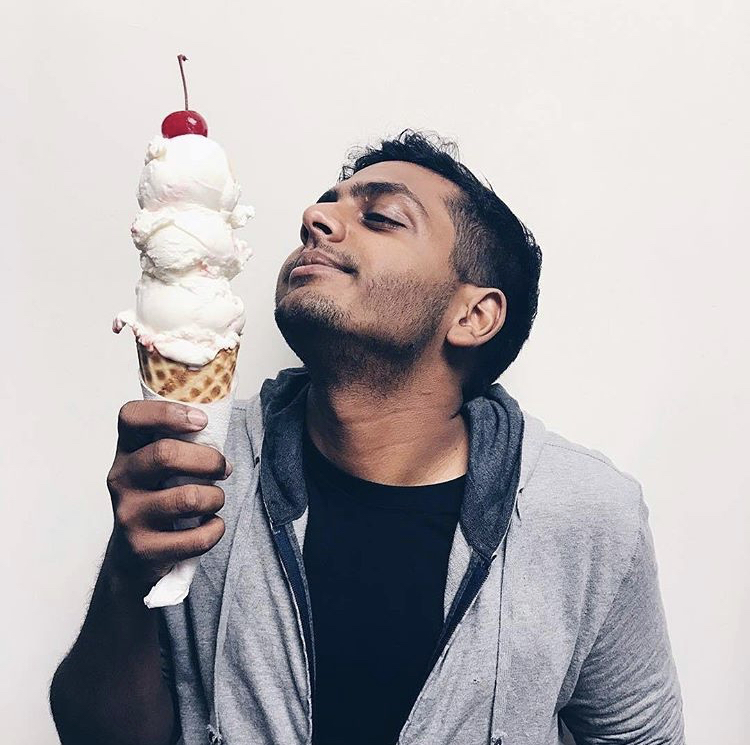 Getting that bread with Bhanuka Harischandra

Happy November everyone! We here at Happinez hope you are all keeping safe and healthy. This week’s cover feature is on someone you guys have to know if you are on social media, and if you do not, let me shine some light on Bhanuka Harischandra, also known as Bhanoob on the ’gram. He is the Founder of Surge Global (fun fact: The name was inspired by a gym leader in the Jhoto Region of Pokémon!), a tech-marketing company that helps businesses from all over the world. If you have heard of Avocado Deals, Bhanuka is behind that amazing app too! It is currently where his focus is at and you should all definitely get on it – create content, get points, and enjoy!

Bhanuka’s story begins when he was a teenager, playing video games. The launch of “TheGamersCottage”, a network of over 600 creators which gained the views of millions of people, helped Bhanuka further understand the concept of content creation and digital platforms. Fast forward to a few years later, Surge Global was established, which we will discuss later on. Asking Bhanuka what his passion was, he noted: “Honestly, it’s building things. I like seeing the wheels churn when things are being built.” We can see that in the amazing things he has done so far and we cannot wait to see what lies ahead. Aside from Surge and Avocado, you might know of Bhanuka’s other work such as Simplebooks, Watchdog, and Rooster. Without further ado, let’s see what else he had to say!

Do tell us the story behind your Instagram username!

So my Instagram username comes from my YouTube one. This was made a really long time ago when me and my friends were heavily into “Ninja Saga”. “Noob” basically means newbie/beginner, or someone who was terribly bad at the game. It was a friend of mine who made jokes, mixing “Bhanuka + Noob”, and I embraced it.

Talk to us about how Surge came about.

Surge has been running for five years now – it started with me and Chathuranga. Over the first couple of years, we were really just finding our footing. In 2017, we were approached by a private investment organisation called Tavistock – a fairly large organisation with over 200 businesses in over 16 countries. They reached out to us and said: “Hey, we’re interested, how can we work together?” After a while, we got an offer for an investment and it was a bit of a tricky time, for us to understand whether we should do it or not. We ended up doing it anyways, and went through this whole due diligence exercise. I realised that we were good at marketing but not at running a marketing business.

Operationally, I am a terrible person to run a company so we spent a whole bunch of time trying to get everything together, solving our problems and whatnot. It took about six months. In mid-2018, we got approved and we started growing a lot faster. In year one, it was me and Chathuranga. Then, we went to eight people, then 12. In year five, we are at roughly about 50 people. We went from servicing customers predominantly in Sri Lanka to companies in the US, the UK, Australia, and so on. Right now, it is pretty global – we have a relatively small presence in Europe but we are pretty big in the US. The services have really transformed from what we did then to what we do now. There are three things; helping businesses with strategy, the actual execution of it all, and then finally we have technology wherein we can actually build the platforms for the businesses to build content, understand their data, and whatnot. So, Avocado is really an extension of those services.

What would you say motivates you to keep going every day?

I really enjoy doing what I do.

What would you say has been your biggest challenge thus far in terms of the business?

It would be the due diligence process that we went through for the investment of Tavistock. It wasn’t something that I was prepared to do.

And the most memorable experience?

The most memorable experience was the same; it was getting over that crazy hump and actually doing the deal.

Aside from this, how would you say the response from your parents, friends, etc. was when Surge started growing into/becoming what it is today?

Look, it took a lot of getting used to. Everyone thought it was a bit of a fad, I couldn’t blame them either.

What advice would you give to aspiring entrepreneurs in the marketing industry?

If you look at marketing, it is basically understanding your customer and building around it. It involves a certain level of “can you understand customers?” Once you understand that, how you communicate with them, how you interact with them, what platforms you can communicate on, what the technology behind it is, and how you can execute it, are all available in terms of educational material. It is online and it is free. Google, Facebook, HubSpot; all of these platforms have really complex courses that they give out for free. All of these are readily available. You can try building something, try running some ads – it is very easy to pick up these skills.

But on a more serious note, which is your favourite Pokémon and why?

And what is your go-to Uber Eats order?

The sushi rolls at Togarashi, but that’s a biased answer.

August 1, 2021 byPavani Jayasinghe Munagamage No Comments
Music is such a big part of our daily lives, whether we realise it or not. With that being said, there are so many talented people out there in the world, and even right here on our beautiful island.

July 23, 2019 byPavani Jayasinghe Munagamage No Comments
Dhanith Sri is a Sri Lankan singer and songwriter born on 22 December 1994 in Kandy. Dhanith is one of the most popular artists in the local music scene at present