January 10, 2022 by Dimithri Wijesinghe No Comments

Go Catch a Star is a children’s book which tells the story of a young girl being brought up by her grandparents and her experiences of living rural life. Written by Darshani Abeyrathna and illustrated by Erandathie Damunupola, the book is the author’s first published work, launched on 13 December 2021. 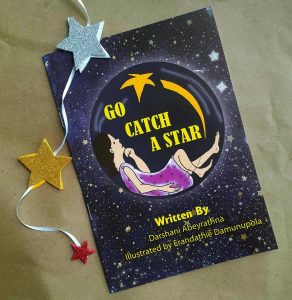 Cover of ‘Go Catch a Star’ 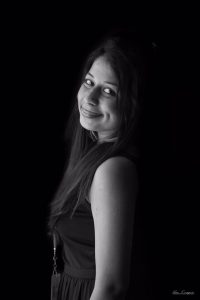 Darshani is a journalist and a university lecturer teaching English language and speaking to Brunch, she shared that as a language enthusiast she has always felt the urge to contribute her own story to the literary works in Sri Lanka.

She said that she especially wanted to write for children because of her experiences in the past couple of years amidst the Covid-19 pandemic and having seen how, in a way, children were stripped of their childhood as a consequence of the pandemic.

She shared that while she herself felt isolated and detached, and how children who would otherwise have had vibrant experiences playing outside, especially playing and interacting with others, they were no longer able to do that.

Darshani also noted that her motivation primarily stems from her desire to encourage children to get back to reading, to discover the wonders of reading. She said that children often are more inclined to go on YouTube or on social media nowadays than pick up a book and read. So, she wished to create a type of resource where it could be utilised to encourage children to interact with the pages of a book.

She said that she utilised some children’s development theories and incorporated them into her book, especially Kohlberg’s theory of moral development, which is a theory that focuses on how children develop morality and moral reasoning. Children will be exposed to this learning of moral judgement and the exercise of those mental muscles. 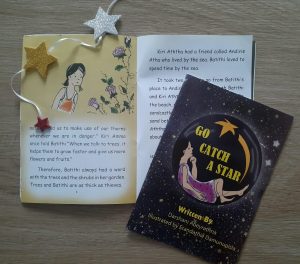 In addition to development theories for children, the book also gives a hopeful and inspiring message, encouraging children to always remember that you must “shoot for the moon, even if you miss it, you will land among the stars”. 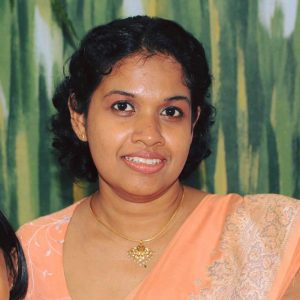 Darshani also shared that her collaborator in the project, Erandathie – her illustrator – is actually a colleague of hers at her university. She noted that Erandathie was a great help to her, supporting her from the very inception of the idea stage to the point of publishing. She said: “I have been thinking about doing this for a while, and when we were discussing it together I thought since she really has a knack for illustrations and I am a writer, why not collaborate on something?”

She noted that she has several other children’s stories which she has already written to completion and she is hoping to publish them by the end of this year, potentially by late August, adding that she is incredibly proud of her work and she looks forward to the experiences children will have with them. Darshani shared that hopefully she will be able to continue writing stories for children, and eventually be able to become a prominent children’s novelist in Sri Lanka.

June 7, 2021 byNews Admin No Comments
In celebration of World Environment Day 2021, the Wildlife and Nature Protection Society’s Wild Kids invites you to “Backyard Wildlife”, a photography competition for all children between the ages of

Are national parks set to become our own version of Aladdin’s cave?

July 25, 2021 byNews Admin No Comments
It is no secret that our relationship with Sri Lanka’s national park is complicated, to say the least. 2020 was a horrible year for wildlife and ecological conservation. We saw records breaking when i