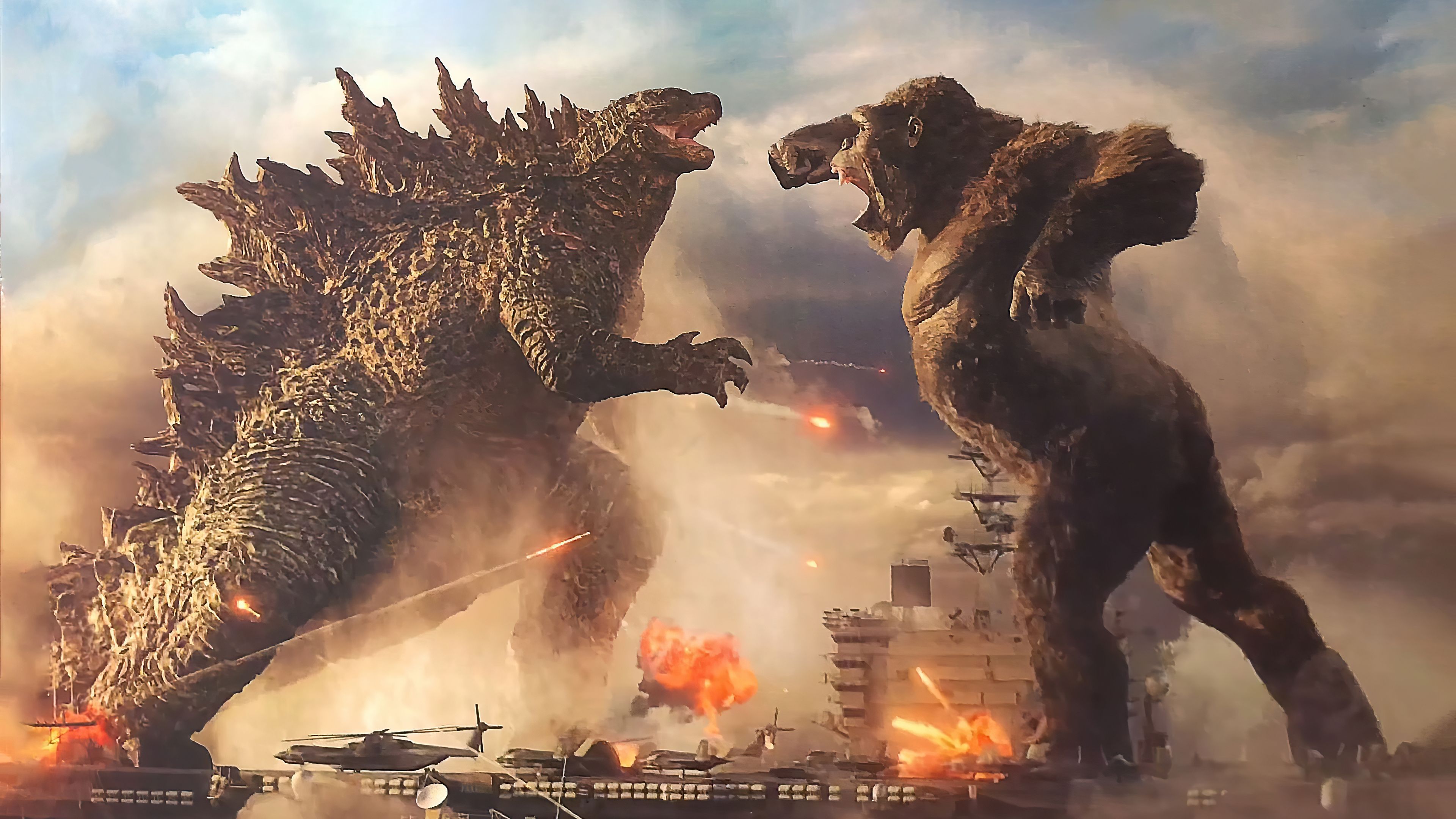 Godzilla vs. Kong – Should we buy into the hype?

There is obviously nothing we anticipate more than a big blockbuster that features a crossover between two iconic figures. After all, Batman v. Superman was all the rage back in 2016, since everyone was licking their lips at the prospect of finally being able to see the rivalry between the biggest names in the DC Universe finally make the big screen with a huge budget production. But rather unfortunately, Batman v. Superman did not live up to the hype. Perhaps the simplest explanation for that is because crossover films are very hard to pull off correctly.

Of course, there are obviously some examples out there about how to film a shared universe the right way. We only have to look no further than a couple years back when the conclusive film to the original MCU franchise came out, titled Endgame. What made Endgame such a success was because it was being built off of years of success from previous instalments to the MCU franchise which is why it did better than the DC Universe did with Justice League. But where does that leave Godzilla vs. Kong? What response is the film likely to receive from fans when it comes out next month?

The very simple reason why I raise this question is simply because everyone I have talked to about the film has a very different expectation about how the film will go. Some of my friends were rather disinterested with the film completely despite being huge fans of the Godzilla and King Kong franchises respectively, simply because they did not want to buy into the hype that it was actually going to live up to expectations.

Some of my other friends expressed doubts about the direction the film will take. While we would like to expect the film to focus on the central plot that it is all about the showdown between Godzilla and Kong, there is a concern as to whether that will remain the focus as the film progresses.

In Batman v. Superman, the focus shifted from settling the duel between the two great rivals to teaming up against an even bigger threat that came in the form of the supervillain “Doomsday”. The director, Adam Wingard, assured fans that it will not turn out this way, and that there will be a definite winner by the end of the movie. Still, it is extremely hard to settle a confrontation between two fan favourites by actually picking one of the two characters to take the role as the protagonist of the film and emerge victorious over the other, since that will upset some of the fans.

In addition, both King Kong and Godzilla are difficult to antagonise, since they both have appeared as anti-heroes in their own films in the past. So there is a very real chance that this film might be disappointing to some die-hard fans in this genre. While Adam Wingard did say that a winner will emerge, I still have my doubts if that will actually happen. After all, the original 1962 film Godzilla vs. Kong ended up with both of the giants falling into the sea with neither emerging as the clear victor. But if there does turn out to be a winner, then it will at least end up better received by critics and fans than Batman v. Superman.

But enough negativity, because there is obviously no reason why I should go down one route and assume that the film will be terrible simply because I heard possible criticisms about it from a few of my friends. After all, you have to give a movie a chance to prove itself when the spotlight beams on it in a month from now.

There is a very real chance that the film could blow us all away and amaze us all with the direction it takes. Sure enough, one set of fans might end up disappointed if their favourite behemoth does not win, but that does not mean the ending of the film cannot lead into a potential rematch in a future sequel.

After all, if the film does really well in the box office and ends up being well received by critics, then a sequel is usually almost always made. Hollywood is a business after all, so they will take advantage of any chance they get to further milk this heavyweight boxing match and even turn it into a possible franchise in the future.

So with that being said, the hype this film has generated will speak for itself a month from now and prove the critics right or wrong. Are you Team Godzilla or Team Kong for this one? Whichever side you are on, the film will definitely be at least visually breathtaking and we are certain to see a few amazing fight scenes in the process.

SELF-CARE IN THE FACE OF COVID-19

April 5, 2020 byPavani Jayasinghe Munagamage No Comments
The name “Covid-19” itself has now become fear- inducing. The novel coronavirus, or Covid-19, is a pandemic that has swiftly started to take over the world, impacting the wellbeing of not just those w

Expressing yourself through colour and movement

June 7, 2020 byKusumanjalee Thilakarathna No Comments
It’s Sunday again, and Auntie Yasodhara is back to talk to you about art and creativity.