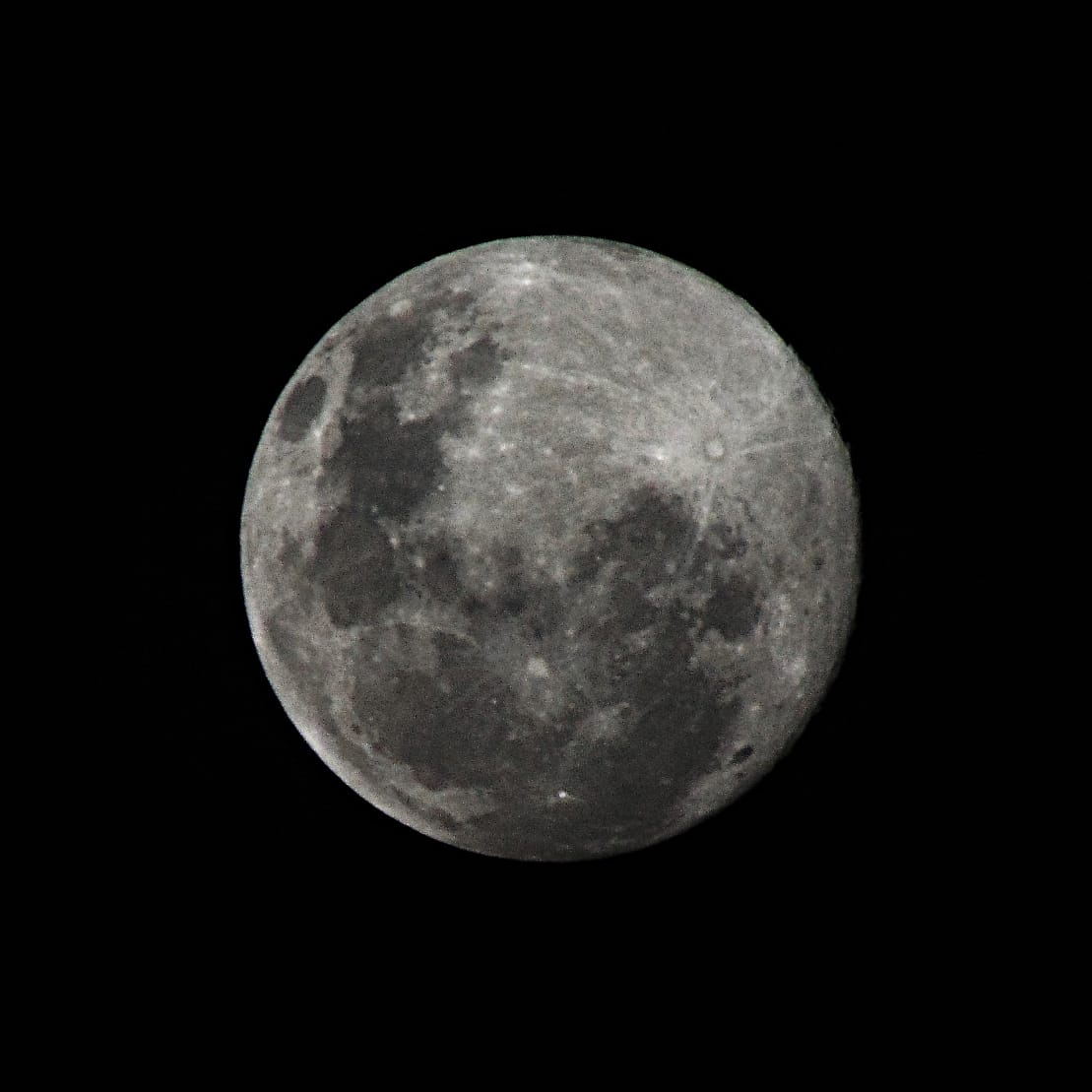 ‘Going where no man has gone before’: Meeting the Sri Lankan writers whose work is going to the moon later this year

The moon is something we all know but hardly understand – well, the majority of us, anyway. Its mysteries are somewhat unlocked here on Earth in the sense of the lunar calendar and the impact the moon has on our horoscopes and all that, but in actuality, the physical moon itself is not something that captures our imagination…unless someone is visiting it. There will now be two Sri Lankans who make an impact on the moon, visiting it in the most unique way. They are science fiction writers Yudhanjaya Wijeratne and Navin Weeraratne.

Navin Weeraratne has been a science fiction fan all his life and has been writing since childhood, publishing his first book in 2013 and going on to produce several more. His 2018 book Zeelam, which was about a government failing to take warnings of a large attack in Colombo seriously, was shortlisted for the Fairway Award in 2019.

Yudhanjaya Wijeratne is a science fiction writer who has published a number of novels since 2017 with Harper-Collins as well as through a number of book deals with other publishers. His books have had great success in India, Sri Lanka, and the rest of the world. His most recent book, The Salvage Crew, was turned into an audiobook narrated by Hollywood actor Nathan Fillion and went on to top a number of best selling lists around the world, including becoming a Washington Post bestseller and briefly outselling the memoirs of former US President Barack Obama.

The Sunday Morning Brunch caught up with both Wijeratne and Weeraratne on what it’s like to be the first two Sri Lankan writers – or Sri Lankans, really – to make it to the moon. 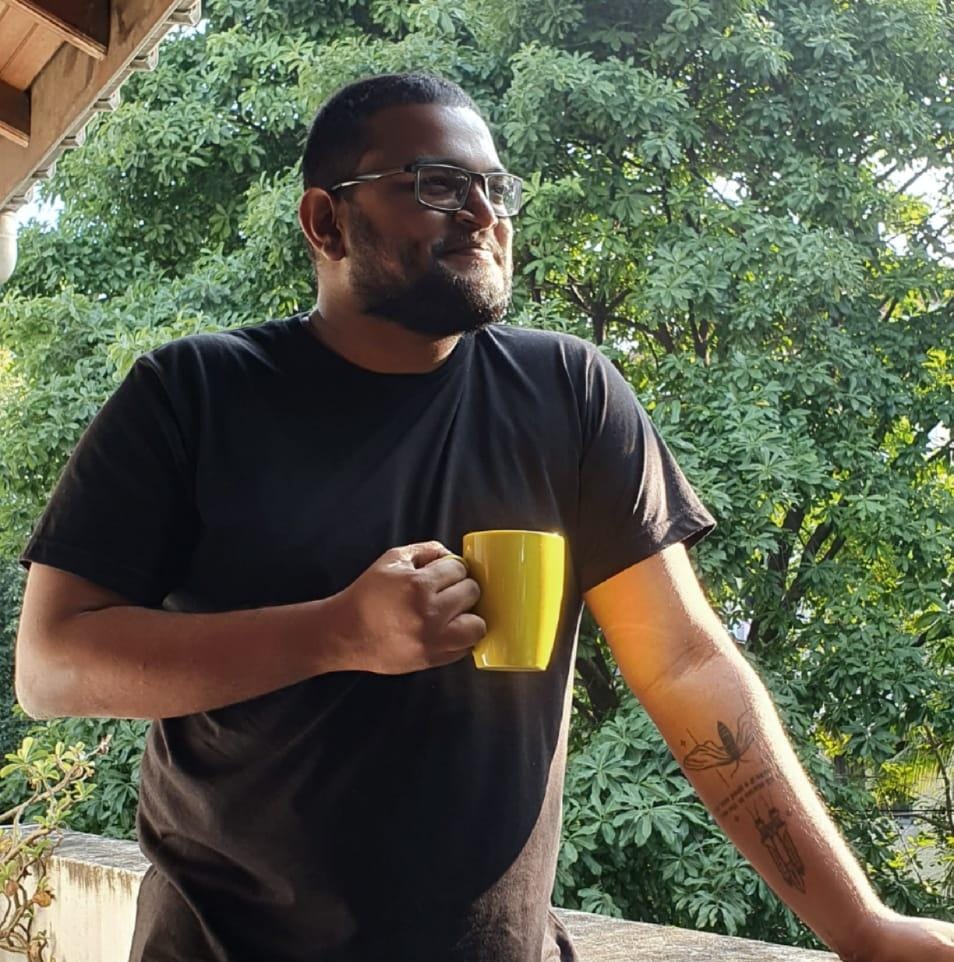 “One day, future humans or aliens or some other form of sentient life may be able to decode and understand what our life and our art was like in the same way that we decode graffiti on columns in Vesuvius”  Yudhanjaya Wijeratne

Making it to the moon

Speaking on how it came to pass, Wijeratne explained that the invitation to contribute work to the time capsule to the moon came through his association and working relationship with Emmy Award-winning producer, poet, physicist, entrepreneur, and science fiction editor Samuel Peralta who consolidated his own network of writers he had worked with over the course of his career to send the work of over 1,000 authors from all around the world to the moon in this time capsule as the “International Library on the Moon”.

“Samuel (Peralta) essentially secured the opp to take a few published works on this trip of the Peregrine Lander,” Wijeratne explained, adding that this is something that is prohibitively costly to do, with it costing millions of dollars per kilogramme to send stuff on the Peregrine Lander. With the option to send either his own work or the work of other authors, Peralta began compiling lists of his collaborators over the years to put together a small snapshot of his network to send to the moon.

“Essentially, this network is supposed to represent human civilization as it is now. To freeze that and send it up there so that one day, future humans or aliens or some other form of sentient life may be able to decode and understand what our life and our art was like in the same way that we decode graffiti on columns in Vesuvius,” Wijeratne said.

Weeraratne explained that his contribution to the International Library on the Moon came through the recommendation of two fellow authors, one of whom was Wijeratne whose own submission to the library included an anthology that featured one of Weeraratne’s stories, and through author Sonia Rao who put forward a charity collection curated by a post-apocalyptic fiction writer named Kate Pickford.

“Kate had asked me to submit a story to a charity piece she was doing to help an old lady in Armenia, who was being abused by her own grandson,” Weeraratne explained, adding: “Peralta decided to include both collections.”

Sri Lankan science fiction in the ‘International Library on the Moon’

So what are the stories these two visionary authors have put forward to be in this interstellar library?

Wijeratne shared that in his case, he was putting forward multiple pieces – a short story called Beatnik that talks about the future of crime; an anthology he has edited called Moh’s 5.5: Megastructures, which tried to imagine structures being created by humankind and is inspired in part by Arthur C. Clarke’s work on megastructures; an unpublished work, Soneto de Guerra Inconscientes y Otros Poemas del Autómata,  in collaboration with Peralta that is a collection of poetry written with the support of the artificial intelligence (AI) poet-bot OSUN; and a story that is featured in the charity anthology Hellcats.

“The work I’ve put forward is weirdly representative of who I am as a person,” Wijeratne shared. “Beatnik is the kind of work I do most – very near-future, talking about economic and power structure and how systems are perpetuated. Megastructures is very much in line with space and what fantastic things could be out there and so on. And then we have the work with OSUN,  which is AI and poetry and using AI to create poetry, and the simulation of art, if you will. Then you have Hellcats, which is about cats, and I love cats.”

Weeraratne has also put forward multiple pieces of work like his short story The Greatest Being in the World, a surrealist piece about a gangster cat trying to protect his turf from a group of Chihuahuas, while at the same time trying to get his human owner a date. His other piece of work headed to the library is The Doom That Comes Like Ants, the tale of a man at the edge of the solar system who keeps cloning himself, so he can wage war against the species that have succeeded humanity.

“It is about how dangerous a person can become if they refuse to face a reality they don’t agree with. It is also about a ‘megastructure’ I came up with – a scientifically accurate device that can warm distant, icy worlds into places humans could live. Both stories are going to be on YouTube for people to listen to,” Weeraratne added. 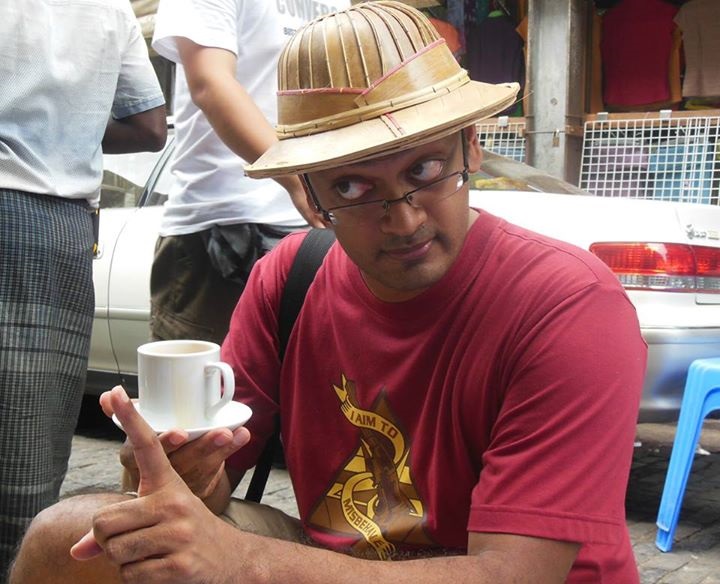 “It will be the only thing that is left of me. If another species finds it and deciphers it, then I will have the great fortune to live on as part of our culture’s contribution to theirs. This may be what galactic culture looks like”  Navin Weeraratne

Time capsule: Like sending a message in a bottle?

The International Library on the Moon is not being sent up with a goal in mind, at least not the kind of goal we understand. It’s being sent up purely as a snapshot of the literature of our time that may or may not be opened at some point in the future.

“It may never be opened at all. However, if it is not opened over the next few centuries, then I don’t think it will be opened for millions of years – and not by people,” Weeraratne said. “One reason there don’t seem to be any aliens around could be that space is so vast; intelligent species go extinct before they have time to meet or hear from each other. In which case, the only way they can communicate is across time.”

Wijeratne weighed in, explaining that to him, there were two ways the time capsule could be discovered and used. “One is a humanless future where we don’t exist in the form we are now. There could then be future anthropologists from what remains of the human species or aliens altogether trying to understand past civilisations and treating it the way we do hieroglyphics from the ancient Egyptians. The other way is through subsequent missions to the moon, hundreds or even thousands of years hence. People will open this up and have preserved for them what our art was like.”

The moon is a planetary body that has no atmosphere and no external forces acting on it, which makes it particularly able to act as a repository. “The moon has no weather, no volcanoes, no erosive forces. The lander, unless deliberately visited by humans, will remain there untouched and undamaged for potentially billions of years,” Weeraratne said, adding that contribution to the time capsule will transcend space and time

“It will be the only thing that is left of me. If another species finds it and deciphers it, then I will have the great fortune to live on as part of our culture’s contribution to theirs. This may be what galactic culture looks like – one race leaving stories for the next who must then contribute their own and pass all they have gathered forwards to those who will follow them, in turn,” he added.

Is the moon a future Earth?

With all this talk of visits to the moon, both present and future, one can’t help but wonder if some of our dystopian science fiction will come to pass and the moon could become an alternative to Earth. But Wijeratne and Weeratne were quick to dismiss this as a possibility.

“It would be quite stupid,” Wijeratne said. “The moon is a dead piece of rock. To create a livable atmosphere around it would take extraordinary effort and engineering, and I would much rather see that kind of effort put into tackling climate change on Earth.”

That’s not to say the moon is completely unusable. Weeraratne explained that the moon has “lots of oxidised hard minerals that can be transported to space more cheaply than we could manage from Earth. We will use these to build orbiting settlements we can park in the magnetosphere, an area beyond the atmosphere where Earth’s magnetic field can still protect against deadly radiation. The moon (and Mars) can never give us this. Life at either would have to be underground”.

“Because of this, I think very few people will actually end up living on the moon. It will only ever be a giant mine and a subject for geologists. This means it will be an excellent place for us to store things that we want to have left alone for a very long time. More likely than aliens, it will be humans returning from the outer solar system, trying to learn more about their own heritage, who will crack open artefacts like the Peregrine Lander.”

November 18, 2021 byNews Admin No Comments
“A small message to any upcoming podcaster or any sort of content creator. Don’t worry about views and feedback when you start off. Things only start working out for you when you constantly keep putti