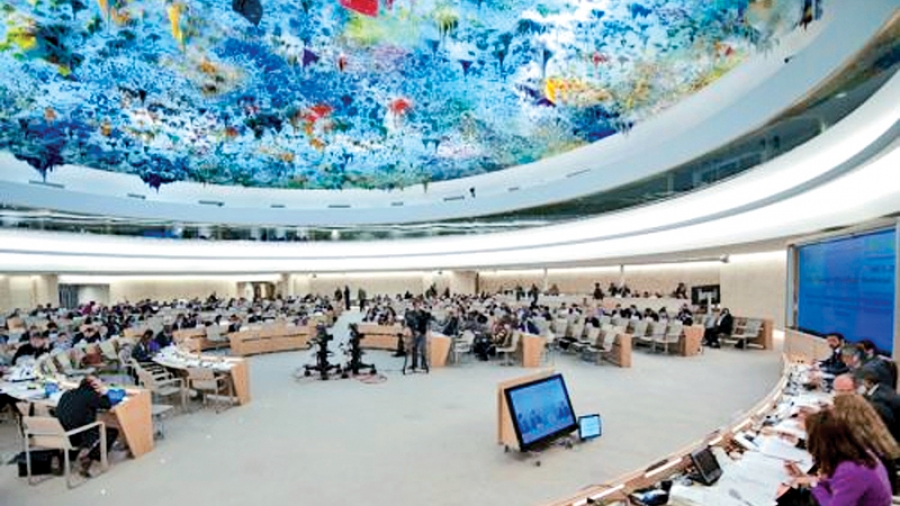 GoSL is paving the way to international isolation

Paikiasothy Saravanamuttu says UN report not at all exaggerated or distorted

The 46th Regular Session of the United Nations Human Rights Council (UNHRC) are to be held from 22 February to 23 March 2021 and alleged human rights violations committed during the final stages of Sri Lanka’s civil war in 2009 is on the agenda. A number of civil society organisations in Sri Lanka are set to write to the UNHRC raising concerns about the country’s human rights situation. The Morning spoke to Centre for Policy Alternatives (CPA) Executive Director Dr. Paikiasothy Saravanamuttu, who is a key member of the civil society organisations that will be levelling these allegations seeking intervention from the UN.

The following are excerpts of the interview: 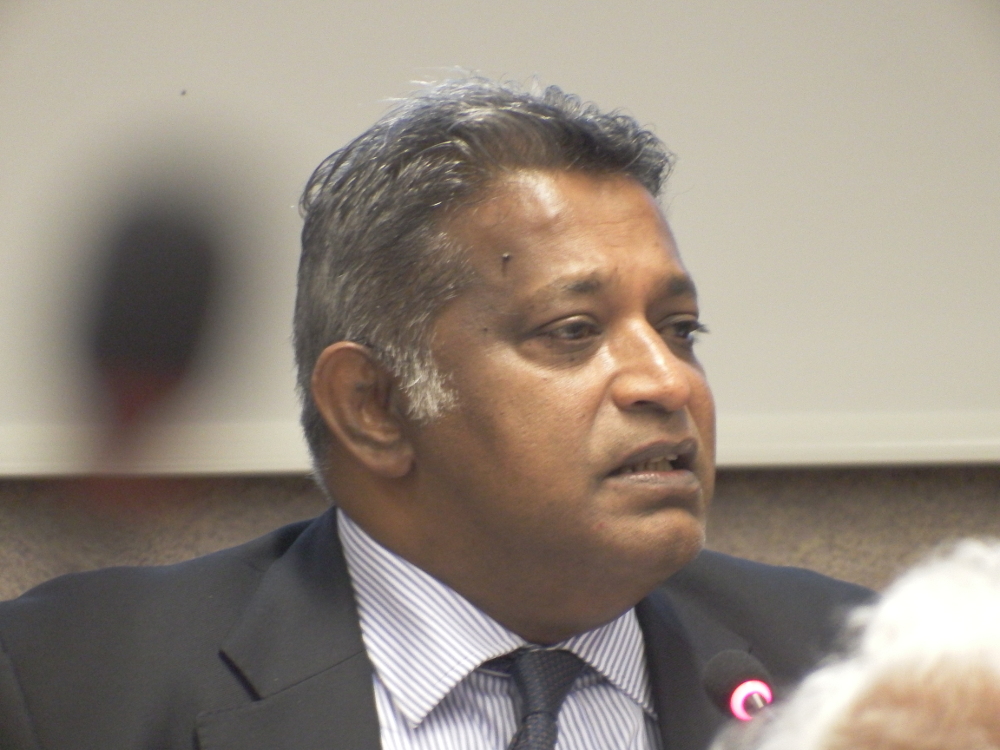 “We don’t have to deal with an outmoded notion of sovereignty dating back to 1648. We are talking here about an international community that has decided that human rights and universal jurisdictions are on the agenda. As a member of a community…You can’t pick what you are going to follow and what you are not” Dr. Paikiasothy Saravanamuttu

What are the issues you are going to be writing about to the UNHRC and what interventions are you seeking from the UN?

We have raised (the issue of) the ground-level situation which we have experienced over the last few years; indeed, the last few months. We have talked about militarisation; about the land grabbing, particularly with regards to grazing lands; and about the task forces. Basically, we have been sending information all around with regards to the situation on the ground. What we will be doing now is putting all of this information into one letter and sending it to the UNHRC. What we want from the UNHRC is another resolution which will require the Government of Sri Lanka (GoSL) to report on the situation. We also expect a fairly stern resolution pointing out the issues that were raised in United Nations High Commissioner for Human Rights Michelle Bachelet’s report. A stern but not strident resolution, which points out the situation on the ground.

Do you think the Human Rights Commissioner’s report about the human rights situation of the country is fair and balanced, and has it raised all of your concerns?

The High Commissioner’s (HC) report is very congruent with how we, the civil society organisations in Sri Lanka, see the ground situation in the country. I don’t think the report is in any way exaggerated or distorted. The HC’s report raises all the concerns we have about the human rights situation in the country. The report focuses on the current situation in the country just to show that whatever the Government claims it has been doing is not true. And we do know that apart from setting up the Office on Missing Persons (OMP), and then the Office for Reparations, none of the other commitments made have been fulfilled. We all have questions with regards to accountability, the Prevention of Terrorism Act (PTA), land, and task forces. They waited until the council was about to meet to set up yet another commission to find out as to what all the other commissions have recommended and what action should be taken in that regard. These are just delaying tactics. It clearly reflects the lack of commitment on the part of the Government. Why do we need to recalculate the number of missing persons now? Way back in 2001, there was a Lessons Learnt and Reconciliation Commission (LLRC). It is because the Government failed to implement those recommendations that we got a resolution in Geneva on Sri Lanka. The report has talked about individual sanctions, it has talked about the International Criminal Court (ICC), it has talked about universal jurisdictions. The ICC question has to go to the Security Council and there we have the Russian and Chinese veto. And that is a bit of a tall order. But there is no harm in putting it in the agenda and to keep trying. With regards to travel bans and other individually targeted sanctions, I don’t think there is an issue and they have to decide on their own whether they will do that or not.

Should other countries exercise universal jurisdictions in Sri Lanka? Is this not a threat to the country’s sovereignty?

Sri Lanka is a member of the international community. We don’t have to deal with an outmoded notion of sovereignty dating back to 1648. We are talking here about an international community that has decided that human rights and universal jurisdictions are on the agenda. As a member of a community, you accept certain obligations and responsibilities as well as certain rights. You can’t pick what you are going to follow and what you are not.

If the GoSL is not going for a consensual resolution with core group members, should it go for a homegrown resolution?

If the Government is not going to agree to a consensual resolution, it should come to terms with the resolution that will be passed. Hopefully, there will be a resolution and those commitments (will be) fulfilled. I don’t know what the Government is going to do with a homegrown resolution or what they are going to include in one, because, as far as I am concerned, the Government has been lax and has failed in terms of fulfilling its commitments. In light of the support Sri Lanka is seeking from the Organisation of Islamic Co-operation countries and possibly China, there are 47 countries who are voting in the Human Rights Council, and I think there will be a majority for a resolution on Sri Lanka. India could abstain from voting given the tensions between the GoSL and India.

With the UNHRC Session looming, what are your views on the Government’s response to the Pottuvil to Polikandy (P2P) march and the removal of Tamil National Alliance (TNA) MP M.A. Sumanthiran’s STF security following his participation in it?

The Government is digging a bigger and bigger hole for itself and paving the road to international isolation and is fanning the flames of conflict. The P2P march was probably the first time in 50 years where Tamils in the Northern and Eastern Provinces, the Upcountry Tamils, and the Muslims in the East joined hands. That is very significant. The Government needs to look hard at what they are going to do about reconciliation. Allegations and questions about accountability will need to be taken up seriously. You can’t say that you are pursuing a domestic mechanism and then pardon someone like Sunil Rathnayake, who was indicted by the Supreme Court of the country for the crime of slitting a five-year-old’s throat.

With the Office for National Unity and Reconciliation (ONUR) being set up again, how do you think it should proceed?

I don’t think that the new ONUR will go down the path that the ONUR was going on before the current Government came to power. This Government needs to show that it is very serious about reconciliation. The ONUR needs to be given proper finances, proper resources, proper direction, and a proper mandate to proceed accordingly. There are positive things that this Government can do and there are things that they are doing in terms of economic development. But that is only half the story. There are huge outstanding issues and the P2P march must be taken as a message. There needs to be serious interest.

Whether they genuinely care about it or whether they are doing it as part of their domestic political practices, it is an issue that galvanises people. And the Government of Sri Lanka should take note of that. The Government talks about an “India-first” Sri Lankan foreign policy. All we have to do is look at what has happened and ask whether we are actually following an India-first foreign policy. Are we doing what we say we are going to do?

Do you think the Tamil Diaspora is faultless with regards to the conflicts we have at present, especially with their demand for a separate state?

The question about the separate state and the Diaspora becomes much more salient and is highlighted because the Government doesn’t take reconciliation within Sri Lanka seriously. If reconciliation is treated seriously within the country, we will have a united country and all questions about separatism will become insignificant. Instead of looking to blame anyone else, the Government must look at what it can do. Everything it has done so far has deepened the conflict.

What kind of truth, justice, and accountability-seeking mechanism should Sri Lanka aim for now?

When it comes to looking for mechanisms for truth, justice, and accountability, we should look at our own models. We should set up and raise the allegations of war crimes and allegations of crimes against humanity. Whatever changes need to be made to the Constitution, we should go ahead and make them. We should go ahead and have indictments and hear the cases out. If there are no war crimes and no crimes against humanity committed, then we can see it closed. The Government is the one that has brought up opposition to anything that happens in Geneva. They would, at the very least, be creating a situation that could bring them embarrassment.

The point about leadership is that sometimes you have to take tough decisions. If you say you are wrong, you could say so and make amends. No one is ever saying that the entirety of the Sri Lankan security forces are guilty of war crimes. That’s not the case at all. It is perhaps more difficult for Sri Lanka now, given that Gotabaya Rajapaksa, who has also been accused of war crimes, is the Chief Executive of the country. But that is no reason to give up on pushing for investigations and accountability for the people in the North and East. At the end of the day, this is not about individuals but the people you are supposed to be serving.

January 18, 2021 byMihi Perera No Comments
Samagi Jana Balawegaya MP Patali Champika Ranawaka said that Sri Lanka’s economy cannot be developed as it has been governed by families for up to 70 years.

Apparel factories to test employees for COVID every 2 weeks

October 14, 2020 byCharindra No Comments
The government has instructed all apparel factory managements to refer their employees to PCR tests every two weeks.