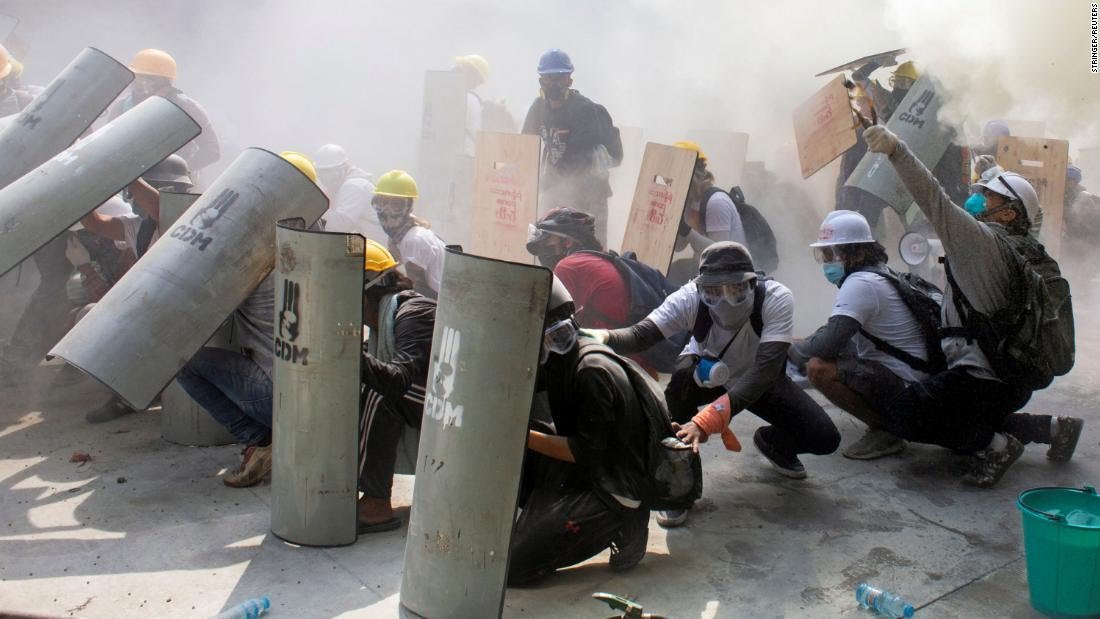 Sri Lanka’s ties with the international community and its foreign policy became a topic of discussion in the recent past, due to events such as the United Nations Human Rights Council (UNHRC) Resolution against Sri Lanka, agreements related to the terminals of the Colombo Port, Indian fishermen violating Sri Lankan maritime borders, and Chinese debt.

Even though the Government of Sri Lanka (GoSL) seemed to have a stance concerning all the situations mentioned above, when it comes to the Myanmar issue, where the country is in a state of bloody chaos following the military-led coup, the GoSL’s stance is not very clear.

Myanmar’s Army, led by Senior General Min Aung Hlaing, through a coup launched on 1 February, seized the country’s political power, and subsequently detained its civilian leader Aung San Suu Kyi and most members of her Cabinet of Ministers. This led Myanmar’s public to take to the streets resulting in a spate of anti-military junta protests and also a massive number of deaths.

Foreign media claimed that as of last weekend, a total of 459 civilians had been killed, with 114 killed just on Saturday (27) alone. Certain media reports claimed that the overall number was higher. Shockingly, it was also reported that a seven-year-old girl and a five-year-old boy were shot and killed over the past two weeks, the former while she was running into her father’s arms. In addition to deaths caused during the riots, premeditated killings such as attacking funerals and launching air strikes were also reported. Foreign media reports also claimed that over 3,000 people had fled to neighbouring Thailand, seeking refuge.

The UN Special Rapporteur for Myanmar also requested the international community to isolate Myanmar and stop its access to arms, to thereby halt what he called “mass murder”. Countries including great powers such as the US and the European Union (EU) have expressed grave concern and opposition to Myanmar’s situation, and have called on the coup leaders to stop the human rights violations. The killings and oppression also caused social media uproar, begetting a worldwide movement against the military junta.

However, the GoSL appears to be maintaining a silence that raises concerns as to its stance in this connection. The GoSL came under fire early this month after it invited Wunna Maung Lwin, Myanmar’s present Foreign Minister appointed by the military junta, for a virtual meeting of the Members of the Bay of Bengal Initiative for Multi-Sectoral Technical and Economic Co-operation (BIMSTEC) chaired at present by Sri Lanka. Activists in Myanmar as well as local activists and Opposition politicians expressed strong opposition to this move, levelling allegations that inviting Lwin was tantamount to endorsing the military junta and the coup. However, the GoSL denied such endorsement.

The GoSL’s unclear policies pertaining to the Myanmar situation and inviting Myanmar’s illegitimate Foreign Minister to the BIMSTEC meeting have raised concerns. There is also the allegation that the GoSL has failed to take prompt action concerning Sri Lankan fishermen detained in Myanmar for poaching in Myanmar waters.

When it comes to Sri Lanka’s situation, civil activists have for months raised concerns about the Government appointing former and current military personnel to top posts in the public sector and have alleged that it is a move amounting to gradually pushing the country towards militarisation. Needless to say, Sri Lanka’s leader, President Gotabaya Rajapaksa, is also a former military officer.

In this backdrop, speculation is rife that the Sri Lankan Ambassador to Myanmar, Prof. Nalin de Silva, would resign from his post. On his Facebook account, on 13 March, Prof. de Silva said that he had decided to resign from his post as he felt “inadequate” as far as the detained Sri Lankan fishermen’s issue was concerned. He claimed that he was planning to resign after the fishermen’s issue is resolved and the BIMSTEC meeting is held. However, so far, he has not tendered his resignation officially.

In a context where certain actions by the GoSL imply that it accepts members of Myanmar’s military junta and the Sri Lankan Ambassador to Myanmar is contemplating stepping down from his position due to not being able to assist Sri Lankans satisfactorily, perhaps it is time for the Government to announce and clarify its stance concerning Myanmar. At the moment, its silence is deafening.

May 17, 2021 byMihi Perera No Comments
430 dengue patients were reported from across the Island during the past 15 days, said the National Dengue Control Unit (NDCU) today (17).

2 dead, 8 injured after a shooting incident in Weeraketiya

May 9, 2022 byRuwani Fonseka No Comments
Two persons have been reported dead and 8 others injured after a shooting incident near Weeraketiya Pradeshiya Saba Chairman's residence.