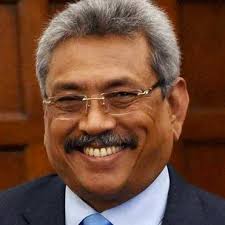 Travel ban on Defence Secretary Gotabaya Rajapaksa has been temporarily lifted by the Permanent High Court-at-Bar.

Rajapaksa and six others were accused of allegedly misusing Rs. 33.9 million of state funds to build the D.A. Rajapaksa Memorial Museum.

The court order for the travel ban to be temporarily lifted was announced today (15) when the case was taken up for hearing.

November 20, 2019 byTSM Web Desk No Comments
Prime Minister Ranil Wickremesinghe announced that he has decided to resign from the position of Prime Minister of Sri Lanka.

July 3, 2019 byRandev No Comments
The Saudi Arabian embassy has refuted allegations that the Kingdom of Saudi Arabia is giving loans for Muslims through local banks at an interest rate of one per cent.