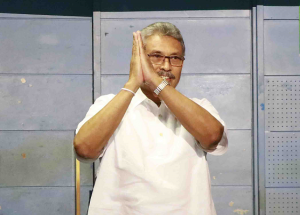 The writ application says the citizenship certificate is not in the format prescribed by regulations while two people have the same certificate number. Furthermore, there was no secretary to the ministry at the time (21 Nov 2005) and an unknown person had signed as Secretary.

The writ also said that Rajapaksa was trying to contest the upcoming presidential election and as a non-citizen if he is allowed to do so, it will disenfranchise all the SLPP voters who have the right to vote for a Sri Lankan citizen who is able to legally take the oath of office.

The writ says a non-citizen trying to become President of Sri Lanka poses a grave threat to national security and the territorial integrity of the republic.

April 2, 2021 byNews Admin No Comments
The Heat Index Forecast by the Meteorological Department yesterday (1) depicted that the heat level in six districts in the island is expected to rise to the “Extreme Caution” level today (2).

March 24, 2022 byAazam Ameen No Comments
The Under-Secretary of State for Political Affairs Victoria Nuland called on President Gotabaya Rajapaksa at the Presidential Secretariat, on Wednesday (March 23).