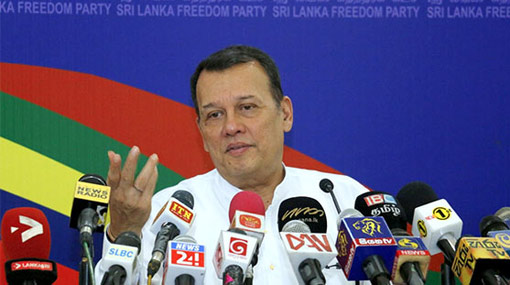 The Government today insisted that the “butterfly” comments made by President Maithripala Sirisena had been misunderstood.

Cabinet co-spokesman Mahinda Samarasinghe told journalists that the President had only made references to the people around former Prime Minister Ranil Wickremesinghe and not targeting a particular community.

“Former Minister Rajitha Senaratne had said it may have been targeting him. So it is clear this was not against any community,” Samarasinghe said.

The LGBTQI community in Sri Lanka yesterday condemned the statement made by President Maithripala Sirisena at a public rally on Monday.

Customs orders companies to re-export unrefined oil within the week

March 30, 2021 byMihi Perera No Comments
The Director General of Customs has informed the relevant companies that the stocks of unrefined coconut oil which were found to be substandard have to be re-exported within this week.