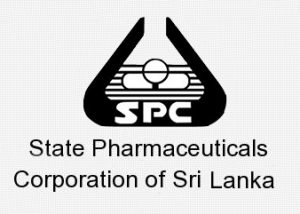 Members of SLCPI,  who wished to remain anonymous, told The Sunday Morning Business that this is the total debt accumulated from 2017 onwards for procurement carried out by the SPC.

They also allege that the Government is unable to settle this outstanding amount due to over-procurement by the SPC in relation to the budgetary allocations between 2017 and 2019.

They further claim that certain suppliers were given preference over others in the procurement process, disregarding both quality and price, and that these suppliers were also given priority when it came to payments.

These procurements were carried out by the SPC, which is the procurement arm of the Medical Supplies Division (MSD) of the Ministry of Health. The MSD stores medicines and disburses to state hospitals free of charge.

When contacted, the MSD refused to comment on this as the Head of the Department was abroad and would only be back later this week, and stated that there is no one else who could comment on the matter to the media.

When we spoke to SPC, they neither confirmed nor denied the claim made by private pharma importers that a total debt of Rs. 12 billion is owed by the Government to the industry.

We were told by an SPC official that the SLCPI should submit a formal written request to the SPC with details of this outstanding amount, after which the SPC could investigate and take necessary action.

“Anyway, we are in the process of reconciling the accounts, after which the actual outstanding amount will be determined,” the official from the SPC said on condition of anonymity.

According to the SLCPI, the Chamber represents about 90% of the supply of drugs to both the government and private sectors, comprising about 67 members including large pharmaceutical suppliers in Sri Lanka and about five local drug manufacturers.

It is learnt that due to over-procurement, the MSD was supplied with inferior-quality drugs and some of it are still lying idle at the MSD awaiting to be destroyed, while most of them have already been destroyed.

In November last year, Health Minister Pavithra Wanniarachchi noted that a special committee to probe dealings of the SPC Chairman who was heading the SPC from 2015-2019 has been appointed.

January 14, 2021 byRusiru Keppetipola No Comments
Minister of Foreign Affairs Dinesh Gunawardena sought the assistance of the Honorary Consuls based in Colombo to encourage foreign investors to invest in Sri Lanka. The Minister made this request..

August 25, 2020 bythemorningeditor1 liberty No Comments
The POIA has said in a statement that while it respects the decisions relating to the industry contained in the policy statement of President Gotabaya Rajapaksa, it trusts that a pragmatic solution wo