Officials at Sri Lanka Tourism expressed serious concerns over growing financial strains that are being placed on them by the Government since the Easter Sunday incidents. 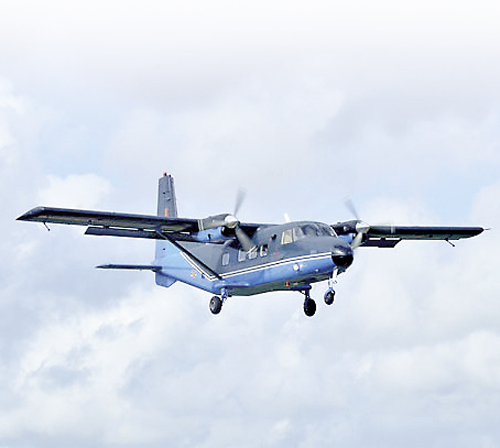 If implemented, the SLTDA would have to compensate the domestic air service providers for losses incurred in the operation of these flights, either partially or fully.

The SLTDA, Sri Lanka Tourism Promotion Bureau, Sri Lanka Convention Bureau, and Sri Lanka Institute of Tourism and Hotel Management fall under the Sri Lanka Tourism umbrella. These four organisations used to receive the bulk of their funding through the Tourism Development Levy, which had to be waived since Easter to support tourism service providers recover.

When The Sunday Morning Business inquired about the new cabinet proposal from Minister of Tourism Development, Wildlife, and Christian Religious Affairs John Amaratunga, he said that he is unaware of such a proposal, yet expressed his disappointment over burdening the SLTDA instead of finding alternatives.

“Due to the temporary waiving off of the Tourism Development Levy (TDL), the SLTDA funds are locked and they don’t have much funds. The Government should restructure this plan without depending on the SLTDA,” Amaratunga noted.

The cabinet proposal follows the decision of the Ministry of Finance to secure Rs. 1,050 million from the Tourism Development Fund to utilise in the northern part of the Palali runway for handling civil aviation and to appoint Airport and Aviation Services (Sri Lanka) Ltd. (AASL) as the service provider to operate and maintain the Palali Airport.

Traditionally, projects of this nature would be managed by either the Ministry of Transport and Civil Aviation or the AASL, but of late, it’s been left to Sri Lanka Tourism, especially at a time where the TDL has been waived off, bringing their income lower than usual levels.

To revive the terror-hit tourism industry, a six-month moratorium was granted starting from 1 January 2019 for the payment of TDL and to recover the arrears amount in 12 equal instalments. The concession was announced last month for the tourism institutions that are registered with the SLTDA.

As per the Finance Act No. 25 of 2003, all tourism establishments licensed under the Tourism Development Act No. 14 of 1968 were requested to pay 1% on turnover as TDL starting from 1 September 2013.

According to data from the Ministry of Finance, in 2018, Rs. 1.4 billion was received under the TDL. According to sources from Sri Lanka Tourism, 70% of the funds raised under the TDL go to the Sri Lanka Tourism Promotion Bureau (SLTPB) which is the government body responsible for handling all marketing and promotional activities related to the travel and tourism industry of Sri Lanka.

An estimated 14% of the fund is utilised for development activities of the SLTDA while the rest is being shared by other state tourism bodies.

The Sunday Morning Business contacted SLTDA Chairman Johanne Jayaratne for his views on this matter where he noted that the SLTDA would prefer to go for a partial VGF instead of a complete funding due to the drop in income driven by TDL moratorium.

“It is not possible for us to help the domestic air service providers to break even, but this gap funding can reduce any losses they may be incurred,” he said.

Speaking further about the Palali Airport funding, Jayaratne added that a phased out payment plan for Palali Airport’s development activities would be convenient.

“We will request the Government to phase out the funding, so that we will not have to cough up Rs. 1 billion in one go. We will need to spend a lot on promotional activities around the world from 2020 onwards. I think somewhere around Rs. 100 million this year is something we can absorb,” he said.

The Sunday Morning Business also spoke to SLTPB Chairman Kishu Gomes to determine whether the TDL waive off will have any impact on the global promotional campaigns.

“We can’t quantify next year’s loss now but if there is an impact on the promotions that are planned, we will get assistance from the Treasury,” Gomes noted.

Under the recently approved cabinet decision, selected domestic aviation companies that operate scheduled domestic flights to selected destinations with a maximum charge of $ 100-150 for one-way travel can finalise a VGF mechanism to settle any shortfall on expenditure and income that would occur, as an inducement to the tourism industry.

The domestic aviation companies that are willing to go for a VGF should present the detailed operating statistics and the business plan for the next one year to the National Agency for Public-Private Partnership (NAPPP), on the format prepared by NAPPP.

VGF means a grant one-time or deferred, provided to support infrastructure projects that are economically justified but fall short of financial viability. VGF is provided as a capital subsidy to attract the private sector players to participate in public-private partnership projects.

August 22, 2018 byCharindra No Comments
Disrupt Asia 2018 was successfully concluded recently at the Trace – Expert City with the participation of a large number of individuals connected to the growing startup industry in Sri Lanka.