Govt. and health authorities allow LPL to go ahead 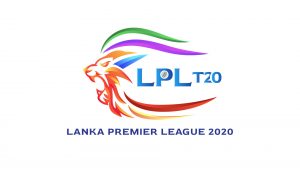 The Health Ministry of Sri Lanka  and the National Operation Centre for Covid-19 Outbreak Prevention have given the green-light to go ahead with Lanka Premier League (LPL) 2020, Youth and Sports Minister Namal Rajapaksa has said.

Following decisive round of discussions between authorities on Thursday (5), the Minister has posted a note on his Tweeter account Thursday afternoon saying: “This is indicatory of the govt.’s commitment to adapt to new normal and return the country to normalcy whilst adhering to health guidelines.”

The Sports Minister has also thanked the President and Prime Minister.

According to Sri Lanka Cricket (SLC), tournament will most likely be played only in Hambantota in a bio-secure ‘bubble’. Kandy was initially scheduled to host the second half of the LPL.

The fresh dates of the LPL, though, are yet to be officially announced.

Earlier, the tournament was scheduled to begin on 21 November and go on till 13 December.

January 27, 2021 byRevatha No Comments
I don't dominate the selection process