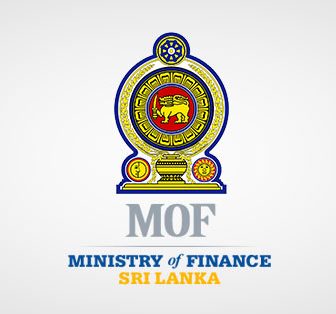 Sri Lankan authorities reiterate that the recent rating action by Fitch Ratings to revise Sri Lanka’s Outlook to ‘Negative’ has been hastily done without considering facts on the ground. Such action is untimely and constitutes a rush to judgement.

This rating decision has mainly been based on the hypothesis that Sri Lanka would shift away from the revenue-based fiscal consolidation stance, thereby causing risks to debt sustainability.

The authorities would like to stress that such a hypothesis is grossly ill- informed as the Fitch’s estimates on the fiscal impact of the recent tax changes announced by the Government are based on erroneous and linear assumptions.

Such a mistakenly estimated revenue impact of the recent tax policy measures has suggested an increase in the budget deficit, hence, an elevated path for government debt over the medium-term.

However, what is lacking throughout the Fitch’s analysis is the impact of offsetting measures that the Government is undertaking to meet any revenue loss, and lack of due recognition of the favorable macroeconomic impact that such policies would deliver over the medium-term.

In what follows is a brief assessment on how the Government intends to plan out the fiscal outturn this year, 2020 and beyond. This description would demonstrate the miscalculations in the judgment of the latest statement by Fitch.

First and foremost, it needs to be expressed clearly that the recently announced tax measures aim to stimulate the economy to a speedy recovery from the current economic slowdown in the flagging global economy, while enabling conducive environment to regain business confidence.

The recently announced measures will augment the aggregate demand by simplifying the tax system coupled with the reduction/offsetting certain taxes.

In the background of the policy framework that was in existence till the presidential elections held in November 2019, in the second quarter of 2019, the country recorded its lowest quarterly economic growth in the last decade, of 1.5 percent, and it is anticipated that the overall growth will be around 2.5 percent in 2019.

Such low growth could have had a ramification effect on the fiscal consolidation process in 2020.

Therefore, it is in this background that we expect the 19.12.2019 tax measures announced, will help to boost the economic activities including agriculture, tourism, construction and other services sectors which will provide an impetus to achieve 4.0-4.5 percent growth in 2020.

We note that the announcement of such tax changes was done after a careful assessment of the consequences, while crafting the offsetting measures so that Government’s commitment to the fiscal consolidation process is uncompromised and
the medium-term macro-fiscal framework remains intact.

It is noted that the Government attaches the highest priority to meeting debt service obligations in order to preserve Sri Lanka’s unblemished track record of duly servicing of government
debt.
The impact of the recent policy measures is less significant than portrayed by Fitch due to the following reasons. The Financial VAT which constitutes almost 15 percent of the VAT revenue remains unchanged at 15 percent.

The impact of removal of NBT from import activities is revenue neutral due to the upward adjustment of Ports and Airports Development Levy (PAL) to 10 percent from 7.5 percent.

Further, the commercial state-owned- enterprises would see a significant reduction in their VAT expenditure and that could be recouped as a Non-Tax revenue.

As income taxes would be paid instead of WHT at the end of the tax year, any revenue loss from the removal of WHT would be minimal.

Meanwhile, it is important to note that the Government has already taken measures to curtail government expenditure, which would largely complement the impact of revenue reforms.

For instance, the Government has issued directions to curtail expenditure and set up a monitoring mechanism to ensure an intended outcome of an overall saving of about 0.6 percent of GDP.

Further, there will be a natural expenditure curtailment due to the savings on budgetary allocations set aside for taxes to be paid by the Government.

Also, transfers to Public Enterprises are expected to decline with both the tax cuts and expenditure rationalization.

At the same time, the Vote on Account (VoA) would help contain the government expenditure in 2019, as it includes no new projects, while maintaining the recurrent expenditure at the same level as in 2019, for the most part of the first half of 2020.

Most importantly, there would be no possibility to increase the gross borrowing requirement when government operations are performed under a VoA.

At the same time, the presentation of the government budget for 2020 somewhere in June 2020
would allow hardly adequate time to expend on large projects in 2020 due to procedural requirements, thereby resulting in a significant expenditure rationalization in 2020.

Taking all into consideration, the best estimate of the budget deficit would be around 5.5 percent of GDP in 2020, as against the Fitch’s projection of 6.5
percent of GDP.

Further, it is important to stress that the Government will continue its engagement with multi-lateral lending agencies. The current IMF programme will have its final review by February 2020 and the authorities are certain that the performance targets for 2019 will be duly met.

In addition, the envisaged direction of the recent tax measures is to boost private sector led growth. The switching of resources from unproductive public expenditure to the private firms and individuals will be growth friendly in a context where there has been a persistent output gap.

Higher growth will have a positive impact on the overall debt dynamics of the country as well.

In the circumstances, we strongly believe that it is highly untimely for rating agencies to speculate negatively over the performance of the Sri Lankan economy and its outlook without appropriately analysing the effects of all the policy measures introduced by the newly formed government which has been in office merely for one month.

In particular, we emphasize that due consideration should be given to the imminent economic boost as a result of the tax reforms introduced by the Government that would rejuvenate the private sector towards a higher growth trajectory in an economy that has been stagnating for a considerable time, despite the prevalence of sound macro-economic fundamentals.

Such a boost in the economy will eventually strengthen the fiscal outlook of the government in medium to long-term through increased revenue flows. In fact, already we see Foreign Direct Investments (FDI) coming in, including the USD 250 million, mixed development project to be undertaken in the Colombo city which has been approved by the Cabinet yesterday and where the agreements will be signed next week.

This signals the confidence the investor community has in the new policy framework.

For a comprehensive view on the government’s economic policy direction and outlook of the Sri Lankan economy, we believe Fitch and other rating agencies should wait till the release of the policy statement to be made by H.E. the President on 3rd January 2020.

Hence, we believe that the recent rating announcement is very much premature and unwarranted.

July 2, 2021 byMihi Perera No Comments
Attorney-at-Law S. A. Dilrukshi has been appointed as the Legal Draftsman by the Legislative Drafting Department.

March 26, 2019 bythemorninglk No Comments
Multiple loan schemes introduced by the Government are proving to be a heavy burden on the economy, posing threats of plunging the country into an economic crisis similar to that of Greece.