November 1, 2020 by Madhusha Thavapalakumar No Comments

Barring a miraculous late surge, the Inland Revenue Department (IRD) will fall well short of even its reduced tax revenue target for 2020, with only about half of the revised target met by the end of the third quarter of 2020.

IRD Commissioner General Nadun Guruge told The Sunday Morning Business last week that while the target set for the year was Rs. 613 billion, by 30 September, only about Rs. 327 billion was raised compared to Rs. 597 billion raised in the first three quarters of 2019. 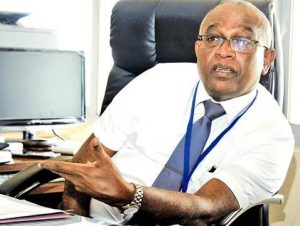 “It is very difficult to achieve the target set for this year, especially with the local outbreak of the pandemic. People have delayed their tax payments while some are paying in instalments,” Guruge added.

Bucking the trend of gradually increasing the annual tax revenue targets, the Government set a target of Rs. 613 billion for 2020, which is less than the tax revenue of Rs. 641 billion raised in 2016.

Guruge added that next year’s target would be decided following the presentation of Budget 2021.

The reduction of the 2020 target was due to the various tax relief measures provided by the new Government soon after they were elected to power in the November 2019 Presidential Election. The most notable one amongst these was the reduction of the value-added tax (VAT) from 15% to 8% with effect from 1 December 2019. In addition to this, the nation building tax (NBT) of 2.2% was also removed with effect from 1 December 2019, including for financial service businesses.

The threshold for registration of VAT purposes was increased from Rs. 12 million per annum to Rs. 300 million per annum with effect from 1 January 2020 in order to provide immediate relief, particularly for small and medium-sized businesses in all sectors of the economy.

Furthermore, the telecommunication levy (TL) was reduced by 25%, while the income tax levied from the construction industry was reduced by 14% from 28% earlier from the year of assessment, 2019/2020. The debt repayment levy (DRL), which was impacting banks’ and financial institutions’ profit, was removed while the withholding tax (WHT) on interest income was also removed for those with a monthly interest income of less than Rs. 250,000. IT and enabling services were made free of all taxes.

The Government said the reason for the abundant tax concessions was to stimulate consumer spending and economic growth.

Following the announcement of these tax concessions in November, Moody’s Investors Service stated that these tax concessions are “credit negative”, implying that it would lead to a downgrading of the country’s present rating of B1/Stable, unless it is managed properly. In October this year, Moody’s downgraded Sri Lanka’s ratings to “Caa”. Fitch Ratings also warned that the stimulus package would derail the budget disciplining exercise started by the previous Government and revised Sri Lanka’s outlook to “Negative”.

Releasing a statement to the media on 19 December following the Fitch rating, the Ministry of Finance noted that Fitch’s analysis is lacking the impact of offsetting measures that the Government is undertaking to meet any revenue loss, and lacking due recognition of the favourable macroeconomic impact that tax concessions would deliver over the medium term.

February 7, 2022 byNews Admin No Comments
Ambassador for the European Union (EU) to Sri Lanka and Maldives Denis Chaibi, stated “the EU would like to make Sri Lanka an attractive investment destination for potential investors from the EU” whi

A ‘rail way’ out of this traffic mess

October 4, 2020 bythemorningeditor1 liberty No Comments
here are 92 railway stations throughout the Greater Colombo region, with hundreds of miles of rail tracks. This system can easily be developed to cater to the transportation needs of most areas, of no