Govt to reduce paper use 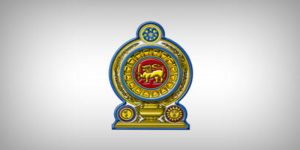 Minister of State for Samurdhi, Home Economics, Micro Finance, Self Employment, Business Development and Underutilized State Resource Development Shehan Semasinghe said in Parliament today (23) stated that more attention will be paid to the use of paperless online methods by reducing the use of paper.

He further stated that nearly Rs. 369 billion had been spent on paper imports during the period 2015-2019 and at a time when there was a focus on the environment and vegetation, special attention was being paid to the use of many documents online, including newspapers, to take some systematic steps to this end

The Minister said that a proper programme will be implemented in the future to protect the environment and reduce the huge cost of paper imports. He said that on the instructions of President Gotabhaya Rajapaksa, factories have been set up to produce high quality paper that can compete internationally.

May 14, 2019 byEaswaran No Comments
Activist Namal Kumara has been arrested by the Police, the Police media unit said.

April 26, 2021 byMihi Perera No Comments
Multiple areas in the Gampaha, Kalutara, and Trincomalee districts will be placed in isolation with effect from 08:00 PM on Monday (26), said Army Commander General Shavendra Silva.