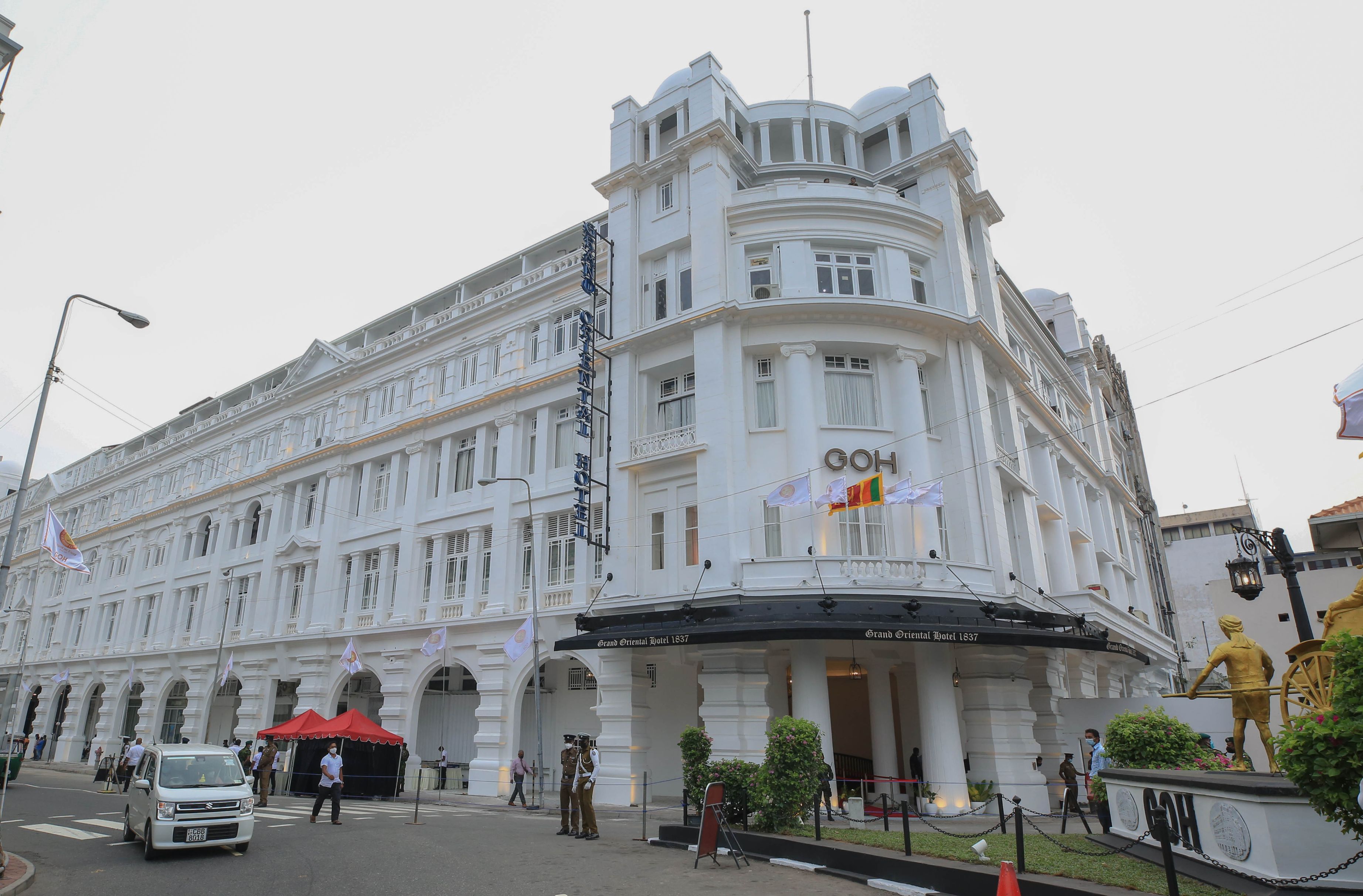 In a bid to preserve Colombo’s historical value and elevate its tourist attractions, the Government has now renovated and reopened the 183-year-old Grand Oriental Hotel (GOH) – one of the city’s oldest known hotels. 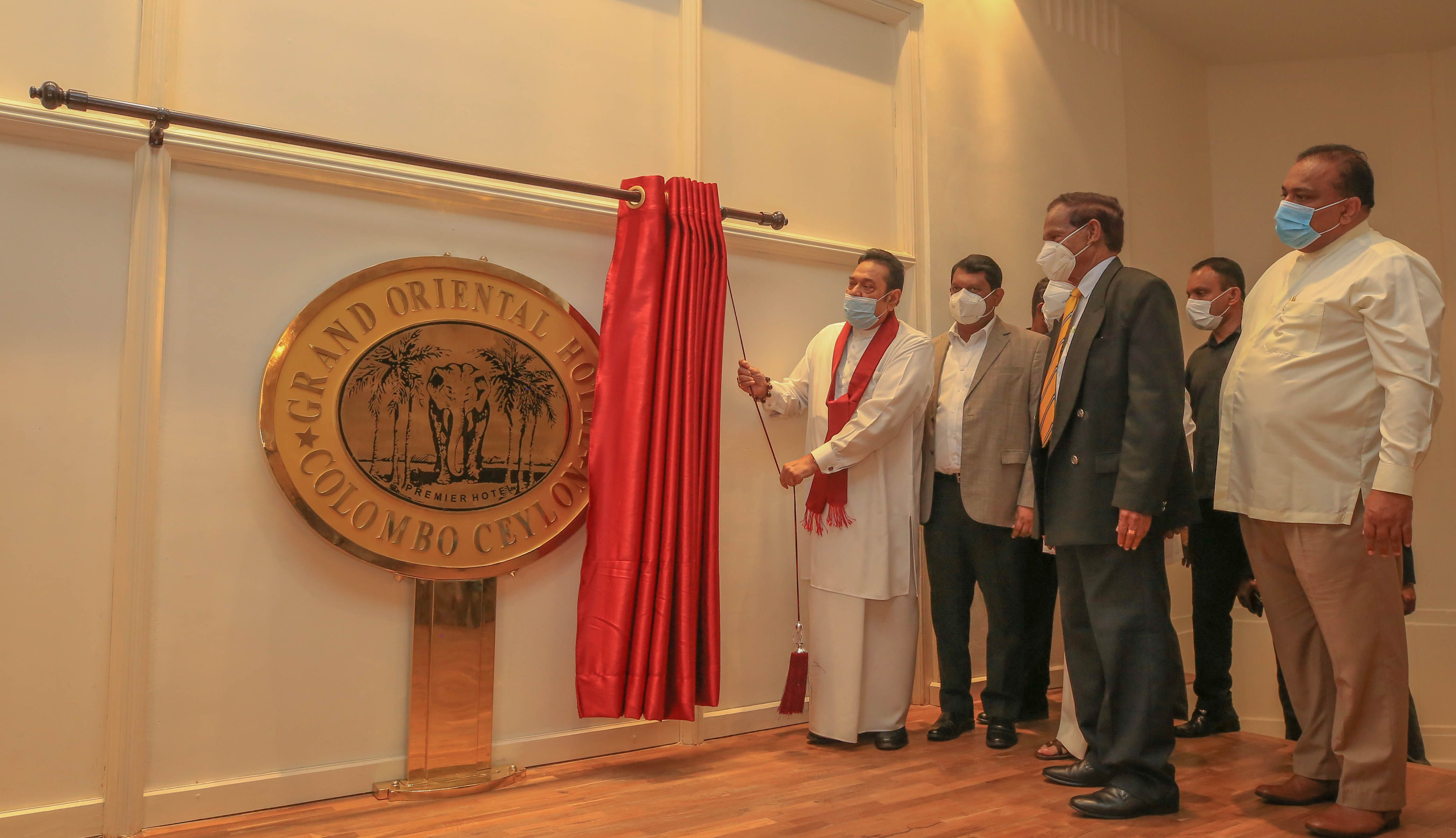 The GOH reopened its doors on 18 March under the patronage of Prime Minister Mahinda Rajapaksa, following its fourth renovation since its inception

The hotel is one of many historical buildings being renovated in and around Colombo, in order to preserve their antiquity, as a part of the Colombo Heritage Square initiative, which aims to attract international tourists to these historical sites. The GOH reopened its doors on 18 March under the patronage of Prime Minister Mahinda Rajapaksa, following its fourth renovation since its inception.


According to a statement released by the Ministry of Urban Development and Housing, the project was done upon the instructions of President Gotabaya Rajapaksa, with the hotel being renovated by Selendiva Investments, under the supervision of the Ministry, in collaboration with the State Engineering Corporation of Sri Lanka. The overall cost of the project was budgeted at Rs. 225 million.


First built during the British occupation of Ceylon in 1875, the hotel bears social, political, and economic value in Sri Lankan history. However, the building has an official written history of 183 years, when it was originally the site of a single-storey building occupied by a Dutch governor.


Following this period, the property acted as barracks for the British Army during the late-1830s up until the early-1870s. The existing structure was later converted to a hotel by Governor Sir Robert Wilmot-Horton, with the help of architect J.G. Smither from the Public Works Department, who was also responsible for the design of the National Museum and the old Town Hall.


Then, on 5 November 1875, the GOH was finally declared open, and during that time, it was considered to be one of the finest luxury hotels in South Asia. It was estimated that construction would cost £ 2,007. However, Governor Norton managed to complete the project in a year at a cost of only £ 1,868.


The hotel boasts 154 luxury and semi-luxury rooms. Due to its location, which is in close proximity to the Port of Colombo, the hotel was often the first establishment travellers set foot into after stepping off the ships they arrived on.


In the early-1950s, the communal violence and political situation in the country, combined with a series of strikes in the hotel, prompted British proprietor Sam De Vos to sell the property. The Bank of Ceylon (BOC) bought the GOH in 1954 for Rs. 625,000 and subsequently in 1955 leased it to Ceylon Hotels Managing Director P.A. Ediriweera.


Following its purchase, the bank had to change its name from the Grand Oriental Hotel to the Taprobane Hotel following legal concerns; and spent Rs. 736,036 on urgent repairs to the property.


Then in 1966, the hotel was remodelled again by internationally renowned architect Geoffrey Bawa, who also worked on the hotel’s Harbour Room and a restaurant on the fourth floor which directly overlooked the Colombo Port. During this time, the hotel was also home to Sri Lanka’s first-ever night club, the Blue Leopard. The total cost of the refurbishment was approximately Rs. 1.9 million.


The hotel is best known for hosting two famous personalities – Dr. José Rizal, a Filipino nationalist and polymath who stayed in May 1882, and Anton Chekhov, a Russian playwright and short story writer who stayed at the hotel in 1890 for five days, during which time he started writing “Gusev”.


The Ministry of Urban Development and Housing stated that a building with this much historical value needs to be renovated and preserved by the Government.

Sunny Side Up: Nimal’s take

June 12, 2021 byNews Admin No Comments
Businessman Nimal Perera last week emphasised the need to place “capable people in right positions” in order to get the country’s affairs in order.

Sunny Side Up: Firewood in demand again

November 14, 2021 byNews Admin No Comments
The increase in liquefied petroleum gas (LPG) prices had resulted in an increased demand for firewood.