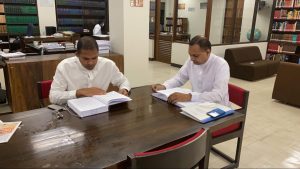 The report which was handed over to the Speaker by the Presidential Secretariat has been place at the Parliamentary library.

In Chapter 30, the Commission of Inquiry has mentioned its conclusions and they are;

1. The COI identified on the available evidence that Zaharan, Rilwan, Shaini, Ilham, Jameel, Hasthun, Muath, Azad, Mubarak, Naufer, Milhan Sadiq and others as persons who are directly connected with the terrorist acts referred to in the Mandate. The profiles of some of them are at Chapter 16. Organizations such as the SLJI, SLJISM and thowheed groups are indirectly connected in as much the thowheed (Wahhabis) ideology is the foundation upon which Islam extremism operates.

2. The COI concludes on the available evidence that the officers and authorities identified in Chapter 19 are responsible for failure to predetermine that a terrorist and extremist activities of this nature would take place within the country and to ascertain matters incidental to it and who failed or neglected to take action according to law and not taking proper actions in this regard.

3. The COI concludes on the available evidence that the officers and authorities identified in Chapter 19 and 20 are responsible for failure to prevent the terrorist attacks that took place on 21st April 2019 and failed to perform their duties and did not take proper action.

4. The COI concludes on the available evidence that the persons identified in Chapter 27 are connected with public protests, acts of sabotage, causing damages to properties and persons and thereby causing public unrest, after the attack that took place on 21st April 2019.

7. The COI concludes on the available evidence that the events of Easter were funded by the Ibrahim brothers Inshaf and Ilham. The COI recommends the payment of compensations and provision of welfare measures for the affected parties as set out in Chapters 26 and 31. The recommendations of the COI to ensure the safety of the public and to prevent the recurrence of such incidents are contained in Chapter 23 and 31.

8. The COI identifies the matters pertaining to the Copper Factory set out in Chapter 22 under Mr. Rishad Bathiudeen as a matter to be referred to the Commission to investigate allegations of Bribery or Corruption.

9. The COI recommends that the President transmit a complete set of the report to the Attorney General to consider institution of criminal proceeding against persons alleged to have committed the said offences.

10. The recommendations of the COI is set out in Chapter 31. 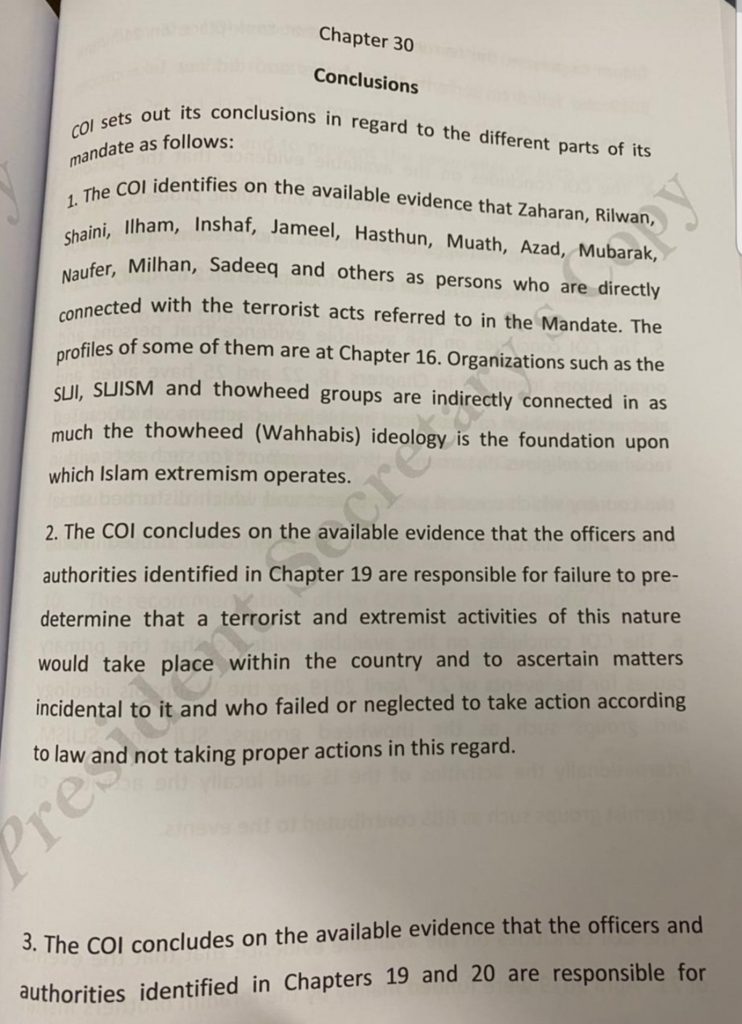 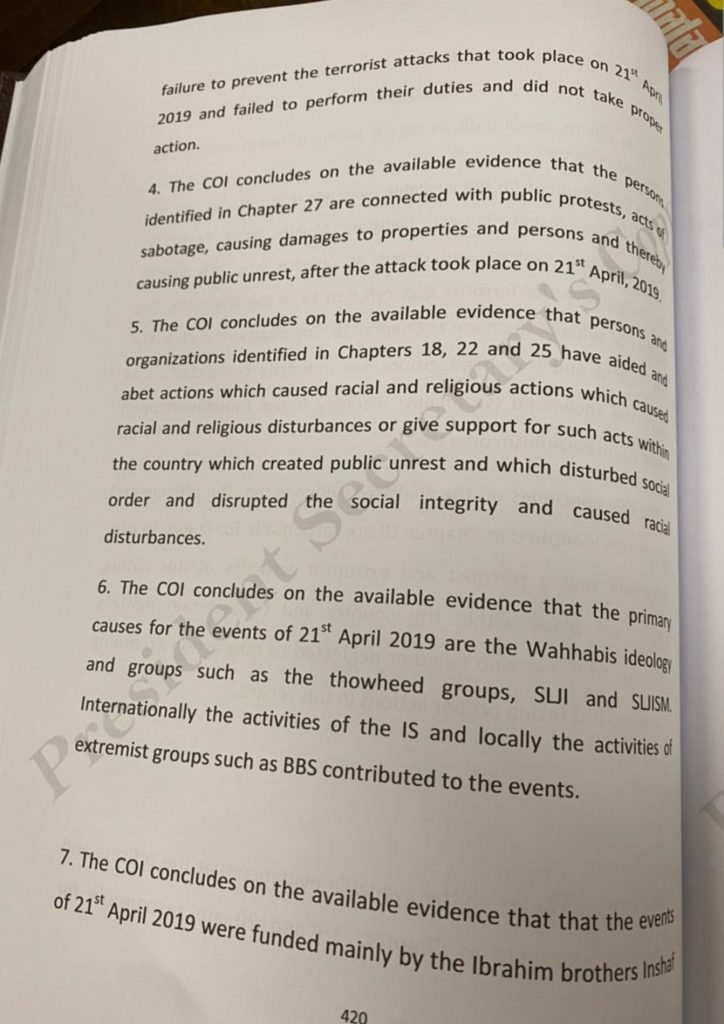 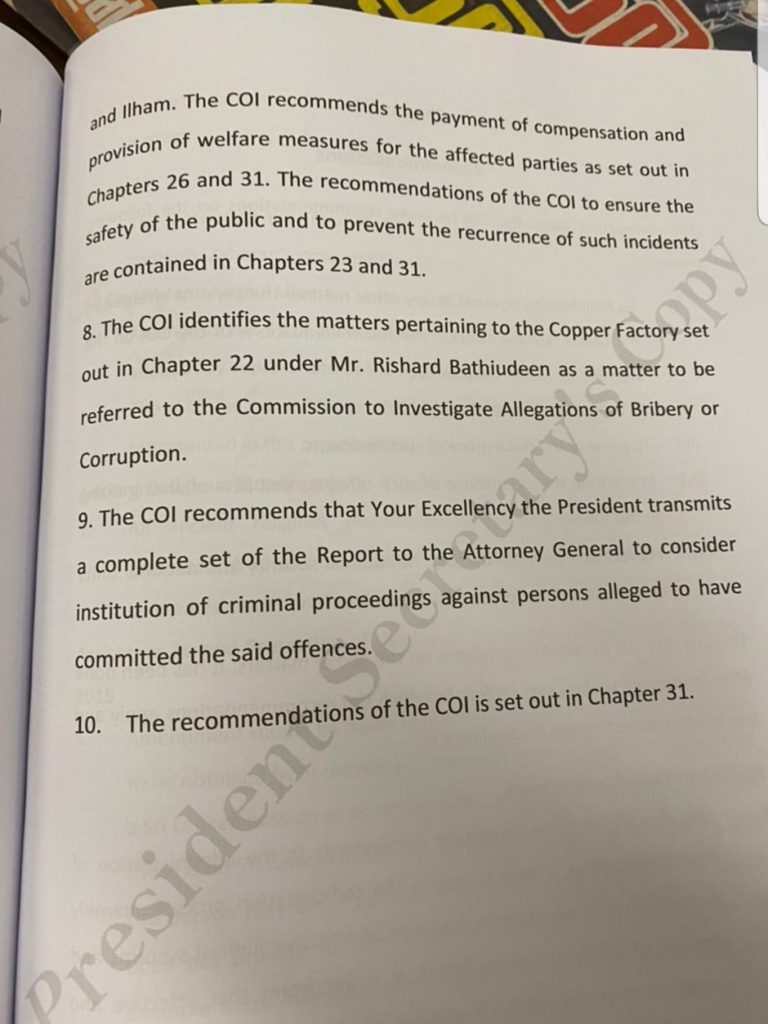 Essential items and dry rations: Dispatched to Lankans in Maldives

June 11, 2020 byTSM Web Desk No Comments
The Foreign Ministry has dispatched 10,000 kg (2,000 packs) of essential items including dry rations to be distributed through the Sri Lanka High Commission in the Maldives amongst the Sri Lankan comm

January 27, 2021 byMihi Perera No Comments
A total of sixty five COVID patients were reported from the Mathugama area while the district total of the Kalutara district was 80. The islandwide total was 755.