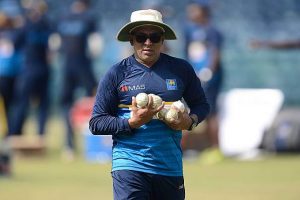 Sri Lanka Cricket (SLC) has informed Head Coach Chandika Hathurusingha to return to Colombo, following the completion of the fifth and final ODI of the ongoing series in South Africa, on Saturday.

He has been asked to come back in order to discuss Sri Lanka team’s preparation plans for the upcoming ICC Cricket World Cup 2019, an SLC media release said on Thursday, 14 March.

Steve Rixon will be the acting Head Coach of the National team during the three-match T20 Series in South Africa, to be held from on 19 to 24 March.

Kusal P out, Kusal M in

October 17, 2018 byRevatha No Comments
Kusal Perera has been ruled out of the ODI series against England, says SLC.