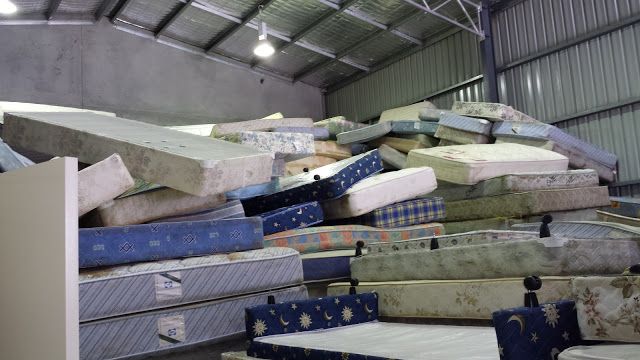 Hayleys to ship out the 130 mattress-filled containers

Hayleys has taken the responsibility of shipping out the 130 mattress-filled containers at the Colombo Port, despite only being in charge of the logistical side of the shipment, said Managing Director of the Transportation and Logistic sector, Ruwan Waidyaratne, at a media roundtable today (22).

“As a Free Zone operator, we have taken the financial ownership as a responsible corporate citizen to ship it out at our expense, after finding buyers for them.”

He explained that Hayleys Free Zone was neither the exporter nor the custodian of these containers. The shipment had been imported from the UK by the Ceylon Metal Processing Corporation (pvt) ltd., whose freight forwarder, ETL Colombo (pvt) ltd., enlisted Hayleys to perform this free zone operation.

The issue arose when the Board of Investment (BoI) announced stern action against Hayleys Free Zone Limited (HFZL) over accusations of importing contaminated material into the country.

“Hayleys was named as the consignee in the documents because, according to the Hub Regulation act, anything that comes into the hub through the free zone has to consigned to the top hub operator”, said Waidyaratne.

Waidyaratna also stated the 102 containers currently abandoned at the port have nothing to do with Hayleys, which is therefore not responsible for them.

October 18, 2020 byCharindra No Comments
A proposal has been made by the Sri Lanka Tourism Development Authority (SLTDA) to increase the validity period of tourist visas to six months from the current period of one month.

March 11, 2020 byCharindra No Comments
The Securities and Exchange Commission held a special meeting  today to assess the current situation in the stock market and determine what regulatory relief and assistance is needed.