Health TUs on the streets for entitlements says Kumudesh

October 8, 2021 by Ruwani Fonseka No Comments

The ongoing protests organised by Health Trade Unions islandwide are a result of health workers not receiving what they are entitled to, according to the President of the Joint Council for Professions of Supplementary Medicine (JCPSM) Ravi Kumudesh.

While speaking to The Morning, Kumudesh elaborated on the three entitlements which have sparked such protests.

“We are protesting for our entitlements. Firstly, the Covid allowance of Rs 7500 has not been given, secondly the grading scheme and reinstatement of Supplementary Medicine health workers which was approved by the Cabinet has not been initiated by the Ministry of Health, and lastly, the promotion of staff was approved to be done every 5-7 years, unlike it was done before every 10 years. The Cabinet has approved everything, yet the Ministry of Health has not done anything,” he told The Morning. 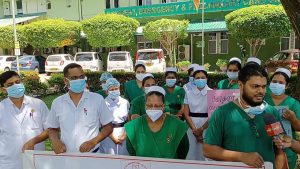 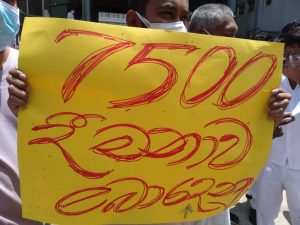 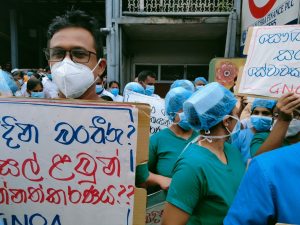 January 2, 2021 byLahiru Pothmulla No Comments
The police have arrested 253 drivers on charges of driving under the influence within the last 24 hours while 12 fatal accidents occurred during the same period, Police Spokesmen DIG Ajith Rohana said

Sunny Side Up: Moragoda finally in India