Heavy traffic congestion in Fort due to protesting teachers

Traffic congestion was reported in Fort today (25), with teachers and principals demanding a solution to the ongoing salary anomalies.

Speaking to The Morning today (25), General Secretary to the Teachers Union Joseph Stalin confirmed that the protest did take take place in Fort because a solution has not been presented by the Government.

“We had the protest today from 1pm. The primary school teachers did report to duty as promised today, but they came for the protest thereafter. The Government should know that just because the teachers reported to work today, that does not mean that the problem has been resolved,” reminded Stalin.

He further went on to say that teachers and principals have decided that they will only perform their duties which pertains to their job roles, which would mean that they would report to work at 7.30am and finish classes by 1pm, and no extra curricular activities will be done. 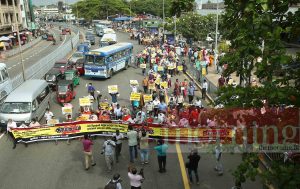 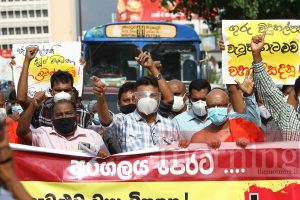 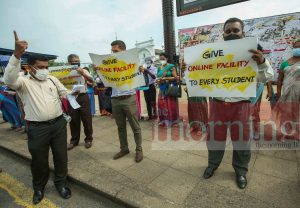 February 2, 2020 bythemorninglk No Comments
Even though the Govt. recalled all political appointees to the diplomatic service, Sri Lanka’s former High Commissioner to Australia J.C. Weliamuna PC has failed to return to the island.

April 21, 2019 byRandev No Comments
Investigations are being conducted by triforces into whether these attacks are a part of a terrorist attack or a greater conspiracy.