Help is not out of reach

October 7, 2019 by The Sunday Morning No Comments 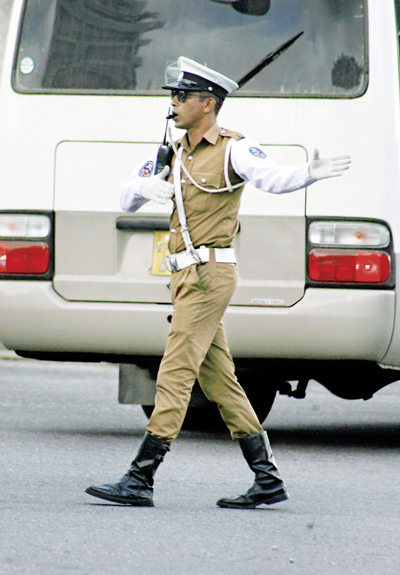 This past week, Twitter user @MissPuvi shared a troubling story of classism and plain unprofessionalism that she witnessed by the hands of the Sri Lanka Police.

According to her, while she was using the local transportation service PickMe, her three-wheeler driver was pulled over by two police officers, both of whom showed no respect towards the said driver. “When they came behind the tuk and stopped it, they told the driver to get off. When driver asked ‘me?’ one police officer said ‘uba thamai bung, waren’, which loosely translates to ‘yes you, come’ in aggressive colloquial terms.”

She expressed that she was truly shocked at the disrespect, and the driver himself got angry and attempted to defend himself, trying to convince the officers to please consider that they had in fact made a mistake and that their target was to stop the vehicle before him.

The situation continued to escalate as the officers continued to speak in a degrading manner to the man, who then began recording the incident himself and stated: “Do not treat poor people like rubbish.”

Finally, on the verge of tears, the driver was slapped with a fine of Rs. 25,000 by the two traffic police officers.

A follow-up with the Twitter user revealed that the driver had lodged a complaint in Wellawatte Police Station and the station had later called her to take a statement as she was witness to the incident. The inquiring officer is said to have apologised profusely and expressed his thanks for having brought such a matter to their attention, and further informed that the fine in question was cancelled.

When we related this incident to some members of the public, many were of the opinion that the fault lies with both parties when it comes to the continued disrespectful, classist, and judgmental behaviour that takes place in most interactions between people of power and those without.

The Twitter user herself shared that this incident has a happy ending only because the three-wheeler driver was a well-educated fellow and stood up against the injustice.

“We are all citizens of the country. We should be treated the same whether we own a tuk or a Defender. Could you imagine the fate of the tuk driver had he been a naive, innocent guy?”

Nishard Rahman stated: “This is true. There are police officers who don’t know to speak to the public. No respect at all.”

Another individual provided: “This is the norm in Sri Lanka. You can experience it by literally wearing different clothes. The more posh/formal it is, the better the treatment. It goes both ways. The rich upper class with power would like to keep it that way, so good luck changing anything.”

Nazeefa said: “The mistake is with the basic literacy level and foundation in the country. We still have officers who are educated up to the seventh grade only.”

Mohamed Nifkan said: “If it’s a Benz, then they call it in another way.”

Dhanushka Asela stated: “Irrespective of whether someone drives a tuk or some luxury barge, the law should be equal to everyone!”

What the Police had to say

We reached out to the Police Headquarters regarding the matter and they provided that Sri Lanka Police has a zero-tolerance policy for such behaviour and that ill-treatment of the public and abuses of power are taken seriously.

The officer at the help desk, Dhakshitha PC72497 provided that if there are any concerns or complaints regarding a police officer, such grievances can be directed at either the relevant police station or the Sri Lanka Police Head Office – Public Assistance Centre. 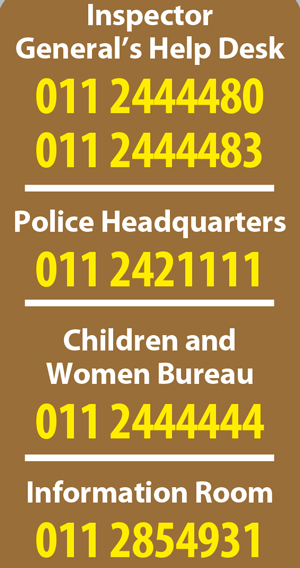 Further, there is an online procedure where you can log onto www.telligp.police.lk and state your complaint.

He went onto state that even if you are uncertain of the names and ranks of the officers in question, if you are able to name the timeline and location where the incident took place, they are able to trace the officer deployed to that particular service station and can thereby identify persons in question.

There are multiple helplines available to the general public;

Emergency: 119, police emergency service free of charge to the caller from any location islandwide.

While there may be practical concerns with the exercise of power, Sri Lanka Police is committed to uphold and enforce the law and to preserve public order without prejudice.

Sri Lanka Police has in operation strategies to assist the public or any organisation encountering adverse situations of any level, which may arise at any unexpected hour disrupting the normal way of life in society.

When a call is placed with the Police Emergency Centre on 119 operating at the Inspector General’s Command Information Centre in Mirihana receives all public calls of emergencies and the relevant local police station and the authorities too will be informed of the complaint in any part of the island depending on the nature of the complaint.

In case of emergencies, the Police guarantees the Police Emergency Response Crew will be at your doorstep within 15 minutes (in the city), and in all other outstation areas, the distance and the terrain would affect the response time in reaching the location, but it will be quickly as possible. Islandwide policing provides coverage by way of 401 police stations, which are at service 24 hours of the day.

The Human Rights Division of Sri Lanka Police is duty bound to promote awareness amongst the police officers of human rights concerns so that they would deal with the general public with regard to human rights consciousness. Human rights violation cases are referred to the division by Inter-ministerial Human Rights Working Group, co-ordinating also with human rights defending agencies. They can be contacted on 011 2325391, 011 2440438, or 011 2421111.

Learning from the ladies

March 3, 2019 bythemorninglk No Comments
International Women’s Day falls on 8 March. We spoke to a few Sri Lankan women who are entrepreneurs, businesswomen, moms, and all-round achiever