Hidden cruelty in celebrating your child’s birthday at an orphanage

November 29, 2020 by Dimithri Wijesinghe No Comments

Sri Lankan birthday celebrations often include a ceremonial cake-cutting, visiting some form of temple/religious institution, and also, quite often, making donations to elders’ homes and orphanages.

Particularly in the case of children’s birthdays, it is a common practice to celebrate it in children’s homes where parents would conduct a small celebration where they offer some treats to the kids at the home and have their own child interact with these children. 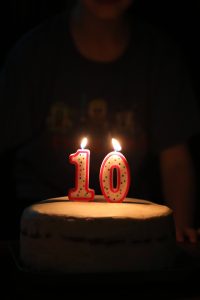 These interactions would include an occasion where the orphanage’s children would be told to express their gratitude to the donors, having experienced the celebration which was essentially centred on the outside child who would have visited with their own parents.

Recently, Twitter user Aruni (@aruni_t) expressed: “Something I detest with the local orphanages in #SriLanka is how the kids are made to line up to recite prayers (පින් දීම) and a memorised greeting for food donated. Why do we have to re-establish the fact that these kids are unfortunate by getting them to praise us for the food?”

We spoke to Aruni about her thoughts after she tweeted the above. She shared: “In my opinion, the kids should be valued, and not treated as unwanted or unfortunate beings. Having no parents or having parents who’ve given them up for various reasons (i.e. poverty) is a huge emotional scar on any child. Some don’t even know when their real birthday is.

“People who genuinely donate don’t expect any of this drama. So I believe it will not discourage the genuine donors. But I’ve heard one donor insisting on these acts of singing praises. That is wrong and they should be educated on the impact this has on the kids. Overall, very few care about the wellbeing of the kids. They only care about gaining merit or showing to the world they are charitable. And that, I feel, is so wrong.”

While giving is always a good thing, isn’t there something to be desired in these actions? Maybe some empathy is lacking.

The right way to give

Today’s politically correct culture can often be exhausting – the policing of everything we do. But is there really some merit to this thought of “the right way to give”?

In this context, we spoke to a few matrons and founders of orphanages about their experience with incidents where parents bring their children to celebrate their birthdays at orphanages and how they view the orphanage children’s reaction to such scenarios.

Ebenezer Girls Home Founder/Director Shanthanie Gnanayya shared that she has been running the girls’ home for nearly 23 years now and since five to six years ago, she actively stopped allowing celebrations of this nature with donors.

She said that in the initial stages, she did make the mistake of accepting such requests but has since changed that practice. She said these children also deserve the courtesy of being treated as individuals with respect and not to be treated under the all-encompassing banner of “orphan” – that shouldn’t be their identity, she said.

Gnanayya said that nowadays, if you wish to make a donation, where you either give money or ingredients/food, you are free to do so; upon which, they will share all receipts and photo evidence that the children enjoyed the meal.

She said that she came with this decision having seen children’s reactions for years. The children see parents who come with their kids who are given all the attention. The look on the faces of the children from her home was enough for her to know that this is not in their best interest, shared Gnanayya.

Islamia Matron Ashroff shared that they do allow this practice from time to time, and that for the most part, they have seen the children somewhat enjoying themselves when the celebrations are ongoing. However, she mentioned that while it is allowed in their establishment, sometimes they are met with resistance from some of the children on occasion who are not so inclined to come and interact with the outside child or their family. On such occasions, they are faced with a difficult situation, as coming out to thank others is a lesson in gratitude.

A lesson in gratitude

This question was brought up by some of the matrons we spoke to, who shared that while they too feel it is unfair at times to make their orphaned children who are less fortunate than those who come in with their parents feel this way, there is an important lesson to be learned in humility and gratitude. 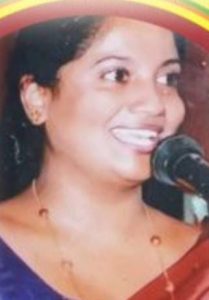 “It is just as imperative to show affection and share your time with your children. Similarly, children who have been denied these parental affections too deserve to live in dignity and respect and therefore, they too should be afforded care for their privacy and mental status” NHSL senior speech therapist and counsellor Jayamalie Rupasinghe Jayasinghe

We spoke to National Hospital of Sri Lanka (NHSL) senior speech therapist and counsellor Jayamalie Rupasinghe Jayasinghe, who said that there are other ways to teach children gratitude and that these incidents may have a far more damaging effect on the children’s development than one may think.

“We must take note that often parents think showering their children with material wealth is sufficient. However, it is just as imperative to show affection and share your time with your children. Similarly, children who have been denied these parental affections too deserve to live in dignity and respect and therefore, they too should be afforded care for their privacy and mental status,” Jayasinghe said.

She said that development is not only physical but also mental, relating to brain functions, physiological and cognitive development, etc., all of which are affected in what they experience as children in their impressionable age.

“They see something and will store away that visual in their subconscious,” she said, adding that personality develops through experience and when exposed to the realities of “others have and I do not”, they develop thoughts of sorrow, hopelessness, and helplessness which will negatively affect their development. In scenarios such as this, those who give must show empathy, where you take into account the feeling of those at the receiving end because if not, you may end up damaging the sensibilities of the children in a major way.

Sharing similar thoughts, University of Sri Jayewardenepura (USJ) Department of Psychology Head Professor Gnanadasa Perera shared that there is a reason why there are school uniforms, why teachers are not allowed to accept gifts, and why it is recommended that children not be allowed to hold lavish birthday celebrations and give out “birthday treats” in schools. It is because it evokes the feeling of inadequacy amongst the other students who may not be of the same economic standing.

It is the same situation here; it is a deep-rooted blow to self-esteem, and children who experience such things at a young age often tend to grow up with very low self-esteem and a serious lack of confidence, and may even experience constant anger and resentment towards society.

He said it is advisable that orphanages do not allow these practices at all, adding that the best way to tackle the healthy growth of a child is by showing them affection and giving them your positive attention. It would be best if Lankan orphanages abandoned these practices where they allow outside children from coming in to celebrate their own birthdays, particularly accompanied by their parents.

According to Prof. Perera, the reason why many may not see it as harmful is due to a serious lack of empathy. There is cruelty in putting your privilege on display before the less fortunate; even if it is briefly benefiting them, you are causing more harm than good.

Speaking further about this phenomenon of wanting to give but also needing to make an event of it, Jayasinghe explained: “People have mixed up welfare and charity, and social work; they have the incorrect perception that giving things is social work, which is utterly wrong. The majority of those who give do it with the intention of showcasing their ‘charitable work’ in society.” 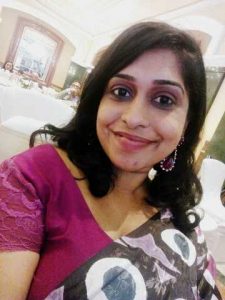 “Most of the orphans would not even know their exact birthdays. When the birthday child is all dressed up and the orphans are dressed in what they have, it will no doubt cause them to feel inferior. Therefore, I would say a subtle event without cake-cutting would be ideal” Counselling psychologist Dr. Kalharie Pitigala

Dr. Kalharie Pitigala, counselling psychologist specialising in child and adolescence, shared: “Nowadays, it has become a fashion to celebrate such events at the orphanages by bragging about their actions on social media such as Facebook and Instagram. I guess this will cause the deprived ones to feel more lonely and lost. They will end up realising the things they miss in life and this will cause a big void in their hearts. However, celebrating with orphans will be very noble and meritorious if it is done without being an attention seeker in the so-called process of philanthropy.

“Most of the orphans would not even know their exact birthdays. When the birthday child is all dressed up and the orphans are dressed in what they have, it will no doubt cause them to feel inferior. Therefore, I would say a subtle event without cake-cutting would be ideal where it is more like an event in which the kids can sing, dance, eat, and have some fun without feeling any kind of frustration.”

Additionally, speaking with some parents who have made it a practice to donate to children’s homes annually on behalf of their kids’ birthdays, they said the reason why they have their kids accompany them to the orphanage is to show them the importance of giving.

However, Prof. Perera addressed this belief, questioning if it has to be done in this way and whether it must be for their birthdays. “Do you have to centre the lesson of being charitable on your child’s birthday? Does that not teach them to believe that their birthday is somehow a day of particular importance and that is the reason why these out-of-the-norm things are taking place? Rather, teach your children to be charitable all year round. Show them by example – children learn best by example. They will store away mental images of all that they see you do,” he said.

November 25, 2018 bythemorninglk No Comments
With less than a week to the much awaited production of Jehan Aloysius’s smash-hit comedy Bengal Bungalow at the Lionel Wendt, tickets are running out fast, we hope you’ve got yours.