October 13, 2021 by Dimithri Wijesinghe No Comments

High School Junkies recently announced their brand new upcoming project titled Temporal. Tackling Sci-Fi this time around, the filming for the short film is already underway having done most of the groundwork and covering all necessary pre-production elements during the lockdown. 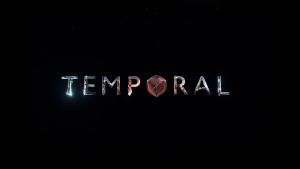 Speaking to Akash Sunethkumara, who will be directing the flick, he shared that how Temporal came to High School Junkies was rather unique, in that up until now they have exclusively dealt with scripts that were entirely their own; this would be the first time that they would have a story be brought to them from an external party. 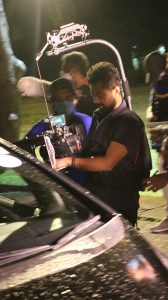 Akash said that the story was brought to them courtesy of Harindu Gunawardena, who then agreed to take on the role of producer for Temporal himself. He said that they have always spoken about collaborating on a project somehow and this just happened to work out. He also added that this also allowed him to focus entirely on the creative side of things which was quite a new and rewarding experience.

“Temporal came to us rather fleshed out, and there was very little we had to do for the story elements, and so we were able to spend a lot less time on pre-production, spending about two to three months on that, whereas normally we would stake a little bit more time to complete,” he said.

He also shared that when they first came across Temporal they had another project which was already in the pipeline but they put that on hold to focus on this. However, considering that the core team of High School Junkies were in the middle of another project they brought in a new team to tackle this short. “We also decided to bring in some of the students from the Junkyard Theory courses so they too would have an opportunity to experience first-hand what it’s like to be on a film set,” said Akash.

Akash also shared that considering the genre, the subject and the overall scope of the film – which was much larger than what they were all previously used to, they have had to put in a lot more work into this one. He shared that while it is a short film, the work that needs to go into it, considering the time travel elements, which then require a lot of focus on continuity and design elements that must all match up perfectly, it was a lot of work. 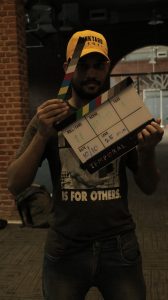 Considering the challenges with lockdown, Akash shared that much of the planning and co-ordination was done via video conferencing, and even the casting was done through audition tapes. He added that they had originally struggled to cast their female lead. However, everything worked out in the end as they were able to cast Ishanka Abeysekara in the main female role, and the rest of the cast fell right into place, including Vimukthi Kiriella, Muthumali Perera, Pasindu Bhagya Withanage, and Radishan Yahathugoda.

Ruwanga Samath, known for his work as the producer for the ending title track of blockbuster film Fast 5, will be executive producing the short.

Fans of High School Junkies can look forward to hopefully seeing a trailer for Temporal towards the end of 2021.

March 1, 2020 bythemorninglk No Comments
Mumbai-based chef Alex Sanchez’s idea of luxury dining may raise a few eyebrows, but the picture he painted for us sat snugly in our hearts (or should we say stomachs?).