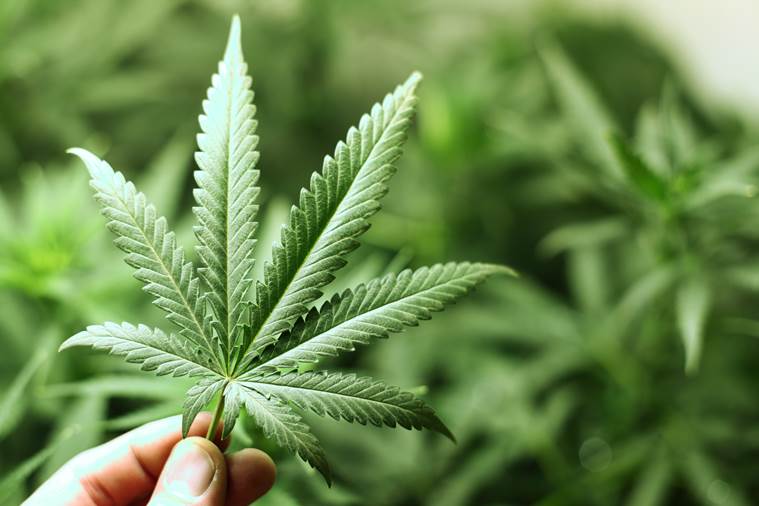 February 2, 2021 by Sumudu Chamara No Comments

Legalising and/or relaxing the laws pertaining to the cultivation and use of cannabis, commonly known as “marijuana”, is a long-discussed topic not only in Sri Lanka, but also in many other countries, and a number of countries have already taken the initiative to do so. Over the years, a myriad of groups and institutions have pointed out the pros and cons of legalising cannabis, and the Sri Lankan Government too has expressed various opinions from time to time in this regard.

The discussion on whether or not to legalise/relax laws pertaining to the use of cannabis in Sri Lanka became a topic of discussion during the weekend, after electronic media reported a statement made by President Gotabaya Rajapaksa about cannabis.

The President, speaking at a public gathering held recently in Monaragala, stated that a policy-level decision has to be taken as far as relaxing the laws pertaining to cannabis in Sri Lanka is concerned. He made this statement in response to a question posed by Dr. Wasantha Sena Weliange, an academic who has been advocating the relaxation of such laws for years, regarding establishing and implementing a proper mechanism to use the cannabis cultivated by farmers illegally for non-recreational uses, including medicinal purposes.

The Morning spoke to Dr. Weliange to know more about his stance in this connection, and he said that with proper mechanisms, laws, and policies in place, Sri Lanka can highly benefit from the controlled cultivation and supervised use of cannabis.

Regulating cannabis cultivation and use

Noting that the cultivation of cannabis is already taking place in various areas in various scales, he added that the Government, in particular the Ayurvedic and indigenous medicine sector, can use the illegally cultivated cannabis produce by streamlining the existing procedures, which currently focus on taking legal action against the cannabis farmers.

He said that even though law enforcement agencies send the illegally cultivated cannabis seized during raids to be used for medicinal purposes, this is not at all effective, since by the time these stocks reach the medical practitioners, they are likely to have lost their medicinal value.

“On the other hand, fining and penalising, which includes putting behind bars the cannabis farmers after taking their produce for medicinal purposes, is unacceptable. Instead, what the Government should actually do for the benefit of both the farmers and the country is come up with a proper long-term mechanism such as giving these farmers the opportunity to register at a state-run institution that deals with the supervised regulation and use of cannabis,” he stressed.

“Depending on how many acres these farmers have farmed, that state-run institution can harvest and weigh the cannabis produce, and also pay these farmers, which eventually paves the way for a regulated cannabis industry. It is important to give these farmers the opportunity to continue farming cannabis, as they possess the traditional practical knowledge required to do that more than anyone else,” he added.

He further explained that as a result, certain varieties of the cannabis plant, which may be endemic to Sri Lanka, are unable to pass on their genes to the next generation.

“If this continues for another year, Sri Lanka is likely to lose this plant’s varieties that are prevalent in Sri Lanka, and in the future Sri Lanka might even have to import cannabis from foreign countries.”

Speaking of the recreational purposes of the cannabis plant, Dr. Weliange emphasised that if Sri Lanka ever comes to a point where the recreational use of cannabis needs to be permitted, it too can be done safely under the complete supervision and regulation of a state-run institution.

According to him, this process should focus on replacing tobacco products with cannabis, and should involve the authorities monitoring the level of tetrahydrocannabinol (THC) – the main psychoactive compound found in the cannabis plant – so that cannabis too can be allowed to be used recreationally.

“If proper policies are introduced to handle the two varieties appropriately, Sri Lanka can go on to allow the cultivation of a limited number of cannabis plants within domestic environments, i.e. homes/gardens for purposes other than recreational and medicinal purposes. Even recreational use of cannabis involves a medicinal aspect, as cannabis contains medicinal properties,” he explained.

Adding that the United Nations (UN) has planned to eradicate tobacco products by 2030 due to their harmful effects, Dr. Weliange said the best method the Government can adopt to deal with cannabis use is by regulating it under certain standards.

Speaking of the limits Sri Lanka must stipulate if and when relaxing laws pertaining to cannabis, former Registrar of the Ayurvedic Medical Council of Sri Lanka and Samastha Lanka Indigenous Medical Association Advisor Dr. Danister L. Perera said that even though medicinal and food products and products related to the use of cannabis can be endorsed, promoting the recreational use of cannabis is not advisable at present. He said that if the Government plans to permit recreational use, strict rules such as those applying to alcohol should be adopted.

In regard to the use of cannabis for various purposes including recreational purposes, the Sri Lanka Medical Association (SLMA) recently said that despite claims of medical benefits, there are only a few illnesses that respond to cannabis-based medicines and that other medicines for such ailments are already available and are prescribed widely.

“Just because some chemical in a substance has some effect in treating an illness does not mean that the recreational use of this substance should be allowed to be promoted. For example, extracts of the poppy plant and its chemical derivatives are widely used as pain-relieving medicines around the world. This does not mean that heroin, which is also derived from the same plant, should be promoted for recreational use by entire populations.

On the contrary, there are many health harms of cannabis including mental disorders such as depression and schizophrenia, and cannabis use disorders that develop along with serious lung ailments. It also affects the brain development of adolescents. It has also been associated with self-harm and suicide as well as road traffic accidents, which already are major killers in Sri Lanka. Sri Lankans do not deserve to be cursed with more suicides and road accidents,” the SLMA said.

Cannabis as a gateway drug

Cannabis has long been identified by many as a “gateway drug” – drugs that are believed to lead the consumer to use more addictive and harmful drugs. Even though some who raise their voice against cannabis have acknowledged that it is not as harmful as tobacco, those opposed to it say it should not be legalised due to the fact that it is a gateway drug and can lead to severe issues in the long run.

However, Dr. Weliange categorically refuted the claims that cannabis is a gateway drug, and added that the term “gateway drug” was coined by industries and countries that wanted to promote synthetic products by rejecting the eco-friendly products such as cloths, ropes, and papers manufactured using certain varieties of the cannabis plant.

“Cannabis has been used in the world for thousands of years, and the British, in 1929, introduced restrictions against the use of cannabis in Sri Lanka. Certain varieties of the cannabis plant produced natural fibres for a large number of industries. Those who wanted to manufacture goods using synthetic material such as nylon, polythene, and polyester had to compete with cannabis, and as a result, the misconception of cannabis being a gateway drug that leads to other dangerous drugs was introduced,” Dr. Weliange explained.

“If it was actually a gateway drug, why would other countries such as Canada legalise cannabis for recreational purposes? In fact, instead of leading to other dangerous drugs, cannabis decreases the possibility of being addicted to them,” he stressed.

According to Dr. Weliange, another reason that led to the criminalisation of the cannabis plant is the tobacco and alcohol companies’ need to promote their products.

One of the most prominent international policy-level decisions taken concerning cannabis was the UN’s reclassification of cannabis, which for 59 years was on a list of dangerous, addictive drugs, along with drugs such as heroin.

After reviewing a number of recommendations received from the World Health Organisation (WHO) on cannabis, the Commission on Narcotic Drugs (CND), the UN’s central drug policy-making body, last year a vote was taken to remove cannabis from Schedule IV of the 1961 Single Convention on Narcotic Drugs.

However, Dr. Sajeeva Ranaweera of the SLMA told The Morning that even though the UN has reclassified cannabis, it has not been legalised, adding that the reclassification means that cannabis’ medical use can now be discussed under international laws. Nevertheless, he said that it is up to individual countries to decide what to do relating to this reclassification, and that it does not make any difference in Sri Lanka as the medicinal use of cannabis is allowed and takes place.

“This fuss is a long-term strategy to legalise cannabis use in Sri Lanka and allow multinational cannabis companies (which are backed by multinational tobacco companies) to sell cannabis products to the people. This is a cynical use of our ‘desheeyathwaya’ to gain markets for multinationals that are losing billions of dollars in their home countries,” he alleged.

Speaking of the President’s remarks, Dr. Perera told The Morning that when taking policy-level decisions regarding cannabis, international policies such as those formulated by the WHO and UN must be taken into account.

He said that the Government should appoint a dedicated committee/commission to evaluate whether those policies match Sri Lanka’s situation and how they should be adopted. Dr. Perera further said that in addition to adopting internationally accepted policies, legislative reforms such as updating laws pertaining to cannabis should also take place.

This is not the first time the Sri Lankan Government expressed willingness to look into the laws and policies pertaining to cannabis in a bid to make the necessary changes. In 2018, then Minister of Health Dr. Rajitha Senaratne said the then Government had paid attention to allowing the cultivation of cannabis for non-recreational purposes, particularly for medicinal and export purposes. Also, current Minister of Trade Dr. Bandula Gunawardana recently pointed out the importance of permitting cannabis in a controlled environment for export purposes.

However, Prime Minister Mahinda Rajapaksa last year said the Government would take stern action against those promoting cannabis, and that a committee had been appointed to study the harmful effects of cannabis.

The SLMA, in a letter addressed to the Premier, had said that cannabis causes immense harm already in Sri Lanka, and that carrying out any changes in the current laws related to cannabis will only help increase the use of this substance. It also stated that cannabis is responsible for widespread mental illnesses in young people, and that it has been shown to increase road accidents and to act as a gateway drug to other harmful substances.

Almost everything has its advantages and disadvantages, and after evaluating which outweighs the other, we adopt or reject them. Sometimes, we do not have sufficient information or knowledge to gauge the extent to which a certain thing benefits us, and it begets debates and confusions.

Cannabis, which has a history of over thousands of years, is not at all a new substance, and we have heard enough about its pros and cons. A law or policy can only regulate a substance to a limited extent, and when it comes to substances that possess benefits and harms alike, we need to exercise responsibility.

February 1, 2021 byLahiru Pothmulla No Comments
The Cabinet of ministers has today approved the proposal submitted to develop the East Container Terminal (ECT) at the Colombo Port solely under the Sri Lanka Ports Authority (SLPA) management, source