Hatton National Bank PLC (HNB) reported a profit before tax (PBT) of Rs. 10.3 billion last week for the nine-month period from January to September, a decline of 23.1% YoY compared to the corresponding period of 2019, while the profit after tax (PAT) of Rs. 7.7 billion represented a drop of 3.8% YoY.

The bank noted the removal of the Nations Building Tax (NBT) and Debt Repayment Levy proved to be extremely vital to maintain the stability of the banking sector, especially in the current context. 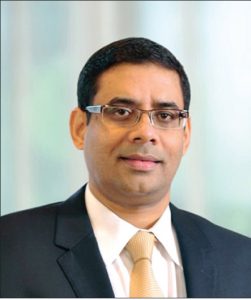 Commenting on the performance, HNB Chairman Dinesh Weerakkody stated: “Sri Lanka managed the first wave of the pandemic commendably. However, as the situation continues to evolve globally, we as a nation are currently at a crucial juncture once again. Despite the significant challenges brought about by the pandemic, HNB continued to demonstrate strength, stability, and resilience. The recent unprecedented two-notch downgrade of the Sovereign rating by Moody’s has been a further setback. In this backdrop, I’m happy to note that HNB was able to conclude a long-term loan agreement of Rs. 60 million with the French development financing institution Proparco to support the SME sector of Sri Lanka.”


The monetary easing adopted post pandemic has led to a 400bps drop in AWPLR since the beginning of the year. The interest income of the bank declined in line with the drop in interest rates to Rs. 79.6 billion by 8.7% YoY in comparison to the corresponding period of 2019. Interest expenses of Rs. 45.8 billion represented a 7.3% YoY drop from last year, resulting in a net interest income (NII) of Rs. 33.8 billion, which was 10.6% lower compared to the first nine months of the previous year.

The impact of Covid-19 continued to hamper the net fee and commission income which declined by 18.9% YoY to Rs. 5.4 billion as a result of the restrictions placed on imports, low volume of foreign card transactions, removal of certain charges as part of Central Bank of Sri Lanka (CBSL)-initiated Covid relief scheme, low level of economic activity, etc. However, the bank witnessed an encouraging increase in income from digital products and platforms with customers shifting to digital channels under social distancing and health guidelines. 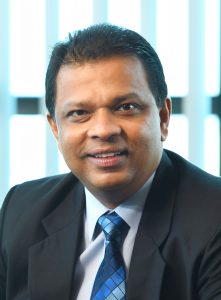 Expressing his views on the performance of the bank, HNB Managing Director/CEO Jonathan Alles stated: “Our country was moving in a positive trajectory over the last few months, until the second wave struck us. However, this has been a common phenomenon across the world. Therefore, it is important to provide the necessary support to drive grassroots-level revival and adapt to the ‘new normal’. As of September, HNB has provided moratoriums to over 85,000 customers and processed working capital finance amounting to over Rs. 24 billion to Covid-affected businesses under the CBSL Saubhagya schemes.

“Over the past two years, the banking sector of Sri Lanka has stepped in to support distressed sectors, providing necessary financial assistance as our country underwent multiple shocks. At this critical point in time, as a responsible D-SIB, HNB will once again stand by its loyal customers to ensure they come out of this crisis successfully. We strongly believe the authorities will introduce sustainable, long-term solutions and more stable alternate funding options to support the most vulnerable segments of our economy.”

Although the bank’s policy is to account for impairment for foreign currency denominated government securities based on the ratings published by Fitch Ratings, the bank recognised a provision of Rs. 427 million during the third quarter of 2020, on account of the sovereign downgrade by Moody’s in September 2020, in addition to the provision made in Q1 2020 due to the sovereign downgrade by Fitch Ratings.

Borrowing from the little brother

May 30, 2021 byNews Admin No Comments
Once again, despite “travel restrictions” confining people to their homes, Sri Lankans were kept entertained by a week of drama, courtesy of our political environment. First, it was announced that MPs