Hooda under Anti-Corruption radar at IPL 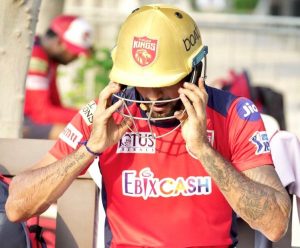 Four hours before the start of the match against Rajasthan Royals, Deepak Hooda had posted this picture with the phrase, “Here we go”

The Anti-Corruption Unit of the Board of Control for Cricket in India (BCCI) is keeping a keen eye on Punjab Kings (PBKS) batsman Deepak Hooda’s social media post on Tuesday (21), ahead of their match against Rajasthan Royals in Dubai.

Around 2 p.m., four hours before the start of the match against Rajasthan Royals – where the latter’s pacer Kartik Tyagi gave away just one run in the last over to script a miraculous win – Hooda had posted a picture (seen here) with the phrase, “Here we go”, only to violate, according to officials, the anti-corruption guidelines of the BCCI-organised tournament.

October 1, 2018 byRevatha No Comments
Sri Lanka Under-19 record wins with utmost ease in their first two matches of the 5th U-19 World Cup, now being held in Bangladesh. Notably, one of the losing sides against them were the hosts.