How did SL rack up the highest annual elephant deaths in the world?

Over the past 12 months, the number of elephants killed due to the Human-Elephant Conflict (HEC) in Sri Lanka was uncovered to be 407, as opposed to the previous annual average of 272. Environmental scientist and independent elephant researcher Dr. Sumith Pilapitiya told The Sunday Morning Brunch that despite this marking Sri Lanka as the country with the highest number of deaths, this is not news – this has been the case for the last decade. It only made headlines because Dr. Prithiviraj Fernando was asked to make a presentation on the HEC to the Committee on Public Accounts (COPA) in Parliament.

There are an estimated 7,500 wild elephants in Sri Lanka. A majority of these deaths are attributed to the rampant HEC in the country, which indeed, has been in the news time and time again. According to other media reports, COPA Committee Chairman Tissa Vitarana had stated that the number of people killed as result of the conflict has also increased from an average of 85 humans to 122 per year in the country.

Animal rights advocate and activist Dominic Perera, who is also the Director of Justice to Animals and Nature, which is headed by the Bodhiraja Foundation, too noted the colossal disparity between the number of elephants being killed and the number of calves being born.
“The pregnancy of an Asian elephant lasts nearly two years. At this rate, in two years, there will be close to 750-800 or more killings committed. If this continues for the next 10-12 years, there is no question of a possibility of an extinction within our lifetime.” 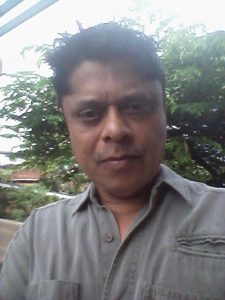 “They take photos of these wild elephants at their premises and then they advertise them. It has become a money-making marketing tactic. I believe that this is absolutely wrong”                      Justice to Animals and Nature Director Dominic Perera

As observed most commonly in the agricultural sector, and due to encroachment of habitats by humans as a result of unplanned urbanisation, Perera’s studies have shown that there are also remarkably high numbers of groups that intentionally feed elephants to lure them into their areas, as spotted abundantly among owners of small boutique hotels or guest houses.

“They take photos of these wild elephants at their premises and then they advertise them. It has become a money-making marketing tactic. I believe that this is absolutely wrong,” expressed Perera. “It also causes the unnecessary migration of elephants into areas which they would otherwise not normally come into.”

As a habit, elephants would roam areas where they expect food to be, but when they do not get what they are looking for, they would roam the surrounding areas to find a plantation of sorts and feed on that crop, because that is what they came looking for, he elaborated.

“Once you teach an elephant a habit – it may be good or bad – it would last for extensive periods of time. That’s how the elephant’s system works. If you are used to feeding elephants that are part of a herd, you would suddenly attract a whole group of elephants,” he explained.

Perera also noted the wide circulation of media of elephants walking through hotel lobbies on social media. “Mind you, that is not something that is normal, unless your hotel is in the middle of an elephant corridor – which it should not be – or if they are intentionally feeding them.”

Where there is forestry, outside is a buffer zone, and you are ideally not supposed to encroach into the buffer zones, let alone the forestry, he explained. “The purpose of the buffer zone is to protect the wildlife, but they either build their facilities there, or use these zones as garbage dumps, attracting elephants.”

Need for a change in perspective 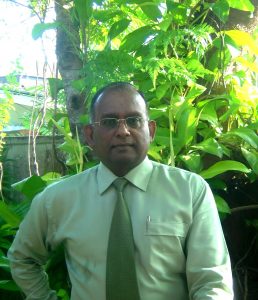 “It’s an important thing to realise and remember that elephants are creatures that, by nature, do not adapt. They will imply, figuratively, that ‘this is my land, this is where my ancestors walked. I’m here and I will not leave” Environmentalist and wildlife enthusiast Srilal Miththapala

Environmentalist and wildlife enthusiast Srilal Miththapala, adding that the current number is part of “dubious statistics”, stated that when roughly put in numbers, in reality we are almost losing an elephant a day.
“Unfortunately, there isn’t a quick fix to the problem. The solution has to be multifaceted and holistic,” said Miththapala. “The people have to understand what kind of animal the elephant is, firstly.”

“The elephant is highly intelligent, they move in herds and they move in time-honoured paths and very specific corridors (alimankada),” explained the elephant expert. “They are not going to change their movements merely due to the introduction of a human settlement in the midst of their habitat, and you can’t make new corridors for them. These are proven time and time again by ample research conducted by Dr. Prithiviraj,” he said.
Dr. Prithiviraj is known for going as far as putting collars on elephants to track their movement patterns. Another unsuccessful tactic used is to translocate “stray” elephants. They are used to certain comfort zones, and they are not going to move from them, according to experts.

“It’s an important thing to realise and remember that elephants are creatures that, by nature, do not adapt. They will imply, figuratively, that ‘this is my land, this is where my ancestors walked. I’m here and I will not leave’,” claimed Miththapala.
Dr. Prithiviraj’s research evidently shows that most elephants who are captured and translocated to the outskirts of their respective corridors will somehow find their way back and on the way, they would get shot or hunted, and die.

It’s a very unfortunate situation in which we have this magnificent animal in Sri Lanka where no other nation has such a high density of elephants such as ours.
Miththapala shared with The Sunday Morning Brunch that he is currently working on a study that calculates the economic value of an elephant for tourism (only), and the initial findings denote that each elephant is worth Rs. 3-4 million, based off research in the areas of Yala (100 elephants), Minneriya/Kaudulla (300-400 elephants), and Udawalawe (1,000 elephants).

“So if we are calculating ‘x’ amount of elephants, how much money are we losing out as a developing country?” he questioned. “I’m focusing on the monetary aspect, because many groups and activists have tried to show the policymakers all other aspects. My intention is to show what we’re losing out, in a language they will hopefully understand.”

Tough calls and the need to inculcate studies into policy

Both Miththapala and Perera, echoing the sentiments of many activists, affirmed that fences cannot be used as the backup plan for each and every given scenario involving an elephant. “It has to be a carefully planned national effort,” Miththapala said.

As pointed out by the COPA, 4,211 km of elephant fence had been constructed by 2016 to control the HEC, but had become inactive in a short period of time. A whopping Rs. 86 million is spent annually for the maintenance of the electric fences, for bare minimum results.

“Once you have that information in hand, you have to realise, understand, and think about how you can make development possible, while safeguarding elephants – one of the biggest assets that the country truly has,” stated Miththapala.

He shared that in certain instances, you might even have to move certain human settlements to alternate lands. To make decisions to move people out when a population has a larger elephant population density than humans, or vice versa, is extremely possible if the policymakers take heed of the ample research people are doing privately, he noted. “It will have to be a continuous step-by-step process of at least five years to understand and work towards a better solution.”

What we can do now

Activist Dominic Perera revealed that a major part of his research undertakes studies on the railway elephant conflict and the highway elephant conflict.
He identifies the human-elephant conflict to be “one of the most difficult crises we are yet to address”, as this requires a massive amount of supportive infrastructure: the involvement of a lot of ground personnel, many institutions, technology, and most importantly, funds.

“If we can cut down 50% of these deaths, it’s a big step forward. These numbers are much higher, as opposed to the numbers from 15-20 years ago,” he said. “There’s always going to be conflict, as the humans will never stop encroaching on their homelands, but we can start from lesser complicated issues.”
Perera shared that electric fences are something that did not work in the past, and would not work in the future. “You have to find a solution around the elephant, and not exclude it. All solutions can involve an electric fence and some sort of a division.”

Perera shared with us an ambitious yet highly promising project he is currently working on: the ECHO project (Elephant Crossing Help Operation), for which he is the inventor, designer, and manufacturer.

He stated that taking the last five years into account, an estimated average of 20 elephants die annually due to the elephant railway conflict – a considerable amount of preventable deaths.

Furthermore, Perera is also concerned on the domino effect behind the elephant railway conflict. “If the night tankers carrying fuel and petroleum topple over after colliding with an elephant, a larger environmental issue would be caused. It thereby has the potential to have an impact on the vegetation and other species of flora and fauna, and subsequently, to mankind.”

His plan is to resolve the issue through an early warning system that could be later deployed into tackling the highway elephant conflict in equal measure. “Sri Lankans have the right to protect these animals, who are enlisted as endangered, however they can,” he concluded.

The time for us to build a sustainable future is now