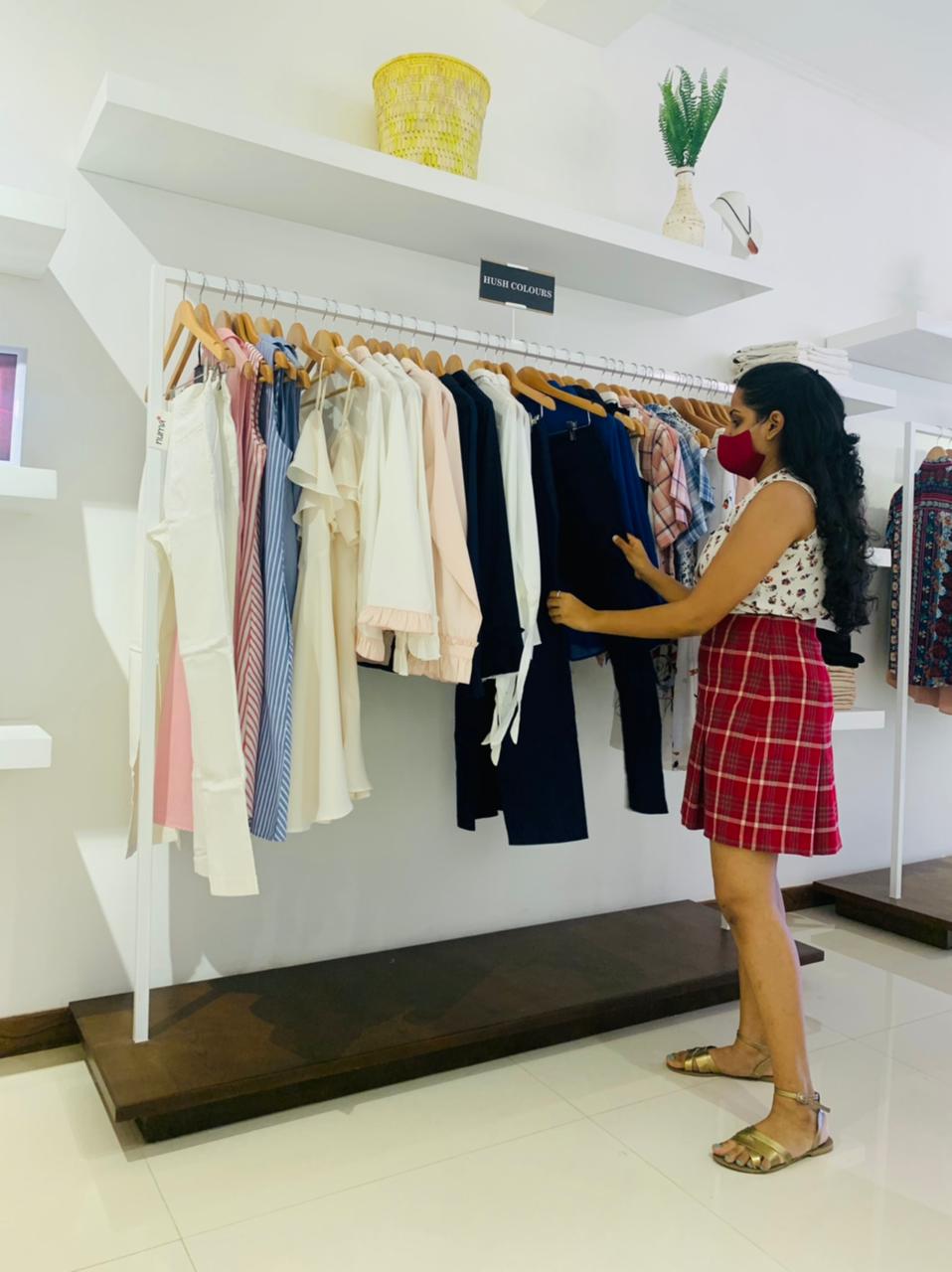 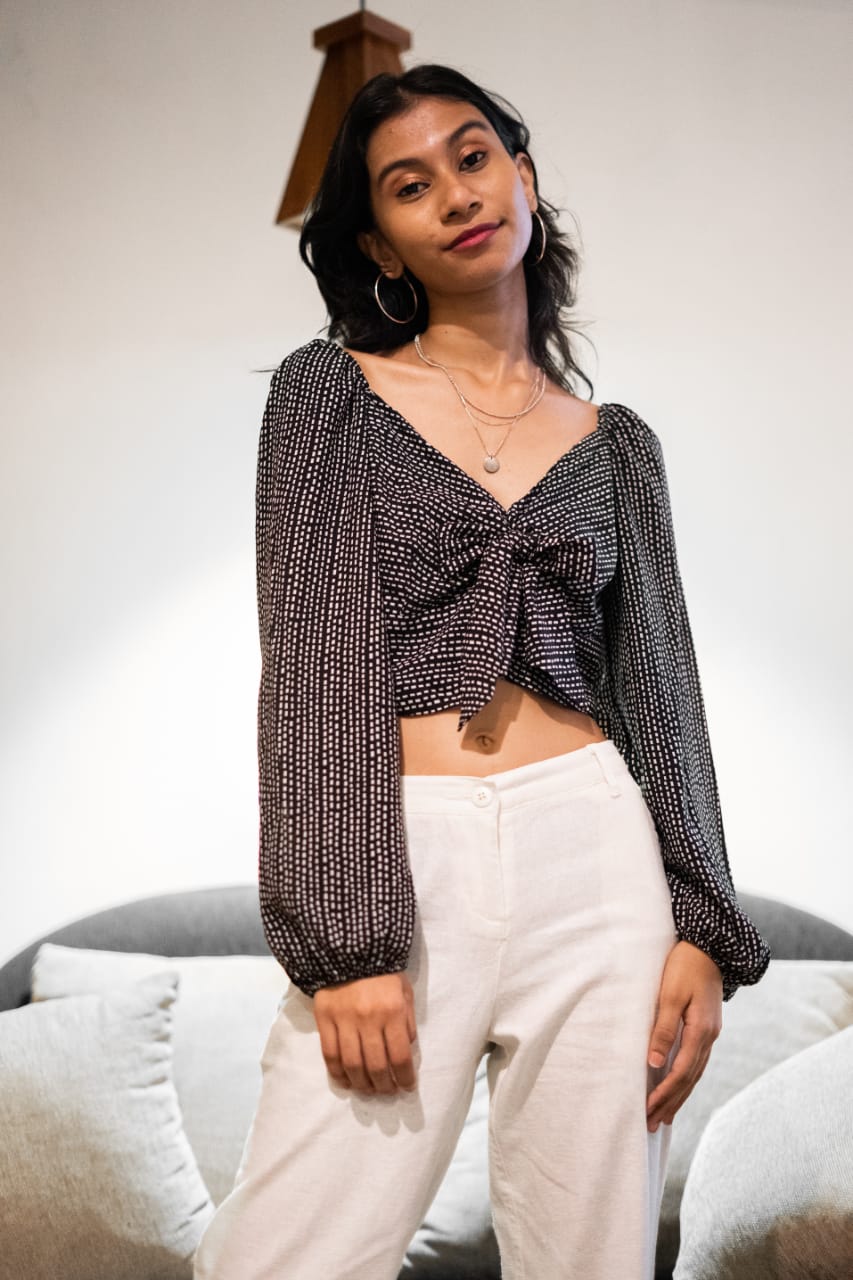 Sanudi Battage recently launched her brand Hush Colours, at Numa – The Concept Store. The brand specialises in office wear and linen clothing. We caught up with her for a chat about her journey in the fashion industry and more.

Hush Colours came into being after her parents started a garment factory in 2016, which supplied to some of the top retailers in the country. They began introducing their own collection in March 2020; ever since then, she took up the retail aspect of it, and she’s been marketing it online and promoting the product as much as possible.

Talking about what it was like to work with the Covid situation last year, Battage added that they introduced face masks with the brand logo on them, to further promote the product. This actually took off and they began shipping to Australia and Canada, and the business was developing.

“Over 2020, we had a significant amount of sales; not a lot, but over time, our followers started growing. Our customers always come back to us and tell us that they liked the fact that our clothes are export quality and are reasonably priced.”

The collections are mostly designed by Battage, even though she recently got a few new designers on board. Describing to us what her inspiration is, she commented: “I design my clothes according to what I like to wear because my body shape is neither thin nor on the plus side, and started designing along those lines. I got some tips off Pinterest as well, but for the most part, it’s everything I would like to wear.” 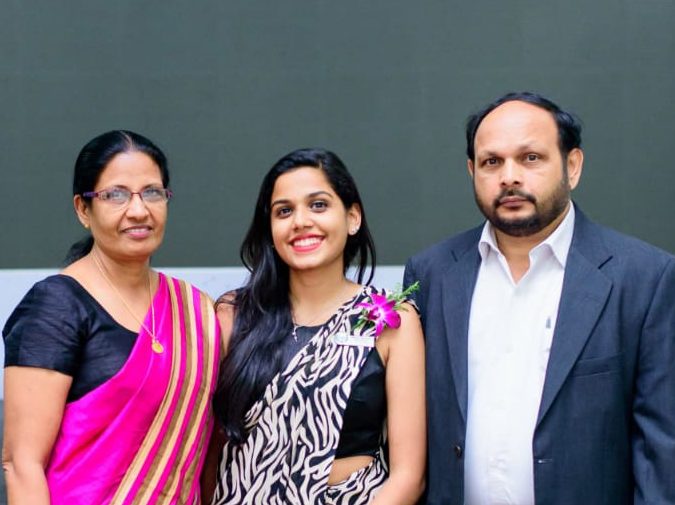 She explained that once the designing is done, they develop their first sample and do a fitting for someone of the size of the outfit: “For example, if the outfit is meant for a size 10, we do a fitting and see what adjustments need to be made and then we go for a second fitting once everything is adjusted.”

Hush Colours initially began as an online clothing store, but now is available for retail. Expressing her feelings on this achievement, Battage commented: “When I went for the first meeting with the store owners, I was really excited and shocked because I had just started retailing almost exactly a year ago. Not a lot of businesses can say that they improve yearly but we did.” Going into the next aspect of their retail sales, like developing the brand, was something that Battage really enjoyed and described as “a breath of fresh air – we were exploring new waters, and of course, it came with a lot of stress, but eventually, we smoothed out the finer details and we figured our way through it”.

She added that she just received the figure for last month’s income, and she was very pleased with how well they’re doing, even in times of a global pandemic. “We are extremely happy and we do believe that our product is developing. We get calls from people inquiring about how to purchase our products, which is a big deal for our brand as people seem to know what our brand is.”

Battage has big plans for the rest of the year. She shared that she has been in discussion with a large retail outlet about launching another retail space for Hush Colours. She explained that the retail space has outlets all over the country and once launched, her collection will be available islandwide and she is very excited for the future.

December 2, 2021 byNews Admin No Comments
Today marks the International Day for the Abolition of Slavery – a day set aside by the UN since 1986 to celebrate the abolishment of slavery the world over.

‘I was born to be a dancer’

December 14, 2021 byNews Admin No Comments
Twenty-four-year-old Kavindu Madushan is a dance choreographer, influencer, and actor. He set his journey as a dancer in motion at a very young age and has come to love all styles of dance. Brunch had