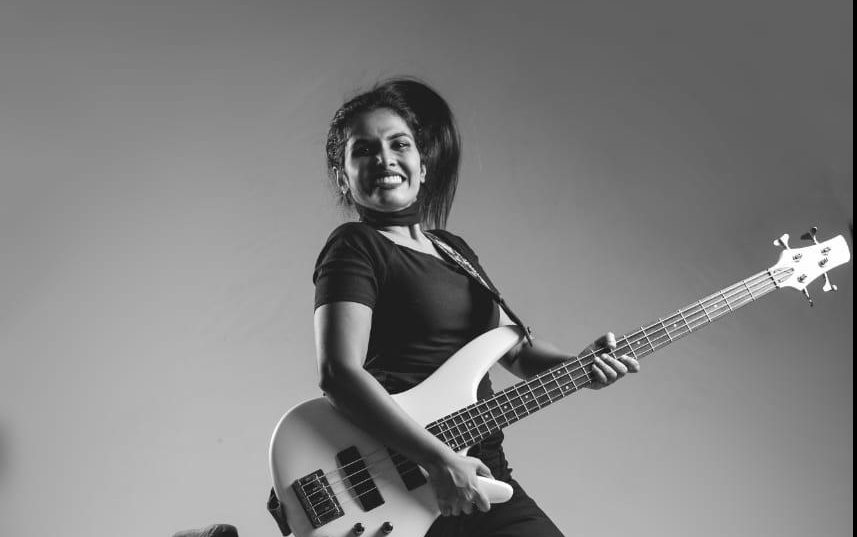 I could feel the bass within me: Madara Amarasinghe

Madara Amarasinghe’s love for music led her to become one of the few female bassists in the country. Her skill with the instrument has garnered quite an impressive number of fans over the years. Aside from being a musician, she is also working as a fulltime digital marketer for a company overseas. Along with her love for music, she also has a love for food – particularly baked goods – which led her to open up her own cloud kitchen on Instagram. 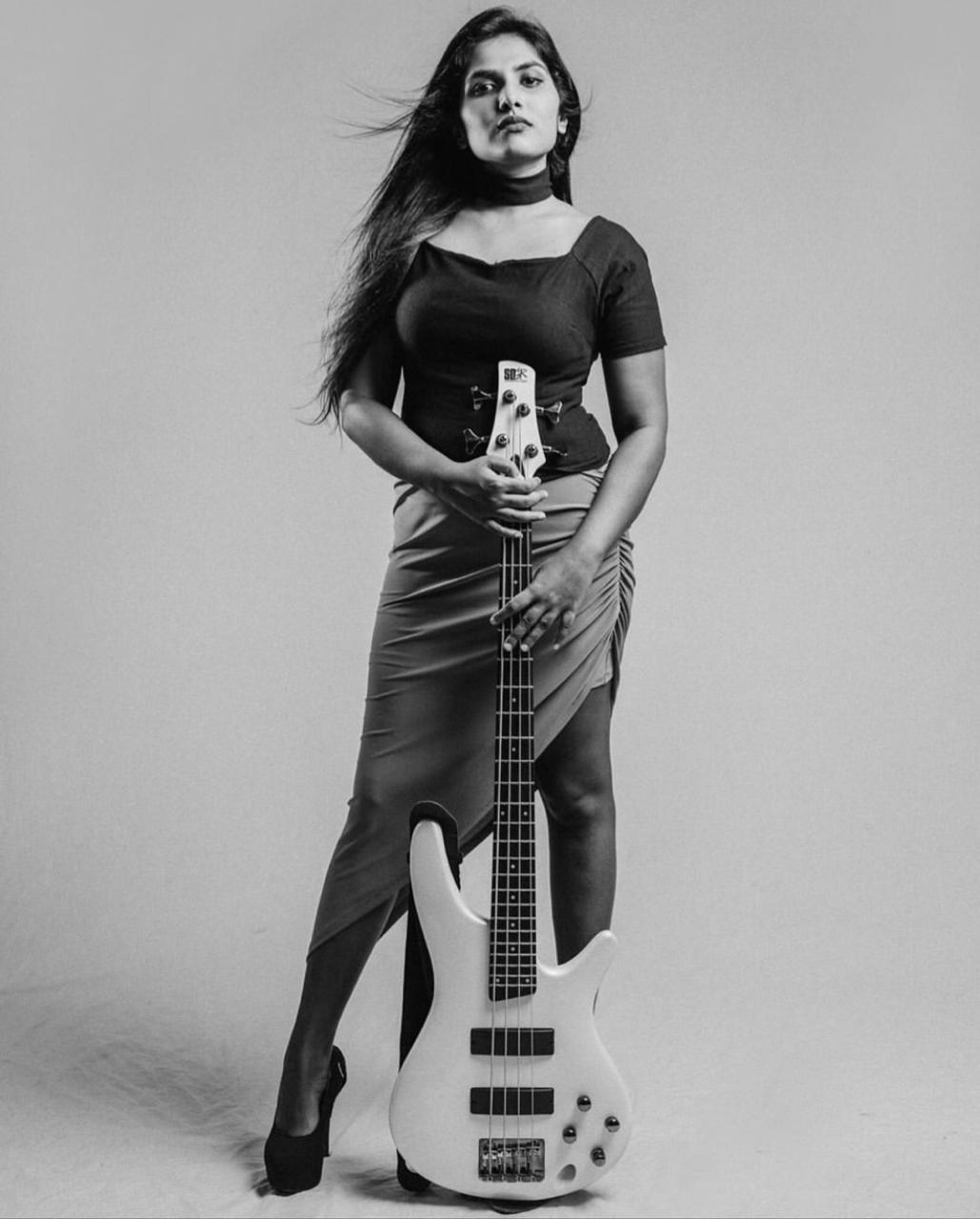 Speaking to Brunch, Madara told us that music has been a huge part of her life since she was a child, adding: “I started off as a singer, just doing musicals in school and then began playing the viola. I eventually ventured into rhythm and lead guitar.” She explained that she received her first bass guitar in 2015, but back then she wasn’t too serious about becoming a professional musician. 2017 was when she decided to give music a try professionally and became involved in a few projects and also a TV programme. She commented: “I have worked with a lot of great musicians, and I’m lucky to have had so many great mentors throughout my career.”

She added that the last band she was in, called “138”, was an amazing adventure for her and helped her gain a lot of experience in the industry and honed her skills with her instrument. Talking about why she picked the bass guitar as her instrument, she noted that it was because of the love she had for it. “It’s a very underrated instrument. It’s about the groove and the feel; I felt the bass and just knew that was what I wanted to do.” She also explained that the bass and the drums are the foundation of any song, and she loves how strong the instrument is and how it connects and speaks to her.

Describing her experience as a female musician in Sri Lanka, she added that it’s essentially been a great experience. “I’m not saying that there haven’t been any challenges, but it went pretty well for me.” She also observed that many girls in our country don’t get into music as they are under the assumption that it is not a stable career. “If you have the love and passion for it, you should go ahead and pursue it,” she advised. Throughout her career, she mentioned that she has received a lot of love and support that she is grateful for. 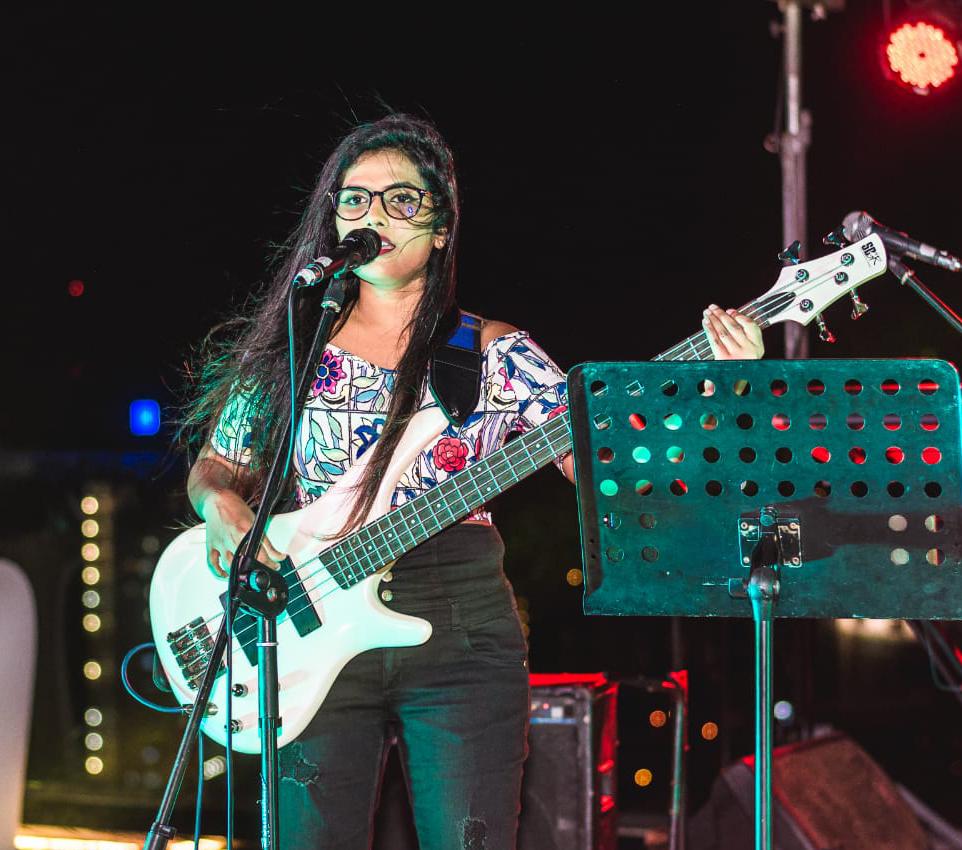 She also spoke about the most valuable lesson she learned during her career. “When doing music, you can get distracted pretty easily, but it’s all about what you feel when you do your music. When you play your music, when you’re with your instrument – you can feel it. You should be able to speak to people through your music.”

Touching on what music means to her, she said that she is very emotionally attached to it, adding: “It’s a language that I express my feelings with. It’s not just playing an instrument and getting in front of people and performing a song. It’s about how I deliver myself to people.”

Madara also stated that the pandemic was a very tough time, not just for musicians but for everyone. “It was a nightmare. The band was picking up, everything was working pretty good, and then the pandemic happened and I was not ready for that. Every gig was postponed or cancelled; we were stuck for months.” She used the time she had from the lockdowns to improve herself and practise; during that time, she also learned digital marketing, which she added was a great distraction for her.

She has some interesting plans for 2021, that she doesn’t want to divulge just yet, but added that she will be focusing on her fulltime business as well as her baking page, and keep hoping for better times ahead.

The story behind Underdogs Sri Lanka

January 6, 2022 byNews Admin No Comments
Underdogs Sri Lanka was created to give a second chance to strays in need of support. Set in an area where the signs of civil war are still affecting the community, Underdogs Sri Lanka is completely d

All for love and love for all

September 30, 2021 byNews Admin No Comments
From a selfish crusade to an empowering queer community organisation, Yellow Dot has come a long way from their roots. Founded on the principles of empowerment, inclusivity, justice, reconciliation, a