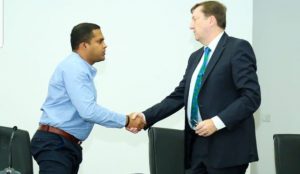 ICC has given a two-weeks amnesty for Sri Lankan cricketers and officials to reveal any cricket-related corruption approaches, Sports Ministry sources reported on Wednesday, 9 January.

Fernando requested players and officials to share with Richardson any information regarding cricket-related corruption during the two-week amnesty period given by the ICC.

The ICC has told media that they will inform the general public shortly as to how they can report the ICC officials any information regarding corrupt practices in the field of cricket.

Recently former Sri Lanka national players Nuwan Zoysa, Sanath Jayasuriya and Dihara Lokuhettige were charged by the ICC on cricket-related corruption or for not assisting the ICC on its investigations.

Minister Harin Fernando said the following at the said forum of players and officials as he introduced them to the new ICC ACU official Steve Richardson:

I felt worried when ICC told me that Sri Lanka is the most corrupt country. The ICC will run an office for two weeks from now on and if you have any information regarding corruption in cricket, you can inform them into that office.

My duty is to protect those who provide such information to the ICC. I will safeguard you. According to ICC laws, not informing any attempt to influence match-fixing is a violation of its conduct. The ICC will give a special consideration for those who report such attempts to the ICC during the coming two weeks.

Sri Lanka also will make new laws so as to imprison those who involve in corrupt practices and match-fixing in sport.

The law will be passed in parliament in March. Five-year imprisonment and a hefty amount of fine can then be imposed on anybody who will be proved of involving in any corrupt practice.

The ICC has shown me that our cricket has gone beyond involving with gambling. It has links to the underworld as well. It is a serious allegation.

I and my secretaries will create an atmosphere where we can save cricket from this situation. A few former senior players have come forward to support us in this endeavour.

We should get together to alleviate corruption from cricket. We should not be worried about board elections and interim committees. Anyone can come to power after those elections.

I am also concerned about what you earn as cricketers, how much the division II players are earning etc. 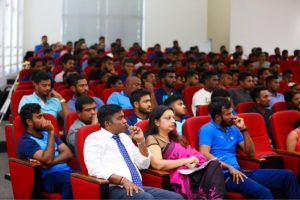 Section of the players, coaches and officials who took part on the occasion on Wednesday

I saw last few days that wives of some players creating a problem. I request all of you to keep your wives at home and go to matches. This is chaotic. We are ashamed to see that. We don’t want to hide these things. The world will think that we are a mad country.

Sri Lanka can never win when players are playing individually.

Trust me. We’ll make Sri Lanka No.1 in the cricket word.

Out of Focus: An analysis on a great sports photograph

May 17, 2021 byRevatha No Comments
May miss tour of England for WTC Final