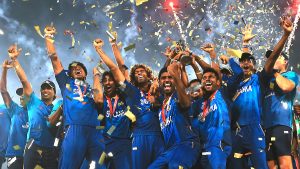 # This year’s International Cricket Council (ICC) Twenty20 (T20) World Cup will be held from 17 October to 14 November in the United Arab Emirates (UAE) and Oman with the participation of 16 countries. There will be a total number of 45 matches

# The event has generally been held every two years

# In May 2016, the ICC put forward the idea of having a tournament in 2018, with South Africa being the possible host

# But at the conclusion of the 2017 ICC Champions Trophy, the ICC dropped the idea of the 2018 edition

# Now in next year (2022), the eighth edition of the T20 World Cup is scheduled to be hosted by Australia

# The idea of having the tournament in 2021, after a lapse of five year, emerged last year with the hosts being India

# However, due to the Covid-19 pandemic in India, the matches were later relocated to the UAE and Oman

# Two teams each from the group stage, consisting of four teams each, will join the eight direct entrants to complete the Super 12s line-up

# If Sri Lanka and Bangladesh qualify from the first round, they will retain the seedings of A1 and B1 respectively for the Super 12s

# The top two teams from each group of six, from the Super 12s, will make the knockouts or semi-finals, the match-ups being – A1 v B2 and B2 v A1 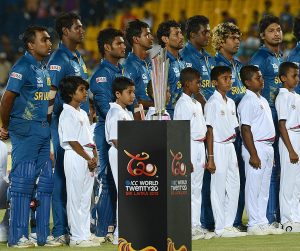 Sri Lanka before the 2012 final in Colombo where they lost the second back-to-back T20 World Cup final, this time against West Indies

HIGHLIGHTS
# Australia will open their campaign in the T20 World Cup 2021 against South Africa in the first game of the Super 12 stage at the Abu Dhabi Stadium on Saturday, 23 October

# Australia, who have won the ICC Men’s Cricket (50-over) World Cup five times out of 12, but are yet to win a T20 World Cup title, are grouped with England, South Africa, and the West Indies along with two yet-to-be-determined qualifiers this time

# In the third edition of the tournament held in 2010, England defeated Australia in the final in Barbados, winning their first ICC global event

# Australia last played England in the T20I format almost 12 months ago, losing a three-game series 2-1 in the UK

# The two teams have met each other on 20 occasions before, since June 2005

# England have won eight times whilst Australia won on 10 times. One match was abandoned and another one ended without a result, both in 2009

# India will take on their archrivals Pakistan on Sunday, 24 October in Dubai

# The two countries last met each other in March 2016 in Kolkata, when India won by six wickets

# The two teams have met so far on eight times, with India winning on six times and Pakistan only once, with their first meeting in T20Is in 2007 ending in a tie

# Abu Dhabi will be the venue of the first semi-final on Wednesday, 10 November while the other semi-final will be on Thursday, 11 November

# The grand finals of the tournament will be played at the Dubai International Stadium at 6 p.m. local time, or 7.30 p.m. Sri Lanka Time, on Sunday, 14 November 2021 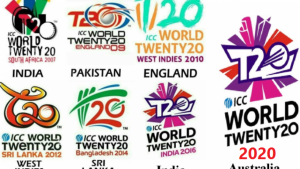 Group A: Sri Lanka, Ireland, the Netherlands, and Namibia

(Top two teams from each group advance to Super 12s)

Group 1: England, Australia, South Africa, West Indies, A1 and B2.

Group 2: India, Pakistan, New Zealand, Afghanistan, A2 and B1.

(Top two teams from each group advance to the semi-finals) 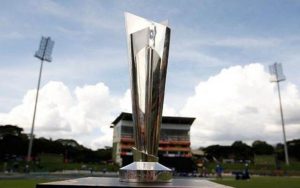 (All times in Sri Lanka Time)

December 5, 2021 byRevatha No Comments
An analytical look-back at Mickey Arthur's role as Sri Lanka Head Coach. Yes, Sri Lanka are now in a better place than before. How much is he to get, out of that credit?

April 9, 2021 byRevatha No Comments
Star Sports likely to have the last say