ICC NOT WORLD GOVERNING BODY, BUT AN ‘EVENT MANAGEMENT COMPANY’ 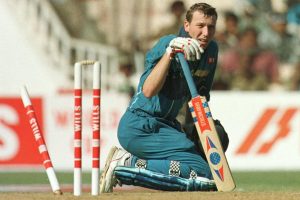 A former England Captain, Mike Atherton, now having to condemn the game’s world governing body ICC, which had been considered a tool of the very Englishmen some decades ago, is nothing but a fatalistic preposition

Former England Captain Michael Atherton lashed out on Friday (24) at the International Cricket Council (ICC). He questioned mainly the game’s global governing body’s role after the recent spate of matches and tours being called off abruptly.

The New Zealand cricket team that had already arrived in Pakistan pulled out of their tour mere minutes before the first match, citing security reasons.

Following the development, England too backed out from their next month’s tour of Pakistan creating distress among cricket fans whilst reigniting the current debate of international cricket on two major fronts:

(i) The cricket world is polarising between its economic and administrative Big Three – Australia, England, and India – and the other nations, and

(ii) the ICC is slowly becoming helpless as the game’s world governing body as the franchise twenty-over (T20) leagues in various countries — particularly in India – getting richer by every year making those respective national boards and the players frequenting in those leagues together becoming more influential than the ICC.

Reacting to the above development in his recent column for the The Times in England, Atherton wrote that the ICC has become weaker after players becoming powerful with all the money flowing in from franchise-based leagues.

He added that ICC, which is supposed to be the most powerful cricketing body, has been reduced to an “event management company.”

The former England Captain felt that ICC had little standing in monitoring the game’s moral issues or its direction, and was more focused on running its properties like World Cups, World Test Championships, etc.

India withdrew from Test for IPL?

He has also noted that “the ICC has had an ‘Acting’ Chief Executive since July”, probably emphasising ICC’s lack of proper organisation within itself.

Earlier this month, the touring Indian team pulled out of a fifth cricket Test of their England tour after members of its support staff had been tested positive for Covid-19.

The detractors of “the Covid argument” here suggested India unilaterally withdrew from the Test match only to have sufficient time to reach UAE and undergo quarantine there, before the start of the Indian Premier League (IPL).

Player now above the ICC?

Atherton says the way money is involved and distributed in franchise-based cricket leagues across the world made players more powerful than the very world body. He has also pointed out that players now have opportunities beyond international, or country versus country, cricket.

“Two factors have made the players far more powerful than previously. The first is money, and the way it is distributed, and the second is opportunity. Greater opportunity outside of international cricket, through franchised T20 leagues, means the players hold the whip hand,” Atherton had written.

Atherton has also claimed that, owing to the IPL contracts, many English players chose to be unavailable for the New Zealand series. He feels that the fact that the England and Wales Cricket Board (ECB), as an employer, deciding to let off the contracted players for two months of IPL was bizarre.

“It (ICC) runs its properties well – World Cups, World Test Championships, and the like,” wrote Atherton, who led England during 1993-98.

After retiring from England duty after 115 Tests in 2001, he took to a successful career as a commentator whilst taking on from legendary Christopher Martin-Jenkins as The Times cricket correspondent in 2008.

“The ICC, the game’s supposedly ultimate powerbroker, has been reduced to an events-organising company,” Atherton has added belittling and satirising quite aptly the mediocre role played by the Dubai-based body, currently headed by New Zealand’s Greg Barclay.

October 9, 2018 byRevatha No Comments
IPL has contributed to the Windies’ travails in the longest format, feels Carl Hooper. Gayle, meanwhile, is out of ODIs against India.