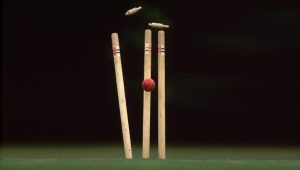 The ICC will aim to fast track policies to crack down on sexual harassment in cricket, with the view of implementing them ahead of the Women’s World T20 that begins on November 9 in the Caribbean. It hopes to discuss its ‘Safeguarding Policy and Guidelines’ at its quarterly meetings beginning Wednesday, 17 October in Singapore.

The urgency to put these guidelines in place was driven by nine cited incidents of alleged sexual harassment or inappropriate behaviour in the cricket world, including at international matches or ICC events, in the last 18 months.

Alleged incidents in the last 18 months

“These types of incidents cannot be tolerated,” the ICC chief operating officer Iain Higgins and senior legal counsel Sally Clark said in a note to the Women’s Committee, Chief Executives Committee, Development Committee and the ICC Board, according to a report in the Hindu. “Given that the next event on the ICC calendar is the ICC Women’s WT20, which we consider to be an event at the higher end of the risk spectrum, it is recommended that the ICC policies are put in place, if at all possible, in advance of the start of this event.”

It is intended to bring the media under the scope of these guidelines as well.

While the ICC aims to put in place such policies, the BCCI is dealing with an anonymous allegation of harassment against its CEO Rahul Johri, who will not attend the ICC meetings in Singapore because he is preparing his response to the claims. The allegations against Johri pertain to a time when he was not employed by the BCCI and not involved in cricket administration.

February 22, 2021 byRevatha No Comments
Niluka Karunaratne announces his retirement from all local events