With little over three months to go for Sri Lanka Cricket (SLC) election, the discussion is really hot about the current downfall of the standards of the Lankan cricket team, as well as the entire cricketing structure of the country.

Many stakeholders air their view in support and in opposition to the present administration.

Where have we gone wrong? How are we going to come out? Is it really possible?

Here, we have former Sri Lanka national player and coach Avishka Gunawardene airing his views, in his usual aggressive way, on the matter in a recent internet interview with popular journalist Chamuditha Samarawickrama.

Gunawardene played six Tests and 61 ODIs for Sri Lanka between 1998 and 2006 and later became coach of his club, the Singhalese Sports Club, and Sri Lanka A. During the latter tenure, he was credited for unearthing great national talents who went on to represent Sri Lanka at the highest level.

Q: Mickey Arthur (Sri Lanka Head Coach) had been reported as saying that he was worried when they were in South Africa that he too could have put on the pads and gone into the middle and batted because there were so many Sri Lanka batsmen who got injured during that tour.

A: Oh God! A Coach is brought down by paying so many crores of money and he says like that.

I saw him (Arthur) saying after the first Test (against England in Galle) that we (Sri Lanka) lost because we didn’t bat well in the first innings.

Why should we pay for a Coach then? Even you and I can make such statements after a defeat.

Q: Who will be the most suitable candidate at the moment for the post of Chairman of the National Selection Committee?

A: With what is there right now, any of the former good players won’t come (to support the current Cricket Board). All past players, whom I have talked to and who have maintained a good reputation, have told me that they will not come.

What they really say is that if you jump into a pool of mud, you will end up with mud on all over your body too. Many of those former players, who have maintained a great reputation for themselves, have told me that they are willing to come and serve our cricket only if this system is rectified.

What they say is if you come to work in a bad system, they will also get a bad name in the end. They also won’t be able to initiate the right thing.

What they request is to first correct the system and then give them whatever job to do in our cricket as they would think is best to do. 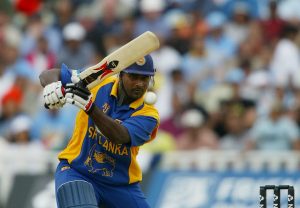 * Gunawardene captained Ananda College, Colombo in its 65th Big Match against Nalanda in 1994

* Towards latter stages in his career in 2007, Gunawardene joined the unofficial Indian Cricket League (ICL), the precursor of the Indian Premier League (IPL) and was banned for one year which effectively finished his playing career

* Post retirement, he won many accolades as a coach

Q: Is an interim committee a solution for the present problem?

A: Yes I think this (cricket) can be run by appointing an interim committee. To tell you the truth, out of about 140 odd clubs which are voting (at the Sri Lanka Cricket Annual General Meeting), about half are not playing any kind of cricket.

I think their votes are bought for money. If a club is not playing any cricket, how can such a club come and elect the national cricket administration?

A: It could be the case. As I have said before, about half of the clubs are not playing any cricket. Therefore they can’t be voting for any love of the game, but for their own benefit. So what is the easiest way to get their vote? That’s the way that you’d mentioned right now (in the above question). 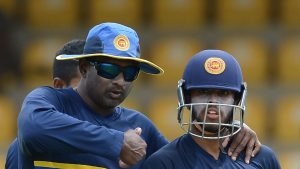 Q: Will there be anything left in our cricket to talk about positively in the future?

A: I actually think that our cricket cannot drop anywhere lower than this level.

I think that out of all the Sports Ministers who have come before, the present Minister (Namal Rajapaksa) has more than enough powers to change this situation.

And also he is a former player who has represented Sri Lanka and captained Sri Lanka. Therefore he should be able to understand what is happening in our cricket right now more than any of his predecessors.

If he is to change this situation, he may not do so to satisfy every individual. He will have to take tough decisions. People will be angry with him. But you can’t help it.

Cricket here in Sri Lanka was something which the people of the whole country believed in, as if it was a religion.

When the team is playing good cricket, people tend to forget all their problems, including their day-to-day economic problems.

How long will we take to come back to the winning ways?

Actually, it won’t take such long time to correct this situation. But you need to make the right decisions and rectify the system. Then it can be done.

But you can’t wait any further. If you wait more, it will be the end of our cricket. Our cricket will then be buried forever. We will go down further in the abyss as we pass more and more time.

Hard decisions are needed to be taken. As past players, we all will support then. That’s because we all feel very sad to see what is happening right now.