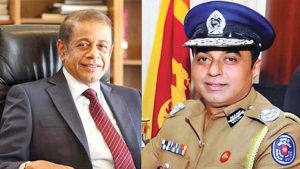 The former Defense Secretary will continue to remain under the CID custody at the Coronary-Care Unit (CCU) of the General Hospital in Colombo, while the IGP was admitted to the Narahenpita Police Hospital where he was taken into custody yesterday (02).

March 11, 2021 byLahiru Pothmulla No Comments
Imprisoned Samagi Jana Balawegaya MP Ranjan Ramanayake has been banned from having any visitors for two weeks after he admitted to the charges of posing for a selfie with MP Harshana Rajakaruna, Priso

Not the promised all-party Cabinet