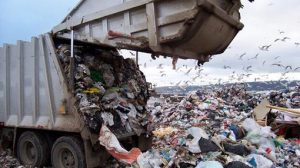 The Ministry of Megapolis and Western Development said that it was not aware if there were employees at the site without valid visas as a Chinese contractor was heading the project.

The Puttalam Division Community Police unit arrested the Chinese nationals and handed them over to the Wanathawilluwa Police station for further questioning.

Ministry of Megapolis and Western Development Secretary Nihal Rupasinghe, when contacted by The Sunday Morning, said that the Ministry was not aware of the arrests.

When contacted by The Sunday Morning, the Wanathawilluwa Police said that they were investigating to see if more Chinese nationals were employed at the site without valid work visas.

An officer attached to the Wanathawilluwa Police said that the seven suspects arrested on Friday were produced before a Magistrate last afternoon.

July 9, 2020 byTSM Web Desk No Comments
Teachers’ trade unions are still dissatisfied with the guidelines that were issued prior to commencing school last Monday (6).

Report of PCoI on Political Victimization handed over to President

December 8, 2020 byLahiru Pothmulla No Comments
The Presidential Commission of Inquiry (PCoI) appointed to look into incidents of political victimization handed over its report to President Gotabaya Rajapaksa today.