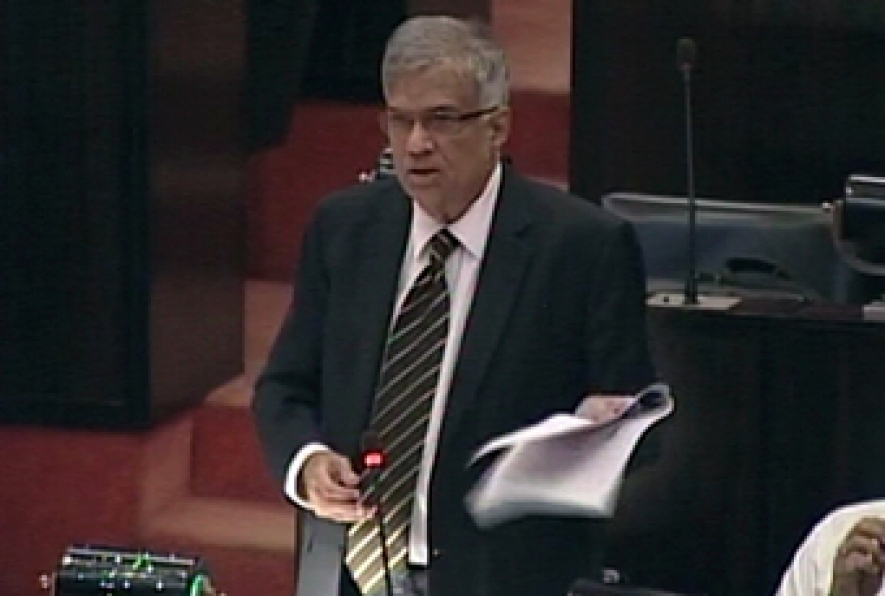 IMF the only way out of crisis: Ranil

With Sri Lanka’s request for financial assistance under the Rapid Financial Instrument (RFI) pending at the International Monetary Fund (IMF) for over a year, former Prime Minister and current MP Ranil Wickremesinghe says that the only way for the country to overcome the current economic crisis is to deal with the IMF again.

He was commenting on a statement made by Minister Bandula Gunawardena after being sworn in as an MP yesterday morning (23).

“The country cannot recover from the situation it is in by talking about the past. I ask the Government to disclose its options if it does not want to deal with the International Monetary Fund,” he said in Parliament.

He said that a number of issues have been raised so far, and requested that Parliament be given an opportunity to speak on this issue. He said that the root cause of the economic crisis was the current pandemic situation, and that the task force had completely failed to control the pandemic.

Sri Lanka submitted its request to the IMF for emergency financial support under the RFI in April last year. In mid-April, then-IMF Acting Mission Chief for Sri Lanka Mashiro Nozaki confirmed to The Sunday Morning Business that this request was being reviewed. Nozaki added that the RFI, if approved, could potentially replace the existing $ 1.5 billion Extended Fund Facility (EFF) arrangement of Sri Lanka with the IMF, of which Sri Lanka has so far received $ 1.3 billion.

However, when we inquired into this matter in April this year, the IMF responded with the following, which has remained its response for the past few months: “In April 2020, we received a request from the Sri Lankan authorities for emergency financial support under the Rapid Financing Instrument. Assessing relevant conditions for the RFI has taken longer than for other countries, due to Sri Lanka’s daunting economic challenges and high public debt. Staff have sought but not reached an understanding on how to fulfil key requirements for the RFI, which include policies to continue ensuring debt sustainability.”

It is said that the companies