‘In Sri Lanka, theory has an elitist aura’

University education in Sri Lanka is at a crossroads as it has to adapt to the new challenges that a seemingly unending global health crisis has thrown up. As it resorts to modes of virtual teaching, The Morning spoke to Prof. Liyanage Amarakeerthi from the Department of Sinhala of the Faculty of Arts of the University of Peradeniya about the specific changes that have taken place in teaching and learning literature, its pre and post-pandemic challenges, and possible visions for the future of literature education in Sri Lanka. Prof. Amarakeerthi is also an award-winning Sinhala novelist, short story writer, and translator.
The following are excerpts of the interview. 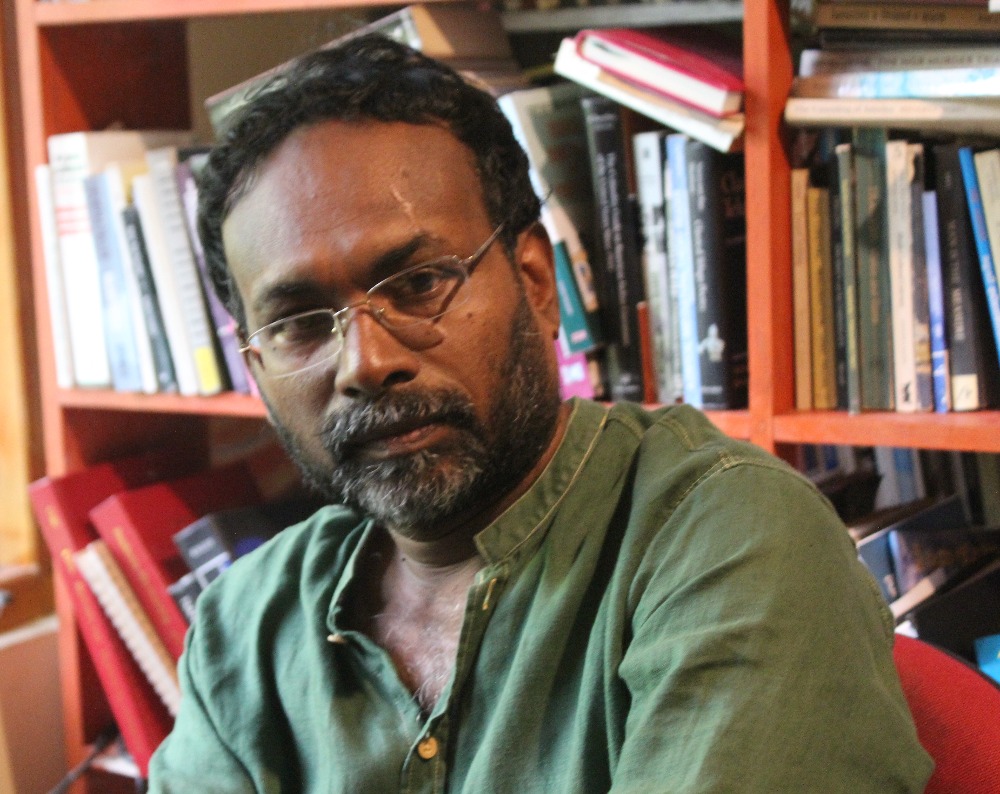 Universities switched to virtual classes after the pandemic. How has it been teaching literature virtually?

Teaching on Zoom has not been totally different from regular classrooms. My teaching is interactive and usually in live classrooms I would walk around and get students to interact. I want to look at their faces. My students from the department of Sinhala wouldn’t speak much in class, so it is very useful to see their facial expressions. The most important aspect of live classes that I miss is being able to look at their faces, their very subtle reactions. When you teach a piece of literature or when you are in the middle of a literary discussion, every once in a while, you see a hint of shock, tension going through their faces, a smile, a giggle.
We don’t get that through Zoom because students don’t turn on their cameras for several reasons. The first reason is the understanding that turning on the camera consumes more data. The second is that they don’t have good internet access in remote areas, and the third is that they perhaps don’t like to do it. I don’t force them. They are sometimes at their houses with classes held early in the morning, and students would not want to turn on their cameras.

Do you think virtual classes have opened up new possibilities?

I manage to get students to speak more on Zoom. Because they are hidden behind this machine, a mask of sorts, because they do not turn on the camera, I feel that the students are reacting better than they do in physical classes. Some students might be intimidated by the presence of the teacher or their peers. But on Zoom, they are alone so that element of intimidation is less. Another aspect is that when they are in their homes surrounded by family, as a university student, they speak up and actively take part in the discussion; they could sometimes impress their family members, maybe to show the family what university education is. So, there are elements that Zoom brings to the table.
However, this is not a supplement. You cannot replace regular live classes with Zoom with or without a camera. When reading a piece of literature or a poem aloud, you experience a sense of surprise. You might have planned your lesson but there is still an element of surprise that you discover in the process of teaching. As a teacher myself, I come into life in the presence of students in a regular classroom. The element of walking in the class as students work is like a play, a performance which is not there in Zoom classrooms.
Students today seem to be more comfortable speaking in front of a screen. It is sad in a way because having your confidence, self-esteem, and being able to speak your mind in the presence of others is what we should be after when teaching these students. But they are more comfortable in conceptual, cubicle-like situations, not even in front of a laptop monitor but a smaller screen, the smartphone. They are comfortable in front of little machines and it is at odds with the typical university sub-culture of celebrated togetherness where students are always seen in groups, in the company of others.

There is a conceptual difference. I teach a course for final year English special students at the University of Peradeniya. It is an introduction to contemporary and classical Sinhala literature. One difference is to do with the background of the teachers. Sinhala literature teaching could be conservative in most courses. It is taught as a part of the cultural heritage, the history, and identity. It is taught as something to be proud of.
One thing with English literature is that it is difficult to claim as a part of a cultural heritage because of the language it is written in. The teachers in English departments are trained better with postgraduate training from foreign universities and are attuned to the critical literary discourses outside the country. In Sinhala departments, most of the classes are taught by young lecturers who are still doing their postgraduate work and even the people who have the postgraduate training are not exposed to the theoretical material you find in English departments. Schools of thought and theories that reflect on and critique society like postcolonial theory, feminist theory, and queer theory, are still foreign to Sinhala departments.
But this is changing now. We have reconceptualised our curriculum and introduced schools of thought such as feminism and its theories. When you teach literature in a conservative way, students end up being conformist. There are conceptual and intellectual gaps between the two departments. Another one of the major reasons for this gap is the lack of western theoretical texts in Sinhala. This scholarship is mostly produced in English and we have recommended them in Sinhala literature courses. But our students cannot read and understand as these texts are complex even for experienced teachers.

How do you think complex material like that can be introduced to university students in a way they can engage with it?

In Sri Lanka, “theory” is presented, received, and talked about with a sense of esotericism. There is an elitist aura about it which can be intimidating. Even if Sinhala medium students want to read a little bit of theory and understand it, the way theory-knowing people carry themselves in society, where their personal conversation could be filled with jargon and name dropping, could intimidate students. That culture is counterproductive in making theoretical knowledge accessible to novice readers who read mostly in Sinhala. When these theoretical concepts from the West were introduced to the country in the 1970s and 1980s, there was an elitist aura about these people.
This was not there among the people who began these theoretical movements internationally, like the early feminist Virginia Woolf. Though their writing about the predicament of women in a patriarchal society were complex, they bring in simple examples from everyday life. One of the failures of our western educated intellectuals is that they fail to connect this knowledge with real life examples of our typical Sri Lankan life. You need to put in an effort and prepare to make such connections and teach complex theory.

Is there a possibility of uniting the teaching of these literatures in Sri Lanka that is now divided along the lines of its language medium?

I tried designing a comparative literature programme, a programme that studies literature across linguistic and cultural boundaries for the University of Peradeniya. It is extremely difficult unless we have the authority to select students. Why can’t we get rid of these national language lines and call it literature, world literature, or comparative literature? Literatures are divided into departments of different languages; they are located next to each other but very few people from the departments talk to each other. Other than an “Introduction to Sinhala and Tamil Literature” course that was introduced into the Department of English in the University of Peradeniya by Prof. Ashley Halpe 20 years ago, we don’t have such courses.
The Columbia University in New York has a course called great books, where texts like Dhammapada and Plato’s Republic can be studied in the same course. But this cannot be done without the power to admit bilingual students to follow these courses. You need to know your English, and Sinhala or Tamil. Such students don’t enter Sinhala departments. If we do introduce such a course, we need lecturers who could teach in all these languages and teachers who are equally qualified in these languages. Good lecturers can be found to teach English literature, but it is a bit difficult to do so for Sinhala. However, since Prof. M.A.M. Nuhuman retired from the Department of Tamil in Peradeniya, it is extremely difficult to find a scholar to teach Tamil literature in English. I think the medium of instruction will have to be English or bilingually between Sinhala and English.
Because of the war, the Tamil academia suffered as it sometimes delayed their postgraduate education. Right now, we don’t have the students and academics to have such a course, to an extent. The biggest issue is that modern literature is named after ethnic groups, which is misleading. We should learn literature of different languages as part of a shared literature. You cannot understand contemporary Sinhala literature without referring to Latin American, French, German, or Russian literature because we have been influenced by so many other traditions. So, what does it mean to say that this is Sinhala literature? It would be better to say that this is a world literature that is written in a local language called Sinhala. When we teach literature under one language, we miss these elements.

October 27, 2020 byCharindra No Comments
The Cabinet of Ministers yesterday (26) decided that the only solution to control the spread of Covid 19 in the country was to ensure that the public adhered to the stipulated health guidelines.