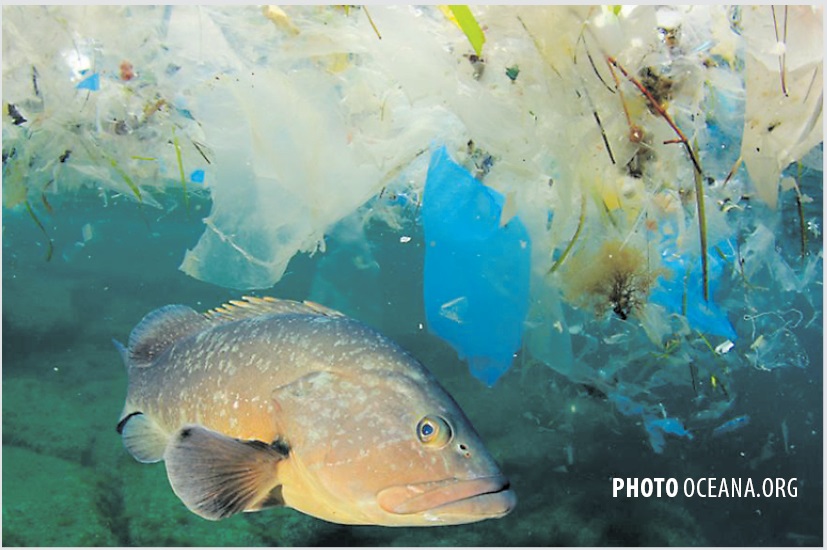 | A growing concern for Sri Lanka

The Food and Agriculture Organisation (FAO) of the United Nations in their technical paper titled “Microplastics in fisheries and aquaculture”, indicated that the global plastic production had reached 322 million tonnes in 2015 with an addition of 61 million tonnes of synthetic fibres in the same year, and expected that it would very likely double in 2025.

The mismanagement of plastic waste had contributed towards the contamination of freshwater, brackish waterbodies, and the ocean resulting in 4.8-12.7 million tonnes of plastic waste entering the oceans in 2010.

In 2018, the National Aquatic Resources Research and Development Agency (NARA) in collaboration with the Institute of Marine Research, Norway launched a study to assess the microplastics in Sri Lankan waters during an ecosystem survey conducted onboard RV Dr. Fridtjof Nansen, an advanced research vessel.

During the survey, the lowest biomass estimate came from the northwest (967 tonnes) and the highest on the continental shelf off Batticaloa in the east (8,173 tonnes). Preliminary results of the survey further revealed that the coastal water of the west was more polluted with microplastics compared to the east, with the highest abundance in microplastics particles in samples collected from the northwest coastal waters (0.85 particles/m³) covering the stretch from Chilaw to the Gulf of Mannar.

The findings published on the above survey also noted that microplastic contamination had contributed to a depletion of nearly 80% of fish stock, which was evident when the fish resources estimation was recorded at between 250,000-350,000 tonnes during the survey carried out in 1978-1980, while the survey in 2018 indicated that the resources had dropped to 53,000 tonnes.

The Sunday Morning spoke to NARA Scientist W.R.W.M.A.P. Weerakoon to get a better understanding about the findings during the mentioned survey and whether the agency could suggest methods to reduce the amount of microplastics accumulating in the ocean. Weerakooon stated that there were four major sources which contribute towards the generation of microplastics in the seas; packaging plastics, industrial material (synthetic textile, cosmetics, and artificial rubber), and abandoned fishing gear which later breaks down into secondary microplastics.

One of the major categories that are identified globally which contribute towards the increased amount of microplastic accumulation is the dumping of fishing gear, Weerakoon pointed out.

Adding that there is an abundance of mismanaged fishing gear, Weerakoon said: “It’s not that the fishermen are purposely doing it, but it can be that due to rough seas and bad weather conditions, they lose their fishing gear, which stays in the ocean. Therefore, a proper method to trace these instruments would largely help in reducing microplastic addition to the sea waters.”

The other thing is to find out eco-friendly ways of fishing and new technology should be introduced to our fishing communities. That way, fisherman could move from using traditional fishing gear such as nylon fishing nets to more modern methods, which should come into practice.

Our fishermen do not have new technology and even if the technology is available, they are faced with financial restraints which prevent them from purchasing and employing such technologies. This is where the Government could get involved; where they could provide the new technology at the Government’s expense at first and gradually recover the cost through an instalment scheme.

Weerakoon stated that during local research the teams had found out that the trawl nets had gathered a majority of the plastic bottles and polythene bags and when the nets get laden with the items, the fishermen would remove them from the nets and throw them back to the sea.

“We are looking to create awareness among the fishermen, so that when they are at sea and if garbage gets caught in the fishing net, instead of dumping it back in the sea they could bring it back to land. With such an initiative we could prevent the bigger plastics from breaking down into smaller pieces.”

Weerakoon also revealed that there are other additives in plastics, and during the degradation process of the microplastic particles that are ingested into biota, they could release harmful chemicals creating a lethal effect.

While the institute is still conducting studies on such instances, they have on numerous instances observed that the biota had ingested a considerable amount of microplastics.

Based on the study that was conducted in 2018 with the involvement of the Institute of Marine Research, Norway, NARA is to conduct a further study with an improvement in research protocol in 2021.

“We will change the way we obtain samples and analyse the data sets. In our previous study, we collected three types of samples; one was from the surface water, the other was a deepwater sample where we collected samples from different depths of the water column, and the final one was sediment samples which were from the ocean bed,” Weerakoon noted.

What the research team had found was that the chemical composition of the categories from the surface was quite different from what was found in the water column and sediment samples.

When the team analysed the samples that were obtained under a microscope, they had observed that there was an abundance of microplastics.

Weerakoon stated that the surveyors should employ a proper method to quantify such matter to understand the larger impact microplastics have on biota such as zooplankton, phytoplankton, and ichthyoplankton.

All attempts made to contact Minister of Fisheries and Aquatic Resources Douglas Devananda for comment on the measures the Ministry is taking to improve the fishing technology and create awareness among the fishermen on keeping our coastal water clean, failed.

July 24, 2021 byNews Admin No Comments
To enrich the learning process of schoolchildren who are homebound due to the ongoing pandemic, the State Ministry of Education Reforms, Open Universities, and Distance Learning Promotion, along with

July 23, 2019 bythemorninglk No Comments
There is much speculation as to how businessman Dudley Sirisena, brother of President Maithripala Sirisena, obtained permission to undertake a large-scale construction project at the Unawatuna beach