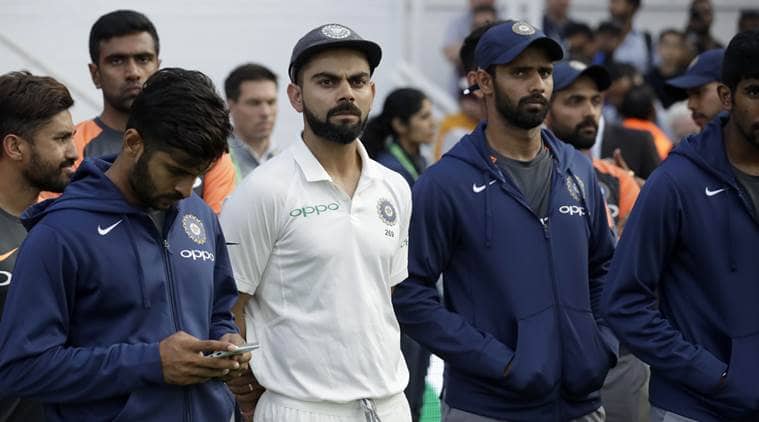 India captain Virat Kohli says that his side have not been outplayed by England, despite a 4-1 defeat in the Test series.

The visitors ended their tour with a 118-run loss on the final day of the fifth Test at The Oval.

“I’m not saying it’s not a fair scoreline because they deserved to win, but it doesn’t mean that we have been outplayed,” said Kolhi.

“Barring the second Test, we have been competitive in every game.”

India lost the second Test at Lord’s by an innings but bounced back to record a huge win in the third Test in Nottingham.

Either side of that, they had chances to win each of the first, fourth and fifth Tests.

In the fifth Test at The Oval, they were 181-7 and only took control of the match in the second innings, after earning a lead of just 40 runs.

“There will be things that we will think about that could have been taken as opportunities,” said Kohli.

“We have no regrets in terms of the way played.”

Despite the defeat, India remain as the world’s top-ranked Test side.

“When both teams are going for wins you will have a result that looks like that,” said Kohli. “England don’t go for draws or play fearful cricket and we decided to play fearlessly as well.

“When that is the case, you will have competitive games, but the better team will win.

“We can take heart, but we also know we have to learn from the things that we didn’t do right.”

Virat Kohli scored 593 runs in the series, at an average of 59.30 with two centuries, three half-centuries and a top score of 149.

Fifth Test at The Kia Oval –

Concerns no more, Australia excited to play in SL

June 6, 2022 byNews Admin No Comments
In spite of having concerns over their visit here in Sri Lanka earlier, the Australian cricket team is “happy” and “ready to play” their three-format cricket series starting tomorrow (7) in Colombo.

March 31, 2022 byNews Admin No Comments
On Wednesday (30), New Zealand defeated 5-0 the Solomon Islands in Qatar and will face Costa Rica in the international playoff hoping to win a World Cup berth.