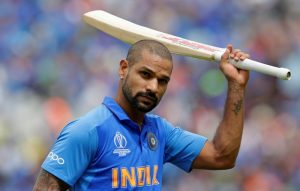 The All-India Senior Selection Committee has picked the Indian squad for the three-match ODI series and the three-match T20I series against Sri Lanka, scheduled in the month of July. All matches will be played at the R. Premadasa International Cricket Stadium, Colombo.

Sri Lanka Cricket (SLC) announced yesterday the arrival of the national team of India on 28 June 2021, to play a white-ball series.

The tour consisting of 3 ODIs and 3 T20i matches marks the arrival of India (men’s) National Team, to Sri Lanka, after a lapse of just over 3 years.

Its previous visit was in March 2018, when they took part in the ‘Nidahas Trophy’ Tri-Nation contest.

‘I am confident this series is going to attract the attention of the cricketing world,  as both teams, which have excelled in the shorter formats of the game, plays an exciting brand of cricket, thus bringing joy to the fans,‘ said Mr. Ashley De Silva, CEO of Sri Lanka Cricket.

The tour will be held under a Bio-Secure Environment.

Indian team’s schedule in SL before the start of the series:

Baduraliya, NCC, Ragama, and Army in the semis

September 22, 2018 byRevatha No Comments
Pakistan's Hasan Ali and Afghanistan's Asghar Afghan and Rashid Khan have all been fined 15% of their match fees for breaching Level 1 of the ICC Code of Conduct