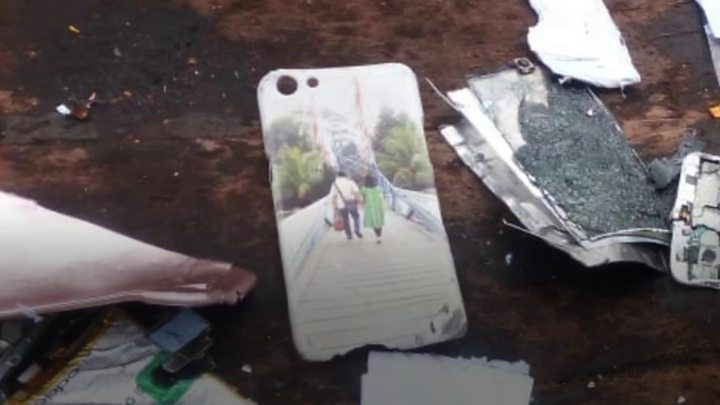 A signal from the black box of the Lion Air plane which crashed on Monday with 189 people on board has been located, Indonesian rescuers believe.

Indonesia’s military chief said divers were trying to check the location some 30-40m (100-130ft) down in the Java Sea but had to battle strong currents.

Flight JT610, a Boeing 737, went down shortly after take-off from Jakarta. No survivors have been found.

The company said its dismissal of Muhammad Asif had come on the orders of the transport ministry.

Representatives from Boeing are meeting Indonesian officials on Wednesday as part of the investigation.

There is no indication so far of what caused the plane to go down 13 minutes after taking off, though a log obtained by the BBC showed the plane had encountered technical problems while flying from Bali to Jakarta the previous day.

What progress is being made in the search?

Search teams have been using an underwater drone, as well as underwater “pinger locators”, to try to pick up the sonar signals from the flight recorders.

On Wednesday, armed forces head Hadi Tjahjanto said rescuers believed a “ping” first detected the previous day came from one of the recorders. He said divers had tried to retrieve it and would make fresh attempts shortly.

“I am sure we will find a black box given the strong indication, and, not far from there, the main body of the plane,” he said, quoted by Reuters news agency.

Efforts to find parts of the plane have been hampered by strong currents and the presence of oil and gas pipelines in the vicinity, said search and rescue agency chief Muhammed Syaugi.

He added that, if found, the plane’s main fuselage would be lifted by crane. A large number of bodies was expected to be trapped inside, he said.

Body parts, debris and personal belongings have already been collected from the water, and body bags are being taken to Jakarta for identification.

Flight JT610 was heading for the western city of Pangkal Pinang when it went down.

Officials say the pilot of the Boeing 737 had asked to return to Soekarno-Hatta airport shortly before losing contact with air traffic control.

The cause of the crash is not known, although a technical log from the plane’s previous flight on Sunday showed one instrument was giving “unreliable” airspeed readings and the captain had to hand over to the first officer. Altitude readings also differed on the captain and first officer’s instruments.

Lion Air Chief Executive Edward Sirait said on Tuesday that the plane had had technical problems, but had been repaired before being allowed to fly again.

Indonesia, a vast archipelago, is heavily reliant on air travel but many of its airlines have a poor safety record.

The country has had issues of safety and poor management in the past and its airlines were banned from flying into European airspace until 2016. (BBC)

January 17, 2020 byTSM Web Desk No Comments
Ukraine’s prime minister has submitted his resignation after an audio recording suggested he had criticized the president, but then appeared to say in comments to Reuters that he might stay in his job