Influx of inmates on cold turkey 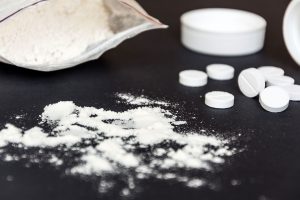 With a sixth inmate committing suicide due to narcotics withdrawal, President Gotabaya Rajapaksa’s war on drugs has caused an immense strain on the country’s already outdated prison system.

Last Thursday (17), another prisoner committed suicide at the Kalutara Prison complex due to unbearable withdrawal symptoms as a result of not being able to satisfy his narcotics addiction.

“On Thursday night, another prisoner hanged himself and committed suicide at the Kalutara Prison. Their addiction is very strong and it’s a serious issue. We are facing a problem here and even though our doctors are providing treatment, the matter is worsening,” Commissioner General of Prisons Thushara Upuldeniya told The Sunday Morning, adding that around 10,000 drug-related offenders are held in prisons across the country as remand prisoners.

He said the prison officials do their best to treat these inmates who are going through withdrawal as a result of being unable to get their fix of whatever narcotic they are addicted to.

“We provide them various treatments. There is only so much the prison doctors can do. As a practice, we do not provide even small doses of the narcotics to stave off an addicted prisoner’s withdrawal symptoms. We provide them with counselling and other medication, according to each case.”

He said that the rehabilitation programmes were only for convicted inmates.

He added that the crackdown on drugs has seen an influx of remand prisoners in a short time span.

The Commissioner General said the sudden increase in prisoners had strained the prison system.

“There are about 10,000 drug-related offenders within prisons across the island, 6,000 of whom were incarcerated within the last two-and-a-half months.”

The Commissioner General said the prisons were facing an issue of drug addicts going into withdrawal and having health issues due to the lack of drugs, along with some cases of suicide and attempted suicide.

“There have been six suicides of drug addicts in the last few weeks within prisons in Sri Lanka due to withdrawal symptoms of going cold turkey to cease addiction. Six persons committed suicide so far,” he said.

He said the suicides took place at the Welikada Prison, Negombo Prison, and the Boosa Prison in Galle as well as Kalutara.

Speaking to The Sunday Morning on an earlier occasion, Upuldeniya noted that as a result of the increase in inmates, the costs incurred by the State too increased drastically.

“The average cost per prisoner went up drastically in just two months, and that too not by a small amount; it is weighing on the prison system. It is crucial that alternative penalties to imprisonment be found for those convicted of drug-related offences,” he said.

He went on to say that the issue of overcrowding within the prison system is getting worse due to the limited prison space and number of prisons in contrast to the high number of convicts and those in remand.

He had said that a temporary solution was to increase infrastructure and other facilities in the prison system itself.

“We are in the process of broadening facilities and increasing infrastructure within prisons such as increasing the number of buildings.”

With regard to the issue of drug addicts facing withdrawal symptoms while incarcerated, the Commissioner General said they were able to manage the situation following the suicides at the latter part of last month.

“We have been able to control the drug addict issues within the prisons. But we do see a large number still being admitted to prison hospitals on a daily basis. It has increased at least by two to three times the usual amount,” he said.

On the note of rehabilitation, the Government earlier this year teamed up with Avant Garde Maritime Services to conduct a prisoner rehabilitation programme – particularly for those on drug-related offences.

The programme was kicked off in June this year and involves prisoners with short sentences being trained in various skills such as carpentry and masonry so as to be skilled workers once completing their prison term.

The Avant Garde Group and its Chairman Maj. (Retd.) Nissanka Senadhipathi will provide the teachers, trainers, as well as meals for the programme. The project would function as a public-private partnership (PPP) between the Government and the Avant Garde Group.

Senadhipathi, speaking to The Sunday Morning on an earlier occasion, said he would gladly bear all the costs for this programme and that prominent companies in the industrial and business sectors were also keen on taking part in the project.

“Prisoners will be utilised after being trained in different kinds of vocations as motor mechanics, carpenters, electricians, and plumbers. Avant Garde is bearing all the costs for this programme and we will continue to give them more facilities. They will be taken to various locations with the supervision of the prison officials and they will be working in those locations. Top-level businessmen and construction agencies agreed to work with us in this programme and hire these prisoners. Access, BMW, Prime Investments, MAGA, and Tudawe Brothers are helping us in this.”

The entire programme is expected to result in the rehabilitation of 5,000 inmates in one year.

“The military will use the resources available to help the Police in its fight against the drug kingpins,” Army Spokesman Brigadier Chandana Wickremesinghe told The Sunday Morning.

He went on to say that military intelligence was also playing a crucial role in this endeavour.

“The military has a wide and strong intelligence network and that too would be utilised to better help the authorities in their efforts to bring an end to the narcotics trade,” the Army Spokesman said.

Laksala to be franchised, first outlet in Florida

August 27, 2021 byAazam Ameen No Comments
Formalities associated with the franchising of Laksala are reported to have been completed.

September 21, 2020 bythemorningeditor1 liberty No Comments
Former Defence Secretary Hemasiri Fernando says he had not been on good terms with former President Maithripala Sirisena in the lead up to the Easter Sunday terror attacks.