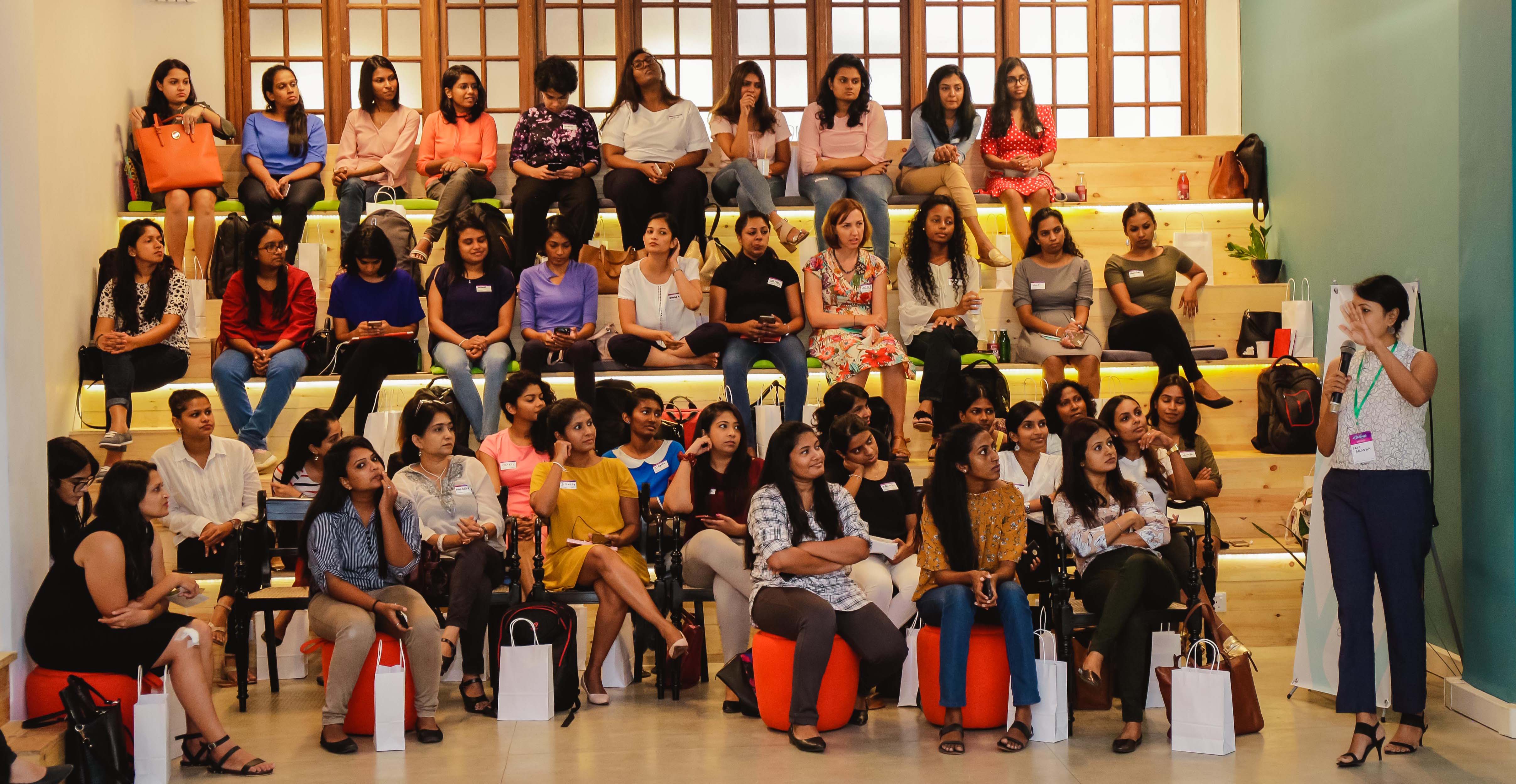 #SheLeads, which took place on 23 March, was organised in light of International Women’s Day. The forum, open to female entrepreneurs, leaders, and working professionals, was attended by a host of speakers who conducted pitch-style short sessions on a number of topics ranging from leadership to entrepreneurship. 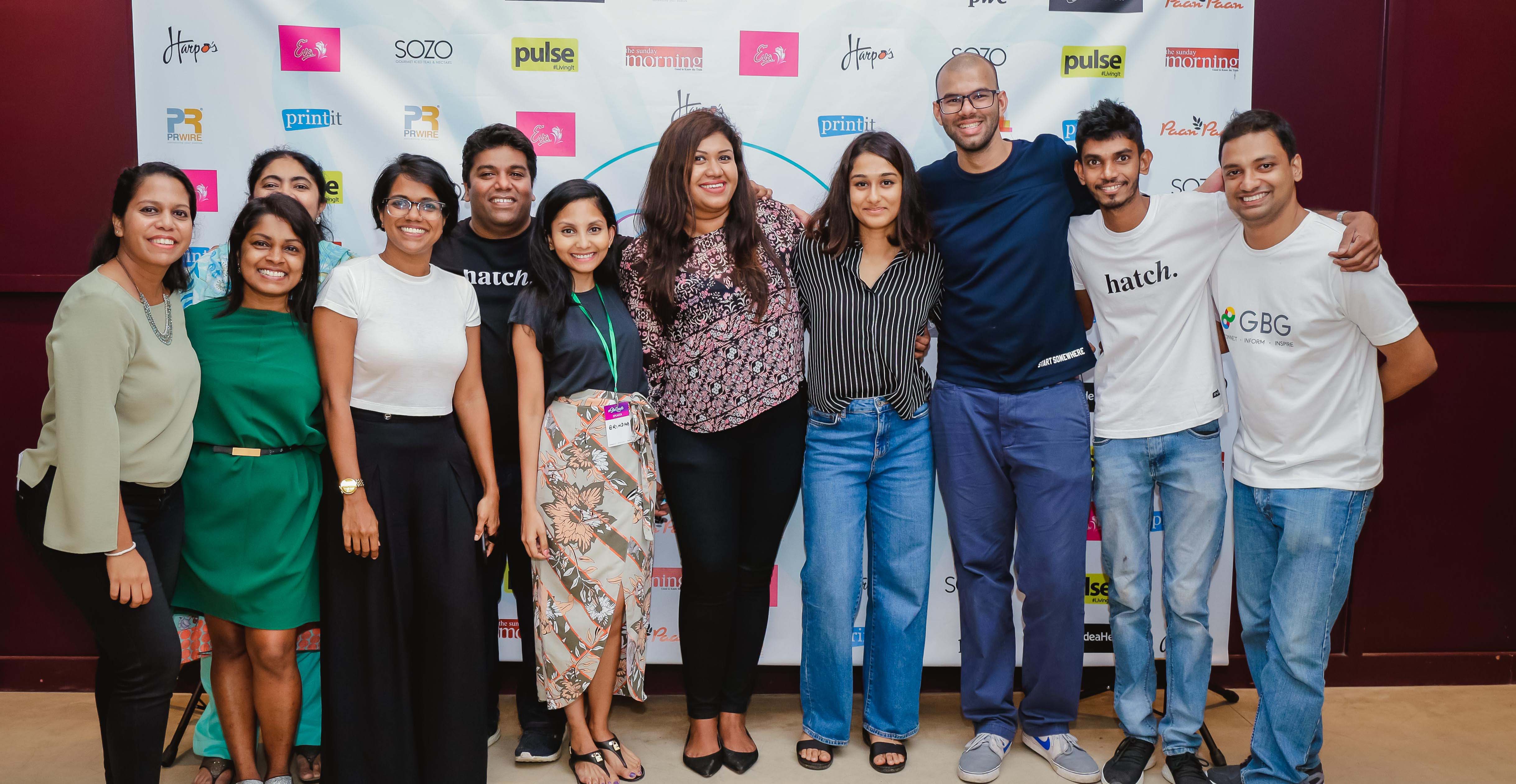 As Google Business Communities Programme Manager Sajini Jayawardena indicated, #SheLeads is a Google programme focused on the empowerment of women, placing emphasis on the provision of new technology, communications, leadership qualities, and everything necessary to break all stereotypes and bridge the gender gap.

Hatch Works Director Brindha Selvadurai on the theme for the evening 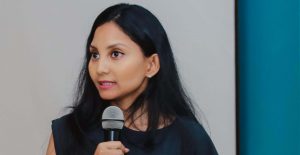 Selvadurai kicked off the session focusing on three key points; women and countries, companies, and the family.

She noted how with the incumbent millennial shift, some countries had responded badly, whilst others responded well.

Sweden, one such country, made provisions and set policies allowing paternity leave for fathers up to a period of five months, whereas countries such as Papua New Guinea, Eswatini (formerly Swaziland), Lesotho, and the US do not provide maternity leave for women.
Selvadurai then highlighted how at present, there had been a shift in corporate structure from the male-dominated top-down hierarchical pyramid to a more flat and circular set-up.

Moving onto her final point, she explained that families formed the foundation and were support systems to many individuals, and one in which females play a key role. She explained that this was essentially due to the higher sense of responsibility needed to take care of a household and children. 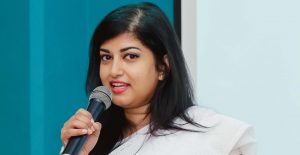 De Alwis’ heartfelt session engaged the audience on the notion of “NO”. “Throughout our lives, when we grow up with these ‘no’s, they tend to become our beliefs and philosophies,” she said. She went on to explain that many barriers exist, limiting us or leading us to believe that we may not be able to accomplish what we wish to. However, she explained that the barriers need to be broken as we are multitalented and flexible. We will face many challenges to get to where we want to be because the world tells us no, but that shouldn’t stop us, she said, adding: “We need to question whether the barriers we claim other women broke are barriers that existed, or barriers that WE believed existed.” 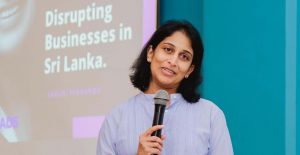 Sharing her take on disruption, Amunugama stressed on the importance of a viable purpose behind every start up: “We need to always give something back to this country. What we give back is what we give to the next generation and that is a fulfilling thought. This is where the disruption comes in.”

Explaining to the audience the start of her venture, she spoke of how she felt the urge to position her company differently to what was made available at the time.

Positioning could be attributed to research conducted over factorial elements such as the environment, competitors, etc. Contrary to popular belief that disruption should only take place during the start of a company, Amunugama made it clear that businesses should continue to disrupt the existing market.

The availability of different options such as print, advertising, and photography within their company enabled them to continue to disrupt the market at the time, all whilst maintaining their individuality.

Personal branding for the online age 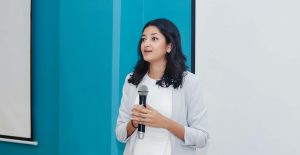 We thought Shenoy’s session was quite engaging as she frequently involved the audience. Focusing on the importance of a narrative in a brand, she said: “I think it’s absolutely crucial for companies to have a strong sense of self. A personality is your story; it’s who you are, what you do, and most importantly, why you do what you do.”

She then went on to emphasise the importance of having a story whilst being aware of your target market. Apart from this, she explained how it was important to present ourselves appropriately on the internet as this becomes crucial in job interviews.

Finally, she shed light on the “scale of insta-morality” which ranges from evil (posting literally just anything and everything), mutual (posting pictures of the sunset, your pool, etc.) and finally “good” (posting pictures on experiences, communities, and supporting other people). 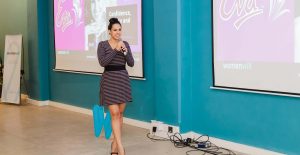 “Confidence is something many of us struggle with on a daily basis, I know I did.”

Siriwardhana engaged the audience with her early experience as a child which ultimately motivated her to get to where she is today. “I had to learn how to be confident and I realised that confidence is something that comes from within – it’s a feeling.”

Listening to her, we realised that doing something you’re passionate about enables you to build confidence and to Siriwardhana, it was dance.

Emphasising on health, she pointed out how we constantly chase man-made things and stressed on the importance of placing health before all else.
The session was made more vibrant with a salsa and jive session in collaboration with Tarja Silva, a 15-minute self-defence programme led by Kunchana Ranasinghe and team, and a power dressing segment hosted by Lonali Rodrigo under the theme, “A girl should be two things: classy and fabulous”.

Opportunities for SMEs and enterprises in 2019 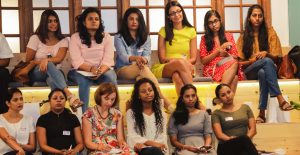 Thilakarathne elaborated on techniques she discovered which helped her tackle work-life balance during her preliminary years. Furthermore, speaking about her initiatives and targets she hoped to achieve alongside her career by 24, she also managed to capture the interest of the audience with a story of the normal lifestyle of a woman in Sri Lanka and the key roles a woman plays in any family, saying: “That’s the perception society has on women nowadays.”

Being a better leader 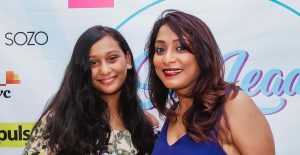 Fernando started off with stories about her family. She spoke of how her father was backward, about women succeeding in “a man’s world”, and facing certain events throughout her life with her son and her family which interfered with her succeeding into a higher role in the community.

She spoke of examples of self-learned strategies and everything she abides by, and went on to relate stories about heartbreaking incidents which formed her into the woman she is today.

Can women have it all?

Anverally’s 15-minute session focused on whether women can actually have it all.

“I always knew I wanted to pursue my dreams, to contribute to society, and to one day, nurture a loving family.” She explained why any woman in the world should be allowed to do all three without having to compromise on anything.

While establishing her company, Anverally was pregnant with her first son at the time. After the company evolved to be incredibly successful and she found herself in need of more time with her kids, even though they were very independent, she divested her company.

Explaining this decision, she said: “I just had to get my priorities straight at the time. And at that stage of my life, my sons and my husband were my number one priority.” Anverally is also well known for being an empowering woman who is constantly empowering others.

One of her closing statements was: “Don’t let society define what you should and should not do. Believe in the power of a dream.”

Understanding your customer and retaining them 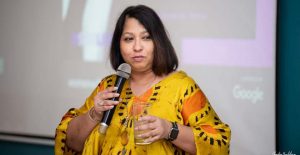 Beginning with her career 30 years ago, De Zoysa used to give a circle of people advice, saying: “Choose a job you love and you will never have to work again.”

Working in the mobile phone industry during its earliest days in Sri Lanka, De Zoyas spoke about how she chose her line of work. “There were so many opportunities and things to do everywhere. But this was my passion.”

Along with having to start from the bottom and work her way to the top in an industry mostly dominated by men, De Zoysa told the crowds about what gave her an edge over most of her employers and how she understood her customers.

From employee to entrepreneur (should everyone jump the bandwagon?) 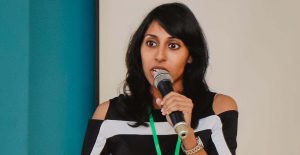 Overcoming the stigma around stay-at-home mothers, along with two sons, Elliyas founded her own business.

Podi Jobs was the first-ever freelance employment platform in Sri Lanka. She went on to talk about the transition as woman from employee to entrepreneur. Beginning with a heartfelt story about her childhood, she talked about everything that led her to where she was. “If you want to take a risk, just do it! It’s always okay to try it out. It’s always okay to fail.” 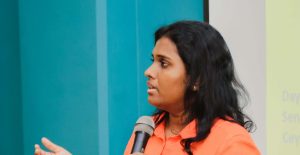 Speaking to the audience about the target market in the industry, Perera supported her theories with statistics and then went on to describe what her job entailed and explained more about the challenges she faced. Perera also focused on the Asia Pacific and its people.

Too much sitting – problems and solutions 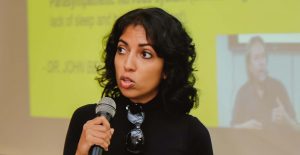 Along with a slide show presentation covering the repercussions of sitting for long periods, the diseases, and effects on muscles that can occur, Wickramatunga presented solutions to all the concerns she raised throughout the presentation.

Concluding the session, she shared some five-minute exercise routines, explained how to create a standing workplace, showed the correct positions in which to sit, and many more.

With the conclusion of the sessions, the attendees then engaged themselves in more insightful activities, including a workshop which of yoga with Miuru Jayaweera, a glam session headed by Amanda Kandage, and a master class in power cooking with Harpos.

You want to build a house, in this economy?

January 21, 2022 byNews Admin No Comments
There are two main aspirations for working adults when they first enter the workforce – to purchase a vehicle and then to build a house. However, considering the current status of our economy, initiat