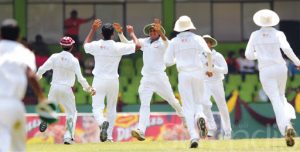 l Under-19 Division-I cricket tournament will commence from middle of March by the Sri Lanka Schools Cricket Association (SLSCA).

This year, the tournament will be conducted as a limited-over tournament due to the Covid -19 pandemic and General Certificate of Education (GCE) Ordinary Level Examination.

The SLSCA has conducted a regular two-day tournament, from September to March every year, so far. The Division-I tournament will consist of Tier ‘A’ and ‘B’. There will be 36 schools in Tier A and B, which will be divided into 18 schools each Tier. There will be five matches each for every team.

The tournament will commence from March 15-20. First round will be completed before 9 April. The final round will start after the Sinhala and Tamil New Year festival. The tournament is scheduled to be over before end of April.

All first-round league matches will be played at the respective home grounds. The quarter-finals, semi-finals, and the final will be worked off on 20, 25, and 30 April respectively. All matches will be played at neutral venues from the quarter-finals onwards. The SLSCA is awaiting the necessary approval from the Ministry of Education (MOE) for the tournament to be finalised.

Wait till Kiwi series is over, SLC requests Harin

August 2, 2019 byRevatha No Comments
SLC Ex Co on Friday, 2 Aug. made an appeal to the Sports Minister Harin Fernando to give time till the completion of the Kiwi series to make changes in the national coaching staff