December 2, 2021 by Naveed Rozais No Comments

Today marks the International Day for the Abolition of Slavery – a day set aside by the UN since 1986 to celebrate the abolishment of slavery the world over.

While slavery, as we know it in the traditional sense, has been largely abolished, the concept of slavery has, over the years evolved, and today, some traditional forms of slavery still persist in their earlier forms, while others have been transformed into new ones. According to the International Labour Organisation (ILO), more than 40 million people worldwide are victims of modern slavery. Although modern slavery is not defined in law, it is used as an umbrella term covering practices such as forced labour, debt bondage, forced marriage, and human trafficking. Essentially, it refers to situations of exploitation that a person cannot refuse or leave because of threats, violence, coercion, deception, and/or abuse of power. 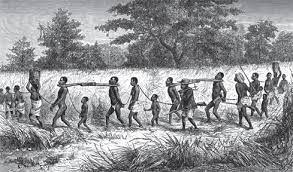 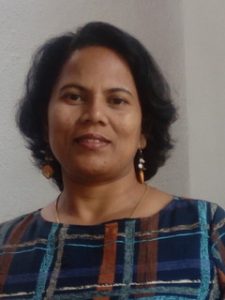 We are all familiar with slavery in the west, especially in the US, where African communities were put to work in plantations as slaves, and even in the east, closer to home, the concept of slavery is by no means unheard of. But what has Sri Lanka’s relationship with slavery been like over the years? Brunch chatted with University of Peradeniya Department of Classical Languages Professor in Western Classics Dr. Chandima Wickramasinghe for a quick look at Sri Lanka’s history with slavery.

As Sri Lankans who were colonised for over 400 years by European powers who embraced the concept of slavery as a workable business practice, we tend to always associate slavery with colonial powers or as an issue that other countries have had to resolve but not something that, until we were colonised, happened in our own backyards (if at all).

However, Dr. Wickramasinghe shared, there is a history of slavery in Sri Lanka dating back to ancient times. How this slavery was implemented, though, is different from how we see slavery today. We find references to slavery through the use of different terms in many different historical sources. The first occurrence or mention of slaves that Dr. Wickramasinghe shared with us was from the Second Century AD with the terms dasa and dasi used to refer to male and female slaves respectively. Another term, vahal (unisex) comes into play from the 11th to 12th Centuries as well. Another term, midhi, found in a 10th Century inscription in Mihintale, also refers to slaves.

“The problem is all these terms have different nuances,” Dr.Wickramasinghe said, adding: “The citations and social statuses of slaves vary as well, from serfs to chattel slaves to bondsmen; these terms encompass all forms of servitude. All these indigenous terms were generally translated into English using the blanket term ‘slave’ but the setup in precolonial Ceylon was far different to what happened in the west. What is clear is that these systems don’t seem to be economically driven to obtain profit like in the west with slave owners and plantations. We see slaves being used more to show off the rank of the person.”

It is important to note that throughout ancient slavery in Sri Lanka, regardless of what form this slavery was, the dignity of different castes was always preserved, and some of the work these slaves did was related to maintaining this caste dignity. Sri Lankan caste distinction only became more and more pronounced as time went on and by the time the Kandyan kingdom rose to power, it was a cornerstone of Sri Lankan life and culture. There were legal measures to guard the caste dignity of a person who had fallen into slavery out of unpaid debt or poverty.

The western powers and their activities in Sri Lanka, starting with the Portuguese from 1505, changed the face of slavery in Sri Lanka. This is when slavery became economically driven, and finding it hard to force the Sri Lankan people to work the way they wanted, the Portuguese began importing slaves from Africa and South India, which appeared more profitable. 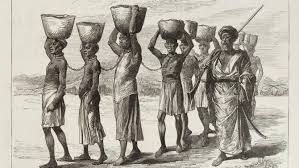 Addressing how this changed the atmosphere regarding slavery in Sri Lanka, Dr. Wickramasinghe shared the perspective that this was when slavery came to be regarded as something inferior because the Sri Lankan people saw these imported slaves (who were often quite dark-skinned, and possibly more dark-skinned than the locals of the time) coming in and working for a white-skinned master with whom they shared no common culture or background – a marked difference to slavery systems within Sri Lanka up to that point. The Portuguese, and then the Dutch, treated their slaves brutally, with Dr. Wickramasinghe even sharing that Sri Lankan children were often kidnapped by the Portuguese and sold off as slaves to other countries.

Ironically, in the 18th and 19th Centuries, British colonists, who took over from the Dutch, looked to abolish slavery, both in a colonial context and especially in the local context, though their motives for this were less altruistic than one might expect. “This was a political move, and why I say that is because when they abolish slavery from the island, they can easily keep other nations out of the island. It was a way to eliminate foreign powers eyeing on the island,” Dr. Wickramasinghe added, noting: “First attention was paid to eliminate slavery in the northern region (Jaffna) and in coastal areas, which were under British control much before the central regions came under British rule. When the system was established in those regions, they started focusing on slavery in the Kandyan region, where aristocrats were the owners of slaves. The British had to persuade local elites to agree with their suggestions towards abolishing servitude, as local elites needed the services of those unfree. It took decades for the British to abolish these systems.”

From 1806 till about 1844, the British persistently worked to abolish slavery within Sri Lanka through various laws, ordinances, and incentives, focusing heavily on slaves needing to be registered. The Kandyan kingdom and culture, in particular, resisted these movements heavily, again, because Sri Lankan slavery, service, and caste systems were inextricably tied together, and many aristocrats were concerned about losing their retinues and social prestige should all forms of local slavery (not all of which were exploitative) be abolished.

Eventually in 1844, after decades of manoeuvring, the British achieved their means through a controversial law that declared all non-registered slaves as free at a time when the majority of slaves were non-registered by their aristocratic owners either in protest or to avoid scrutiny.

With slavery in Sri Lanka being abolished in the 1840s, we asked Dr. Wickramasinghe what happened to the slaves who were freed. The answer is not exactly clean cut. While most of the slaves of African descent appear to have returned to Africa, some did stay, and to date, Sri Lanka has a community descended from those who remained on the island, the Sri Lankan Kaffirs, who have maintained a rich and distinct cultural tradition. 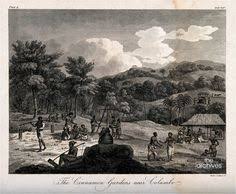 Likewise, many of the slaves of South Indian descent would have also returned to their places of origin, especially because the journey back would not have been a difficult one, but a fair proportion of these slaves chose to stay behind in Sri Lanka and integrate into the local community. Many of these slaves, Dr. Wickramasinghe noted, are likely to have become the base of estate workers in today’s plantations. Sri Lanka’s modern-day relationship with slavery is largely forgotten.

Unlike the west where these slaves formed very vibrant and distinct cultures, the origin of the slaves who came to our shores may have made it easier for them to assimilate into our social fabric. However, to leave it at that paints a rather unequal picture. Take, for example, estate workers, a famously marginalised community who are arguably modern-day slaves, and are in fact likely to have descended from actual slaves, though they may simply have not been referred to as such at the time. Of course, the relationship between Sri Lanka and this community is heavily nuanced and complex, but there are undertones of slavery that come through, right from when they were first officially brought into Sri Lanka in the 19th Century as a means of cheap labour through to our policies regarding them post-independence.

Sri Lanka’s relationship with slavery is immortalised by the name of one of its commercial hubs – Slave Island – which draws its name because this was where slaves were regimented – in line houses and shanties (a rather familiar state of affairs given how estate workers live today) – and was even the base for a rebellion led by slaves against the Dutch in the 18th Century. However, this nuance is often forgotten all these years later as we simply call it by its name without reflecting on what this name means. This International Day for the Abolition of Slavery, which takes place at a time of great social awakening for the entire world, allows us to pose a critical question to ourselves: Is slavery truly gone in Sri Lanka, or does it simply have other names? And what reparations can we be making?

November 7, 2021 byNews Admin No Comments
Music lasts forever, and so, when an artist dies, their work and its impact lives on. Kala Suri Alhaj Kareem Mohideen Baig, or simply Mohideen Baig as we know him, is no exception.

July 28, 2021 byNews Admin No Comments
Have you ever heard of naarang (calamansi) biscuit pudding? Maybe we’re creatively challenged, because not even in our wildest dreams would we have thought to pair together the classic biscuit pudding