Into the Past with Thilak: Cricket at Olympics, Com Games, and Asiads 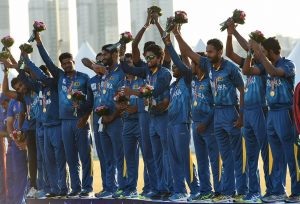 Cricket, a leading team-sport originated in England, was first planned to be held as part of a multiple-country sporting event at the inaugural 1896 Summer Olympics in Athens, Greece. It would have been the only team sport of that Olympics. There were, however, insufficient entries and cricket had to be scratched off in the end.

When cricket was included at the next 1900 Olympics in Paris, only two countries competed in the sport; Great Britain and hosts France. Therefore only one match was to decide the gold and silver medal winners.

The French team, though, was mostly represented by English expatriates, and was officially considered “a mixed team”. The English team was represented by ‘the Devon & Somerset Wanderers Cricket Club’ – not a national team.

The match was played over two days with both 12-a-side teams batting two innings. It did not attract first-class status, though. England won the match by 158 runs to win the gold medal.

A cricket tournament was scheduled for 1904 Summer Olympics held in St. Louis, U.S.A. but was eventually cancelled again, like in 1896.

Only a women’s cricket tournament will be held at the 2022 Commonwealth Games in Birmingham, England, during July and August 2022. The matches will be played under the T20 International format. 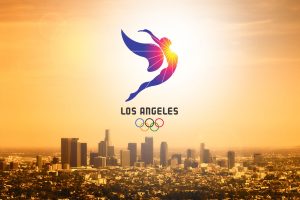 In the 2014 Asian Games in Incheon, South Korea, cricket was played again. Sri Lanka, Afghanistan, and Bangladesh were the medals winners respectively in men’s, and in women’s, Pakistan, Bangladesh, and Sri Lanka were the three respective medal-winners in women’s.

Lahiru Thirimanne was Sri Lanka men’s Captain that time. Chamari Atapattu was the Captain of the Sri Lanka women’s team. The 2022 Asian Games in Hangzhou, China too will have cricket. The format in the Asiad’s cricket had right throughout been T20.

November 8, 2018 byRevatha No Comments
England set an improbable target of 462 runs in just over two days in the first Test

September 24, 2021 byRevatha No Comments
The 2nd edition of the LPL will run from 4-23 December